How to rock out when you're over 35 and not be lame (but for the love of Bowie, wrap it up earlier)

Take it from a Gen Xer: You might be slowing down some, but live rock music is still as vital as it ever was 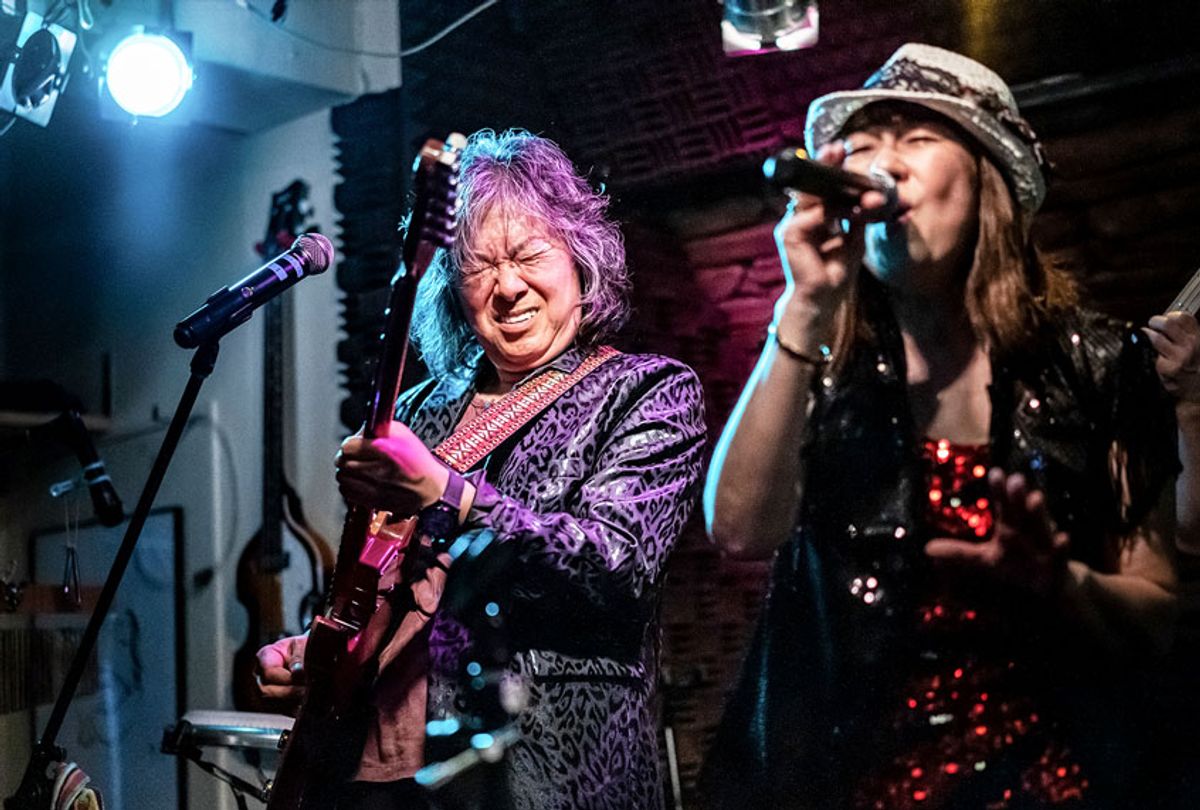 I spent most of my 20s going to one rock show or another, often in dingy punk clubs with audiences numbering in the teens. I lived in Austin, Texas at the time, which was billed the "Live Music Capital of the World," and I fully committed to making the most out of such a place.

It's a youth I wouldn't have exchanged for much besides free world travel. Every band, I saw them, and often before they had any level of fame. I had the stamina to go to all the day shows at South by Southwest every year, and then turn around and go see all the night shows right after snatching a quick dinner while catching up with friends. It's no exaggeration to say I've seen thousands of live shows, of all sorts, in my time.

Life, of course, catches up to all of us, and like most people, music has become a less important part of my life in my 40s than it was in my 20s. Of course, all things are relative, and my downscaled music obsession is still far more fanatical than what most people get even close to in their 20s. I still DJ recreationally. I still make lengthy playlists for friends. I struggle to pass a record store, no matter how busy I am, without going in for a crate dig.

And I still really, really love going to live shows. Not four or five times a week, like I was able to manage in my wayward youth. I'm no longer plugged into the local scene and able to rattle off 15 different unsigned bands I enjoy seeing live.

Still, I follow a lot of bands that tour and make a point to see them when they come to town. And, as such, I've developed a lot of opinions on what makes the live music experience far more fun for the no-longer-20-something fans. With that in mind, here are some thoughts for clubs, bands, and fellow fans on how to make the experience of live music more worthwhile for the over-35 set.

Seriously, in Austin, the headliners at clubs tend to go on at midnight — or later — because the bars stay open until 2 a.m. and they want to wring every minute of alcohol buying out of the crowd. But when I moved to NYC in my early 30s, I found, much to my delight, that stage union rules meant that a whole lot of shows actually end much earlier than that. It was possible to continue seeing bands I loved while still getting up at 7 a.m., which duty and biology demands of me. Yes, even on the weekends, which means that I can still get up early to do all that weekend stuff grown-ups do, like work out and shop at the farmer's market.

The words "doors 8 p.m., show 9 p.m." are the difference between buying a ticket and not. Later than that, and I fully admit, I'll just listen to your record at home instead.

In my teens and early 20s, rock music had a puritanical aesthetic, courtesy of the punk and grunge movements: No costumes, no light shows, no graphic work, and often no instruments besides guitars and drums. Which is fine when you're going to see 10 bands a week, but when you are lucky to get out once a month, it can be a letdown.

Luckily, tracing back to Le Tigre's first tours in the early 2000s, space has been built for rock music to be, well, fun. And Bowie bless the millennials and now Gen Z-ers making new music, they love the light shows and costumes. And, as a cranky Gen Xer, I say keep it up. It's music. It should be about entertaining people.

I bring my own, but many of my even less experienced fellow not-young-anymore music fans who get out even less often than I do probably forgot how loud rock concerts can be. And concerts should be loud! It is, however, time to acknowledge that a little stuffing in the ears is both safer and more pleasant than enduring the shock to the system of certain decible levels. Fans should bring their own, and clubs should sell them cheaply in a visible location.

This one is advice more for my fellow concert-goers, because trust me, both the club and the band want you to dance. Or at least rock out with your socks out. Screw this head bobbing while standing still nonsense. Shake your butt. Throw your hands in the air. Flash some devil's horns with your tongue out.

One of the glories of middle age can and should be realizing that what other people think about you doesn't matter at all. Yes, you look stupid. No, no one cares. Shame is not very rock and roll, and you are at a rock and roll concert.

Buy stuff at the merch table

With the rise of streaming services like Spotify, which criminally underpay most artists, bands often rely more on other sources of income to survive. You, person with a grown-up job and disposable income, can do your part by giving the band money directly at the merch table. I collect vinyl, so I usually buy their record in that format, but if that's not your jam, most bands have a nice array of T-shirts available for purchase.

Best part is T-shirts are so much better than they were when I was young. Back then, you bought a lame Hanes T-shirt that didn't fit right at the merch table and had to mutilate it with scissors at home to add anything resembling sex appeal. Now they have more fitted waists and V-necks and soft cotton that makes a band T-shirt something you might actually want to wear.

Let's face it: Your wardrobe is increasingly being taken over by L.L. Bean or Ann Taylor. This is your only remaining chance to wear something that reminds you that you are not actually as boring as you look. I still wear band T-shirts until they are falling apart in the wash, and it's one of those things that reminds me, in the midst of paying bills and doing my actual job, who I really am.

And always remember: Iggy Pop is 72 years old and still brings it when he performs live

So you're not too old to discover new music, play it loud, and to let you hair down on occasion when your favorite bands are coming to town.