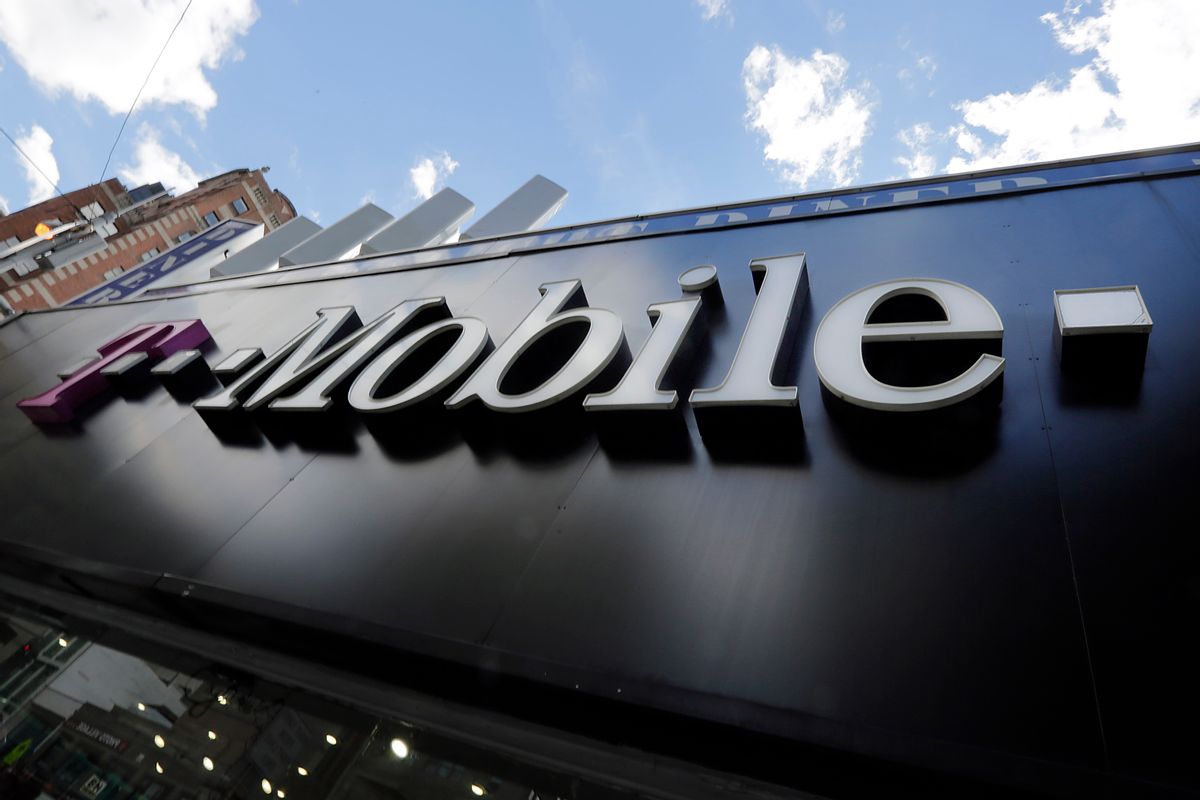 Consumer advocacy groups on Tuesday sharply condemned a federal judge's decision to approve the planned merger of T-Mobile and Sprint, the nation's third- and fourth-largest wireless carriers, warning that the $26.5 billion deal could lead to higher prices and worse service.

The group Public Citizen declared on Twitter that "this merger is a monopolistic disaster" and told consumers to "expect prices to rise and service to suffer."

The ruling (pdf) Tuesday from Judge Victor Marrero of the U.S. District Court in Manhattan came in a lawsuit filed by the attorney generals of 13 states and the District of Columbia, which is the merger's final hurdle. Critics have long denounced the deal as "blatantly anti-competitive," but federal regulators signed off on it last year.

The U.S. Department of Justice approved the merger in July on the condition that Sprint sell off some parts to the satellite television provider Dish Network Corp. and Republicans on the Federal Communications Commission voted in favor of the deal in October — after Chairman Ajit Pai, an appointee of President Donald Trump, spent months advocating for it.

New York Attorney General Letitia James, who led the suit with California Attorney General Xavier Becerra, said in a statement that the coalition challenging the merger is considering its next step, including a possible appeal. She also urged Americans to hold the wireless providers accountable and expressed concerns about severe consequences if the deal goes through.

"Today's decision marks a loss for every American who relies on their cell phone for work, to care for a family member, and to communicate with friends," said James. "From the start, this merger has been about massive corporate profits over all else, and despite the companies' false claims, this deal will endanger wireless subscribers where it hurts most: their wallets."

"There is no doubt that reducing the mobile market from four to three will be bad for consumers, bad for workers, and bad for innovation, which is why the states stepped up and led this lawsuit," she added. "We disagree with this decision wholeheartedly, and will continue to fight the kind of consumer-harming megamergers our antitrust laws were designed to prevent."

Becerra echoed James' comments in a statement, vowing that "our coalition is prepared to fight as long as necessary to protect innovation and competitive costs."

Consumer advocates thanked the attorneys general for, in the words of Free Press vice president of policy and general counsel Matt Wood, "working so hard to stave off this terrible result." Since news of the judge's decision leaked late Wednesday, Wood has responded with a pair of statements.

"People already pay way too much and have hardly any choices in a consolidated mobile and broadband marketplace," he said. "It's hard to believe a sitting federal judge could be so unaware of the realities of this industry and the track record of phone and cable companies, but here we are."

Wood accused Marrero of "showing a stunning lack of awareness and attention to the facts when he credits the claims of T-Mobile executives that their company will compete just the same as ever, even after swallowing its biggest rival for lower-priced service." However, "the judge was not alone in willfully ignoring or failing to grasp the harms caused by removing a competitor from this already highly concentrated market," he added, calling out Trump's DOJ and FCC.

Ultimately, Wood warned, "this deal will be most harmful to the two carriers' poorer and more urban customer base, who will pay dearly for this combination after yet another failure by our nation's antitrust enforcers."

In a statement, Greenlining Institute technology equity director Paul Goodman also expressed disappointment "that the judge approved a merger that will harm communities of color and low-income communities."

"The fact that information regarding the judge's ruling leaked before the judge issued his decision," Goodman added, "is highly unusual and raises serious questions about a merger review process that has already been tarred by T-Mobile's backroom dealings" at the DOJ and FCC.

Former FCC Commissioner and current Common Cause special adviser Michael Copps highlighted that "all of the evidence in this proceeding shows that this merger is inherently illegal under antitrust law" and "even evidence presented at the trial revealed the companies' executives acknowledged prices for wireless service would rise if the merger was approved."

Copps reiterated concerns that "low-income and marginalized communities who rely on more affordable services from T-Mobile and Sprint may find themselves displaced from wireless access" and commended the coalition of attorneys general.

"Robust and affordable broadband and voice services are essential to a 21st century democracy. A marketplace where Verizon, AT&T, and T-Mobile are allowed to call of the shots will only serve to widen the digital divide," he said. "Our antitrust laws were designed to block blatantly anti-competitive mergers like this one. If our laws are no longer sufficient, then Congress must step in to improve them. Otherwise, we can expect to see more industry consolidation where consumers will pay the price."

Open Markets Institute legal director Sandeep Vaheesan warned that Marrero's ruling has broader consequences because it "empowers all corporations seeking dominance through mergers and acquisitions." The judge's decision, he said, "underscores the need for bright-line rules that deter harmful consolidation and channel business strategy toward product improvement and investment in new capacity."

Meanwhile, T-Mobile CEO John Legere celebrated Marrero's ruling as "a huge victory for this merger" and repeated his company's claim that "the New T-Mobile will be a supercharged Un-carrier that is great for consumers and great for competition." Sprint executive chairman Marcelo Claure said that "Judge Marrero's decision validates our view that this merger is in the best interests of the U.S. economy and American consumers."

The Hill noted Tuesday that "one judge and a California panel still need to sign off on the merger, though it's unlikely either of those will kill the deal."