Israeli-Palestinian talks are still on hold 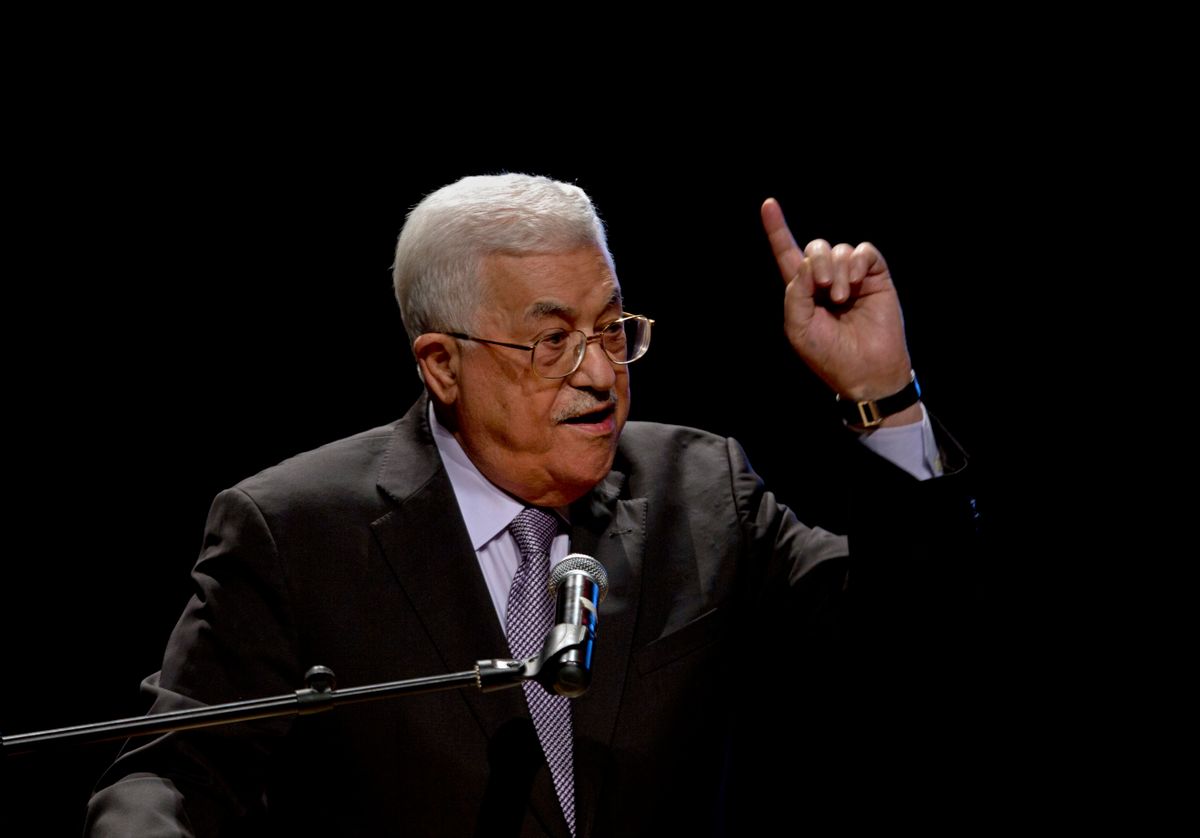 FILE -- In this Oct. 1, 2016 file photo, Palestinian President Mahmoud Abbas, speaks during a conference in the West Bank City of Bethlehem. Abbas told Palestinian diplomats in Bahrain on Wednesday, April 12, 2017, that he will take "unprecedented steps" to end the political division between his West Bank-based autonomy government and the Hamas-run Gaza Strip. Measures will likely include more financial pressure on Gaza, after he recently slashed salaries of 60,000 ex-civil servants and members of the security forces by one-third. (AP Photo/Majdi Mohammed, File) (AP)
--

Palestinian President Mahmoud Abbas has delivered a dramatic condemnation of the U.S.-drafted Middle East peace plan. No country, except Israel, has approved of the proposals at any public forum.

Still, several nations around the world want the Palestinians to use the plan as a means of reopening negotiations with Israel by presenting its own vision.

Whether this is possible under the current leadership is an open question. Abbas is in his waning years and Israeli Prime Minister Benjamin Netanyahu draws support from the rightest of the right wing.

Gesticulating, Abbas compared the U.S. peace proposal, presented in January by President Donald Trump, to "Swiss cheese." Holding maps dating back to 1948 of shrinking Palestinian space, Abbas asked 15 United Nations Security Council members on Tuesday: "Who among you would accept such a state?"

"Every time I look at this map, I lose hope," he said. He also backed an international conference, but it received little support.

The plan is painful for any Palestinian and largely devised by Netanyahu's team working with U.S. envoy Jared Kushner. It calls for a two-state solution, as UN resolutions have for decades.

But then it relegates a future Palestinian state to a third of what was envisioned 25 years ago in the Oslo Accords, the beginnings of a peace process that ended in stalemates, particularly after the assassination of Israeli Prime Minister Yitzhak Rabin in November 1995.

Scattered in the newly proposed state are a plethora of Israeli settlements guarded by Israeli security. In Jerusalem, the plan relegates Palestinian control to impoverished suburbs. Most of the world regards the settlements as illegal.

Before the Trump administration, the United States for years supported the creation of a Palestinian state with adjustments to Israeli boundaries before the 1967 Arab-Israeli war. Nothing worked.

What the others said

U.S. Ambassador Kelly Craft said the Trump administration's 181-page peace plan was a basis for negotiations and could be subject to changes.

"It is an opening offer," Craft told the Council. It is "a conversation that is a starting point, not a finishing line. … It is not set in stone. … It is the beginning of a conversation — not the end of one."

Britain was a bit more conciliatory compared to a slew of negative comments in the 15-seat Council, complimenting the U.S. efforts. Ambassador Karen Pierce said her country now "looks to the Palestinian leadership to offer its own vision for a settlement" and to find a way to negotiate.

"In line with the long-standing EU position, we remain committed to a negotiated two-State solution, based on 1967 lines, with equivalent land swaps, as may be agreed between the parties, with the State of Israel and an independent, democratic, contiguous, sovereign and viable State of Palestine, living side by side in peace, security and mutual recognition."

The EU members as well as Britain, which has just left the EU, expressed opposition to Netanyahu's announced intention to officially annex the Jordan Valley and other parts of the West Bank.

The Jordan Valley and the northern Dead Sea constitute almost 30 percent of the West Bank. Nearly 65,000 Palestinians and some 11,000 Israeli settlers live there. Israel has already taken over most of the land.

Abbas had supported a resolution that Tunisia, representing Arabs on the Security Council, had circulated, but the government in Tunis objected and recalled its ambassador after calls from Washington, diplomats said.

A milder version was then circulated, but an American veto could not be excluded. So while Abbas said his envoys would introduce another measure, none has appeared yet.

Abbas ended his stay with a meeting and press conference with former Israeli Prime Minister Ehud Olmert who said he was ready to resume negotiations on a peace plan they discussed in 2008 which Abbas had not accepted.

That plan would have a near-total Israeli withdrawal from the West Bank and international supervision over Jerusalem's holy sites, among others. Olmert, however, was forced to resign in 2008, indicted for corruption and sent to prison for 16 months.

Abbas welcomed Olmert as a man of peace and a "dear friend." He also said Palestinians should use the opportunity of the Trump plan to reopen talks.

In response, Israel's UN ambassador, Danny Danon, criticized Olmert for meeting with Abbas and said the Palestinian leader should not have come to New York but instead "he should come to Jerusalem."

One of the sharpest critics of the U.S. plan is diplomat Martin Indyk, a respected fellow at the Council on Foreign Relations, former vice president of the Brookings Institution and himself once a negotiator in the Middle East.

"The Trump team simply resolved the issues by sleight of hand: it decided each of the final status issues — borders, security, Jerusalem, refugees, and mutual recognition — in Israel's favor before the negotiations even begin," he wrote.

Indyk said that after the upcoming March 2 election in Israel, it could annex the Jordan Valley regardless of whether or not Abbas resumed negotiations.

"The Palestinians can reasonably ask: what, then, is left to negotiate?" Indyk wrote.

But Indyk too said Abbas should be willing to negotiate and draw in the Arab League, outlining how generating Arab support might have an impact on Israel.

"Palestinians cannot beat something with nothing," he said.