No barriers at the polls, but a post-Election Day poll tax for drivers. 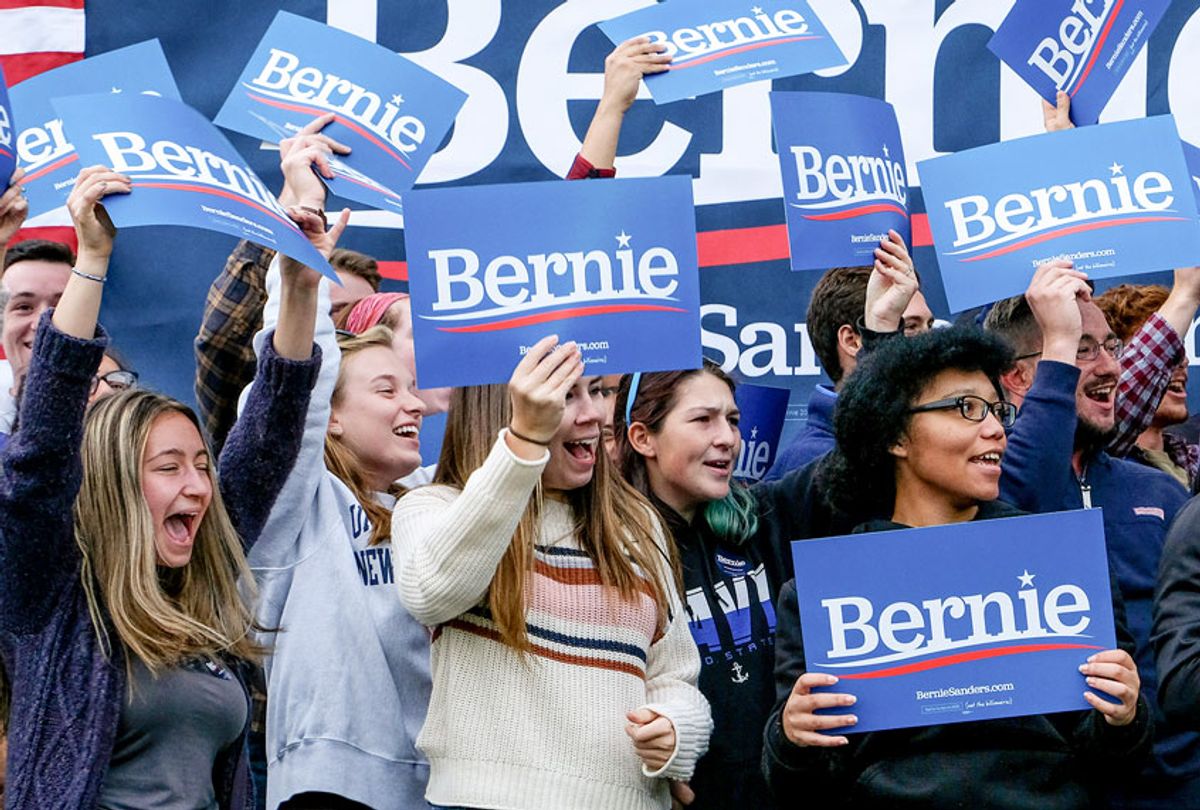 In 2016, New Hampshire Gov. Maggie Hassan, a Democrat, was elected to the U.S. Senate by a 1,017-vote margin. Even though both parties spent millions on the campaign, the key to Hassan's victory was thousands of college and university students who registered to vote and cast ballots on Election Day.

The power of student voting was noted by Republicans who took over New Hampshire's legislative and executive branches in early 2017. They soon passed a law to suppress student voting with a sly hidden poll tax. It required out-of-state students who voted and drove to get a New Hampshire driver's license and register their cars with the state within 60 days. The law has been challenged in court, and litigation is ongoing.

"The students don't like this because it is a lot of money in New Hampshire," said Linda Rhodes, who co-founded New Hampshire's Indivisible chapter and has been working with a handful of state and national groups to encourage student voting. "So what the New Hampshire Youth Movement and the New Hampshire College Democrats and the NextGen people are doing is giving very clear information to the students. They are saying, 'Don't worry. You can vote. Just go vote.' And you shouldn't have to worry about this. This law is in the courts anyway."

The epicenter of the surge that elected Hassan was Oyster River High School in Durham. It is a short walk from the University of New Hampshire's largest campus and saw more than 3,000 students show up to register and vote in November 2016. In 2020's first presidential primary, the open question was: Would months of student organizing overcome partisan voter suppression?

By 3:30 p.m. on Election Day 2020, as several town officials stood behind tables in the gym where a trickle of people fed hand-marked paper ballots into an Accu-Vote scanner, a few remarked that the student turnout so far seemed less than in past years. Barely 800 people had shown up to register that day and to vote. Durham officials set up a massive registration operation in a nearby lunchroom, where 12 long tables with two clerks at each awaited walk-ins to help them to register.

"Normally, we expect by noontime that it's pretty steady with students, and it just hasn't seemed to be," said Lorrie Pitt, Durham town clerk and tax collector, who turned to Moderator Christopher Regan. "Do you think they're not busing them" from UNH on campus transit?

"Typically, by three in the afternoon, we are usually getting a pretty steady flow of people, and it goes through to six or a little after," Regan said. "Then we usually have a big enough python [snake-like line] that we are then [able to] work through."

But two hours before the close of voting, something not evident inside the town's sprawling setup had shifted. A surge began. A line of mostly students snaked into the same-day registration center. The town's deputized staff went to work. Those waiting in line faced few delays.

The people who showed up also faced no barriers when it came to filling out voter registration forms, declaring party affiliation, and possibly signing an affidavit if they did not have documents with them attesting to their citizenship, residency or age. Once the paperwork was done, they were given a green slip and told to go to the gym and present it, and their ID, to get a primary ballot and vote.

"I was told before that I just needed my driver's license," said Emma Pryor-West, a UNH student and political science major from Massachusetts. "But they said you needed your passport or birth certificate to get through. They just made us sign an affidavit, so it was pretty quick and easy."

Pryor-West said that she wanted to vote in New Hampshire because its primary had more impact than voting in Massachusetts. She appreciated the ease of same-day registration, but said that New Hampshire's paperwork had apparently increased.

"I had to write a paper on voter registration in New Hampshire," Pryor-West said. "I feel like in years past it was more lax. That's what I've been told by other people. But I'm from Massachusetts. I had registered in that state, which is much harder than here because there is no same-day registration, and you also have to have proof of residency and not just proof of domicile [which UNH gave to its students]."

When the Durham precinct closed, 1,456 people had registered that day and voted—out of 5,583 total voters. Its Democratic primary had 4,922 voters. Its Republican primary had 661 voters.

The GOP law targeting student voters is sly because New Hampshire, otherwise, is a voter-friendly swing state. It is one of the few GOP-led states with same-day voter registration. It also is among the few states that allow registrants to sign an affidavit if they lack any documents attesting to their identity, citizenship or age. In other words, there was no apparent Election Day obstacle to voting. But there can be additional expenses should new voters be out-of-state students who drive or own cars.

Notably, none of the documents or affidavits in the registration room at Oyster River High School made any mention of what follows after out-of-state students registered and voted—the 2017 law's requirement that they get a New Hampshire driver's license and register their car within 60 days. Durham officials weren't mentioning it. And neither were students asking about it, said Ann Shump, one of Durham's three voter checklist supervisors.

It's unclear why student voting patterns differed slightly in 2020. It may have been initially slower because there was not a contested Republican primary. A student surge came after classes ended, which Linda Rhodes attributed to grassroots organizing.

"The youth groups worked very hard to get out the vote and make sure HB 1264 didn't make much of an impact," she said after the polls closed.

In the months before 2020's first presidential primary, student organizers across the state said that they had been pushing fellow students to vote. That effort was apart from the 2020 presidential campaigns and their efforts to use digital tools to track and turn out their base.

"It's more how we use relational organizing, how we're using the infrastructure of our friends, of friends of friends, of these already established organizations on campus," Parsons continued. "And in that way, if we're texting other students, or using social media to promote this knowledge."

Katie Smith, communication director for the college Democrats, said students generally knew that they had been targeted but weren't aware of the specifics. That meant her group and others had to reach out and fill in those blanks.

"At the end of last year and early fall, most students were aware that something was happening with their right to vote, but they didn't know what," she said. "Throughout the fall and throughout this winter, we've been really boots to the ground in terms of, 'You can vote in New Hampshire. This is what you need to vote.' Most students at Dartmouth don't have cars, but there are students in New Hampshire that do obviously.

"It's more about informing them that they can vote, because the misconception was they are not able to vote at all—as opposed to the intricacies of 'You may need to get a license.'"