Trump wants to leave his stamp on federal buildings 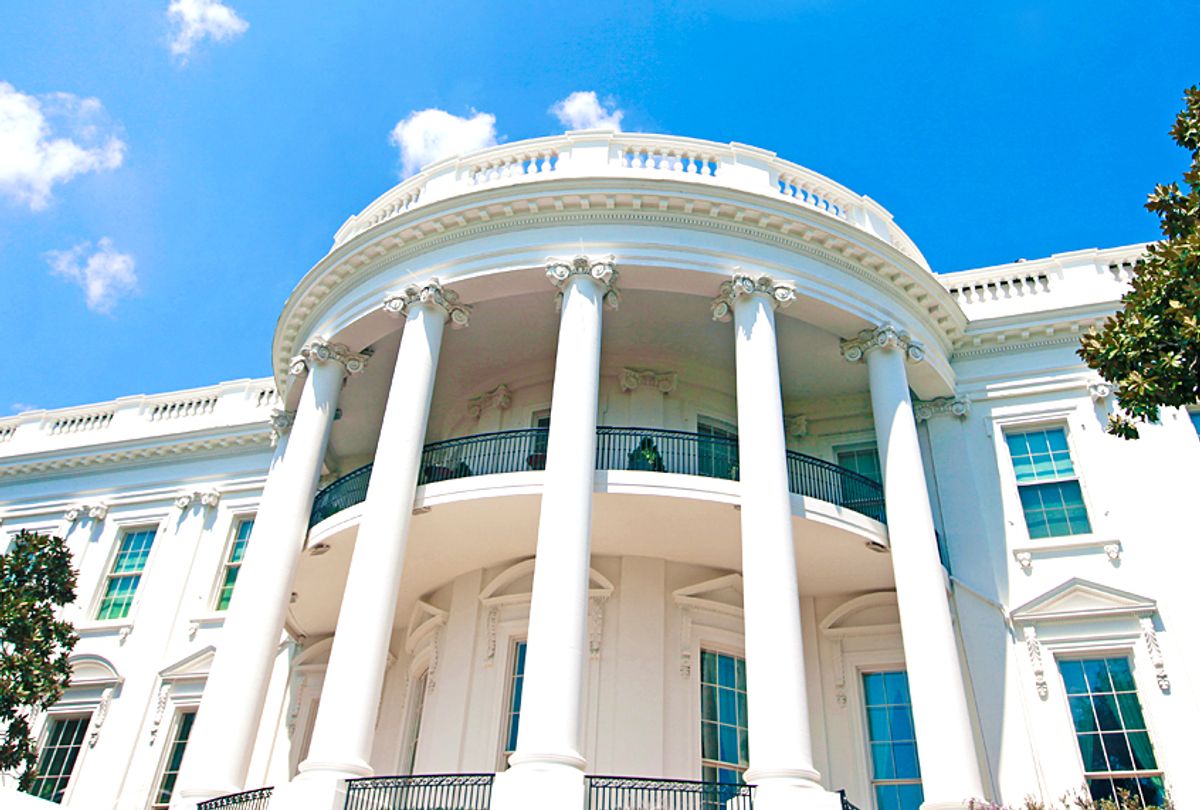 In a fascinating article, The New York Times said the White House is proposing an executive order to make all new federal buildings look akin to the White House.

The White House believes there needs to be a singular approach set by Donald Trump, a guy who has proved himself uninterested in the arts. But architecture? I guess as a builder, Trump sees himself as an expert.

Will the White House insist on gold drapes next?

By picking a classical approach inspired by Greek and Roman architecture as the default, Trump would at once underscore a conservative approach to architecture. He would step on the creativity of the nation's architectural artists who might try to match, say, form and function of a new building.

Plus, it is a little late for a call to uniformity, isn't it?  Do we think that the Smithsonian Institution (which is exempted) and the Air and Space Museum were designed by the same person? Or should have been?

The Times described a draft of an executive order called "Making Federal Buildings Beautiful Again." It was spearheaded by the National Civic Art Society, a nonprofit group that believes contemporary architecture has "created a built environment that is degraded and dehumanizing." The order would govern the design of office buildings, headquarters and courthouses, or any federal building project contracted through the General Services Administration that costs over $50 million.

Hey, Mr. President, don't stop here. You could as easily dictate that all paintings now be portraits or landscapes in figurative styles, that all music be Kid Roc-inspired knockoffs, that all movies be G-rated and that they all mention you in a positive light at least once.

This president has distinguished himself:

Here's what the architectural whisperers said:

"For too long architectural elites and bureaucrats have derided the idea of beauty, blatantly ignored public opinions on style, and have quietly spent taxpayer money constructing ugly, expensive, and inefficient buildings," according to Marion Smith, the group's chairman. "This executive order gives voice to the 99 percent— the ordinary American people who do not like what our government has been building."

The executive order would instead put national aesthetic opinion in the hands of Trump, the man who has brought us the Trump Tower and other buildings known for their garishness.

Architects told The Times this squashes creativity and imbues the president with power that doesn't belong with him. The Times quoted Roger Lewis, architect and retired professor of architecture. "At the most fundamental level, it's a complete constraint on freedom of expression. This notion that the White House has expertise or knowledge or understanding of architecture and design sufficient to allow them to mandate that all federal buildings be classically styled is absurd."

Trump has criticized the Federal Bureau of Investigation headquarters on Pennsylvania Avenue whose appearance Trump has criticized as brutalist. At the National Gallery of Art, one building finished in 1940 reflects classical style. One completed in 1978 is triangular and more modern.

Actually, the executive order would set a high  bar to get approval for any style other than classical. It would  require approval by a presidential re-beautification committee  with final OK by the White House.

According to The Times, the order also accuses the government's Design Excellence Program, which directs the federal government's multibillion-dollar building program, of encouraging the proliferation of modern stylesar. It argues,  "The federal government has largely stopped building beautiful buildings the American people want to look at or work in."

The administration's draft order, which was obtained by The New York Times, suggests an abrupt reversal of that ethos. "Classical and traditional architectural styles have proven their ability to inspire such respect for our system of self-government," it says. "Their use should be encouraged."

Trump's style at his own personal properties favors gilded furniture, marble flooring and Louis XIV-style flourishes. But two of his higher-profile business projects, including the Trump Tower at Columbus Circle in New York City and The Trump Tower in Chicago, were built with modernist influences, noted The Times.

I agree with Michael Kimmelman, The Times' architecture critic. He says, "Just to have this argument feels demeaning.

"Who knows what classicism ultimately means, but the draft order makes it come across as awfully prim and petty."

From where I sit, the discussion of an executive order for architectural style fits perfectly in the current efforts at suffocating any thoughts that challenge Trump's own. In Trump World, there is no reason for specialized knowledge or even appreciation, no science or artwork that can top the Trump gut. There is a need to lean heavily on ever-recreating the decisions of the past.

The only good news in the proposed executive order is that Trump has not insisted on having his name emblazoned on building fronts.