Probing the corporate manipulation of science

In “The Triumph of Doubt,” David Michaels shows how paid experts are used to downplay risks and sow uncertainty 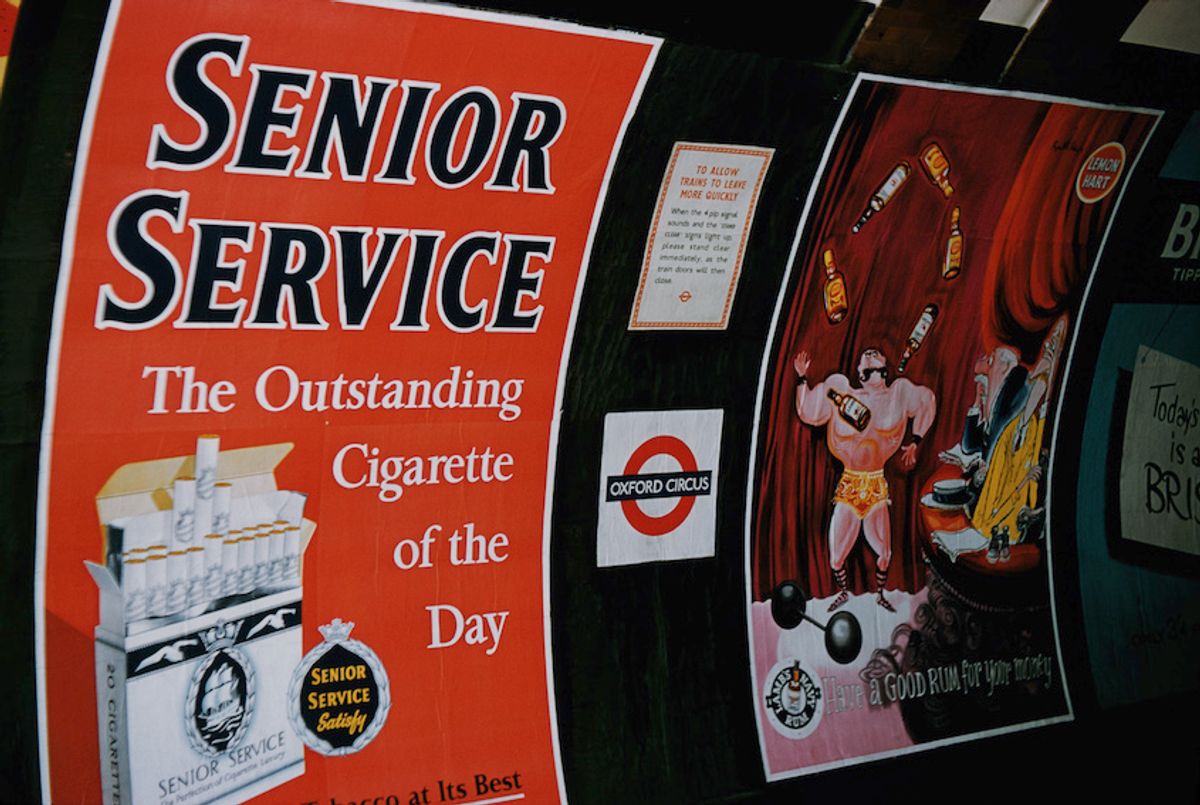 Their secrets are out — the tobacco industry's decades-long campaign to undermine the science linking their products to cancer and other deadly diseases has been the subject of numerous media reports, scholarly papers, books, documentary films, and even a Hollywood movie.

In his meticulously documented new book, "The Triumph of Doubt: Dark Money and the Science of Deception," David Michaels shows that Big Tobacco's well-known denial tactics have not faded into history, but instead have become an integral part of corporate America's standard business practices.

Michaels is a professor of environmental and occupational health at the George Washington University Milken Institute School of Public Health and previously served as assistant secretary of labor for the Occupational Safety and Health Administration under President Obama. His new book joins others, like "Merchants of Doubt," "The Heat Is On," and "Deceit and Denial," that have examined corporate manipulation of science, and it continues an exposé he began with his 2008 book, "Doubt is Their Product: How Industry's Assault on Science Threatens Your Health,'' which delved into how the tobacco industry sowed confusion over smoking's health risks and succeeded in delaying regulations that would cut into their profits.

In his new book, Michaels documents how these same gambits are being put into play across a wide array of industries. Whether the issue is opioid addiction, climate change, or the health consequences of sugar, silica dust, diesel exhaust, or even America's most-watched professional sport, vested interests are standing by with paid experts to direct the conversation away from known harms to focus instead on uncertainties, real or imagined.

"Rare is the CEO today who, in the face of public concern about a potentially dangerous product, says, 'Let's hire the best scientists to figure out if the problem is real and then, if it is, stop making this stuff,'" Michaels writes. Instead, they open the Big Tobacco playbook, which says that it's always easier to dispute the science than debate the policy.

When faced with the impeding regulations, companies don't argue against oversight. Instead, they insist that any regulation must be based on "sound science," a term invented by the tobacco industry to prevent or confuse scientific consensus. What makes the strategy so effective is that it uses the language of science to undermine inconvenient findings produced by legitimate scientific inquiry.

The trick here is that no science is ever sound enough. Science can only reduce uncertainty, not eliminate it, so by fanning unfounded doubts and demanding extreme levels of certainty before taking action, companies and their agents can delay government regulations, sometimes for decades. Truth eventually comes out ("there are no 'alternative facts' in science," Michaels writes), but companies stand to make a whole lot of money in the interim.

"We don't expect mercenary scientists," Michaels writes, but he argues that too often, that's exactly what we're getting — "a cabal of apparent experts, PR flaks, and political lobbyists who use bad science to produce whatever results their sponsors want."

Consider what happened in the early 1990s when the NFL began to see signs of a possible epidemic of brain injuries related to the game. Then-NFL Commissioner Paul Tagliabue announced that the league was forming a Mild Traumatic Brain Injuries (MTBI) Committee, which would "scientifically investigate concussion and means to reduce injury risks in football." Michaels notes that even the name itself gave the impression that these were just mild injuries — nothing much to see here. Rather than filling the committee with renowned brain researchers or independent neurologists, Michaels writes, Tagliabue enlisted people who could be trusted to protect the league's interests — representatives from the NFL Team Physicians Society, the NFL Athletic Trainers Society (now the Professional Football Athletic Trainers Society), and NFL equipment managers.

Committee Chairman Elliot Pellman was Tagliabue's personal physician, a rheumatologist with no specific expertise in brain trauma or neurology. He, and some of the other committee members were also consultants to some NFL teams, which meant that they were personally responsible for taking part in decisions about whether concussed players were too hurt to return to the game. "Consciously or not, they were not likely to welcome the idea that sending players who had been knocked woozy right back onto the field might contribute to their risk of long-term brain damage," Michaels writes. "Independent they were not."

For eight years, the committee published nothing. Its main purpose, according to Michaels, was to show that the league was doing something. Eventually the group did have something to show. Between 2003 and 2006 it published 13 papers in a single journal, Neurosurgery, whose editor happened to be Michael L.J. Apuzzo, medical consultant to the New York Giants. These papers had methodological flaws that virtually guaranteed that they would find few neurological effects, Michaels writes, adding that these problems were so apparent that the journal published cautionary reviews in tandem with the committee's papers.

Eventually, of course, the charade was ended. High-profile deaths among former NFL players who were diagnosed with the degenerative brain disease chronic traumatic encephalopathy post-mortem were too difficult for the league to ignore, so the NFL brought more qualified experts in to study the problem. It also gave the National Institutes of Health $30 million in what was originally called "unrestricted" funds to study the problem, but when they learned how the money would be spent — on a grant to a researcher who had filed an affidavit in a case brought by players against the league — it pulled out. The NFL wanted science, but only if it wouldn't make the game look too dangerous.

In chapter after chapter, Michaels details how scenarios like this played out as corporate interests sought to downplay risks of everything from alcohol to industrial dust, sugar, and VW's diesel emissions.

Among the best known and most serious examples concerns opioid drugs. As the opioid crisis unfolded, the drugs' makers suppressed certain studies, misrepresented others, and elevated any scrap of evidence that could support their positions that the drugs didn't pose any special addiction risk, Michaels writes. They even invented a new diagnosis, pseudoaddiction, to make their product seem less dangerous.

The idea behind pseudoaddiction, Michaels writes, was that "a craving for opioids accompanied by behavior aimed at obtaining the drugs — addiction, in common understanding — was in fact driven by the still unrelieved pain for which the patient had been prescribed the opioid in the first place — pseudoaddiction."

The concept took off, even in the absence of any real evidence. "And the best way to treat pseudoaddiction? More opioids, of course," Michaels writes. Hidden amid the hundreds of articles discussing pseudoaddiction were a half dozen papers challenging the notion of pseudoaddiction — all published by physicians who were not receiving funding from the drugs' manufacturers. "It was not a fair fight," Michaels writes. "The results were predictable. The bogus, well-moneyed work overwhelmed the serious science."

The book's combative and unflinching tone surely reflects Michaels' state of frustration as he shows how many of the same people who had worked for the tobacco industry are now selling their doubt-making skills to other industries. Meanwhile, hired experts with long records of downplaying evidence to hold back regulations have found a home in the Trump administration, where they're running the very regulatory programs they'd build careers undermining. For instance, the EPA was readying regulations to limit exposure to formaldehyde, a carcinogen, until a Trump appointee who had formerly worked for Koch Industries, a major formaldehyde producer, stepped in to halt the effort. Trump's current Bureau of Land Management head, William Perry Pendley, previously ran Mountain States Legal Foundation, which worked to undo endangered species protections. Pendley has openly favored selling off federal lands, lands he is now in charge of managing.

Such "regulatory capture," as it's called when the industries an agency oversees gain control over its agenda, is not new (the Obama administration, for instance, was accused of regulatory capture for the technology industry), but Michaels argues that it has reached new levels in the current administration. He ends the book by outlining steps that could be taken to correct course — make producers pay for the research on their products' safety but hand control of the studies to truly independent scientists, for instance — but he implies that whether this will happen may be up to voters to decide in November.