Don't underestimate the ability of trees to combat the climate crisis

While carbon reduction in other realms is key, planting vast groves of trees is a crucial part of saving Earth 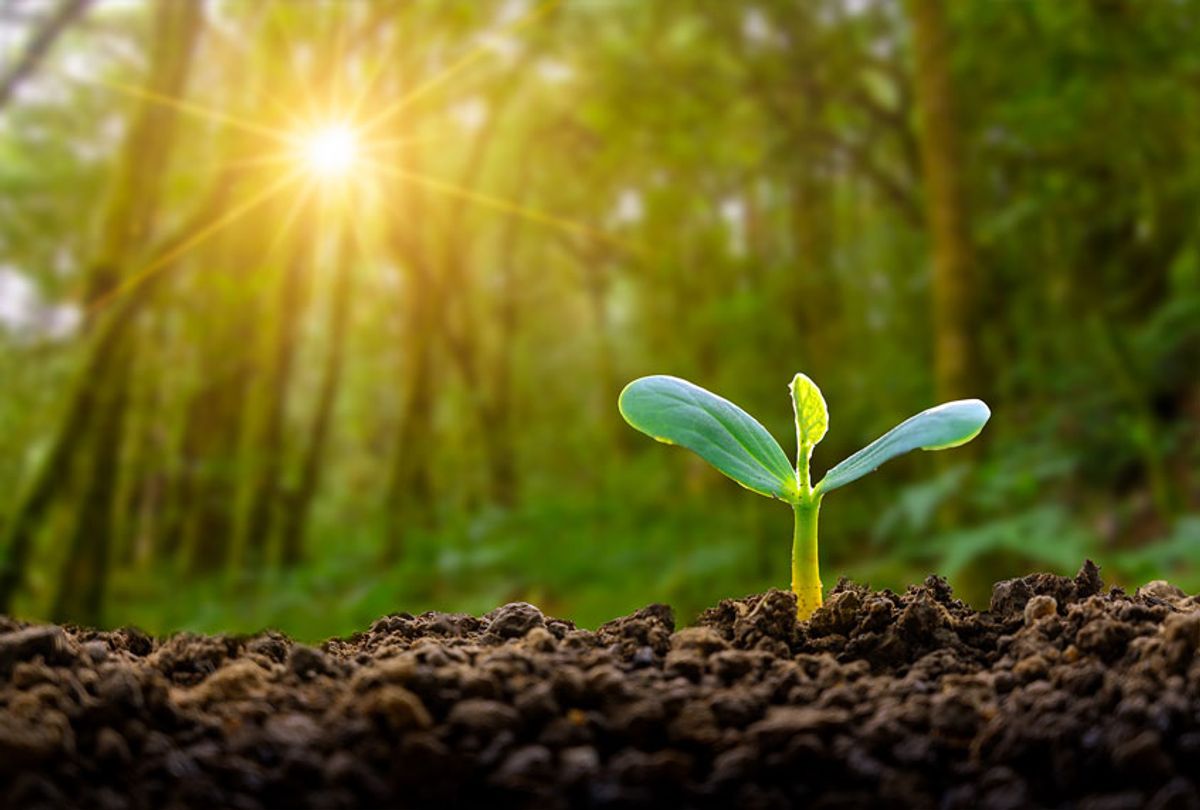 A tree sprouting in a forest (Getty Images)
--

Trees are having a moment in the media, and there are a lot of numbers being thrown around. From YouTube stars to politicians to business luminaries, some of the world's most influential leaders are talking about how many trees it will take to combat climate change.

Notably, the ease and scalability of planting trees have caught the attention of corporations, investors, and employees, as well as sparking the imagination of average citizens. Planting trees is a simple, hugely effective strategy that can have widespread, positive repercussions for the environment.

Wondering whether the focus on tree-planting is just greenwashing the issue, advocates for the environment are raising some important questions: How do we ensure that trees are planted in the right places at the right times, so that they thrive in their environment and contribute to the surrounding ecosystem? How can we plant trees and respect local economies and ways of living? Can we responsibly source the space – or even the trees – for billion- and trillion-tree plans?

Trusted organizations like the Arbor Day Foundation, where I work, think about these questions every day. We have been for years. It's crucial to plant alongside experienced local partners who determine important details like the species and spacing of trees, time of year, and specific locations to plant. Making projects in managed forests a priority helps the world's most effective tree-planters ensure new trees' longevity. Gaining the support and consent of local and indigenous communities is also essential. Working thoughtfully leads to a high success rate, ensuring that together, we can address some of the world's most pressing issues, including climate change, with a solution as simple and as elegant as trees.

Trees are an efficient, effective and economical way to remove carbon from the air. Studies have estimated that the world's forests, grasslands, and wetlands can remove 10 gigatons of carbon from the air each year - more than 1/3 of the emissions we need to cut to keep global temperature increases below two degrees Celsius. Forests account for most of this.

Our society faces many challenges. Air and water pollution are rampant. Weather patterns are shifting at an alarming rate. And people's well-being is affected by urban settings lacking in green space. It's time for all of us – individuals, corporations, and governments – to step up and make a change for good.

Perhaps the most powerful part about planting trees is that it's something we can all get behind. We live in a divisive world, and it seems like trees might be the one thing everyone can agree upon.

Trees are no silver bullet for these issues – after all, no silver bullet exists. But tree-planting initiatives also shouldn't be seen as a distraction. When it comes to making a positive change, we need something to rally around – and now more than ever trees are the starting point for greater collective action.

Dan Lambe is President of the Arbor Day Foundation.