According to safety advocates, Polaris machines have a history of catching fire, even after recalls and fixes. 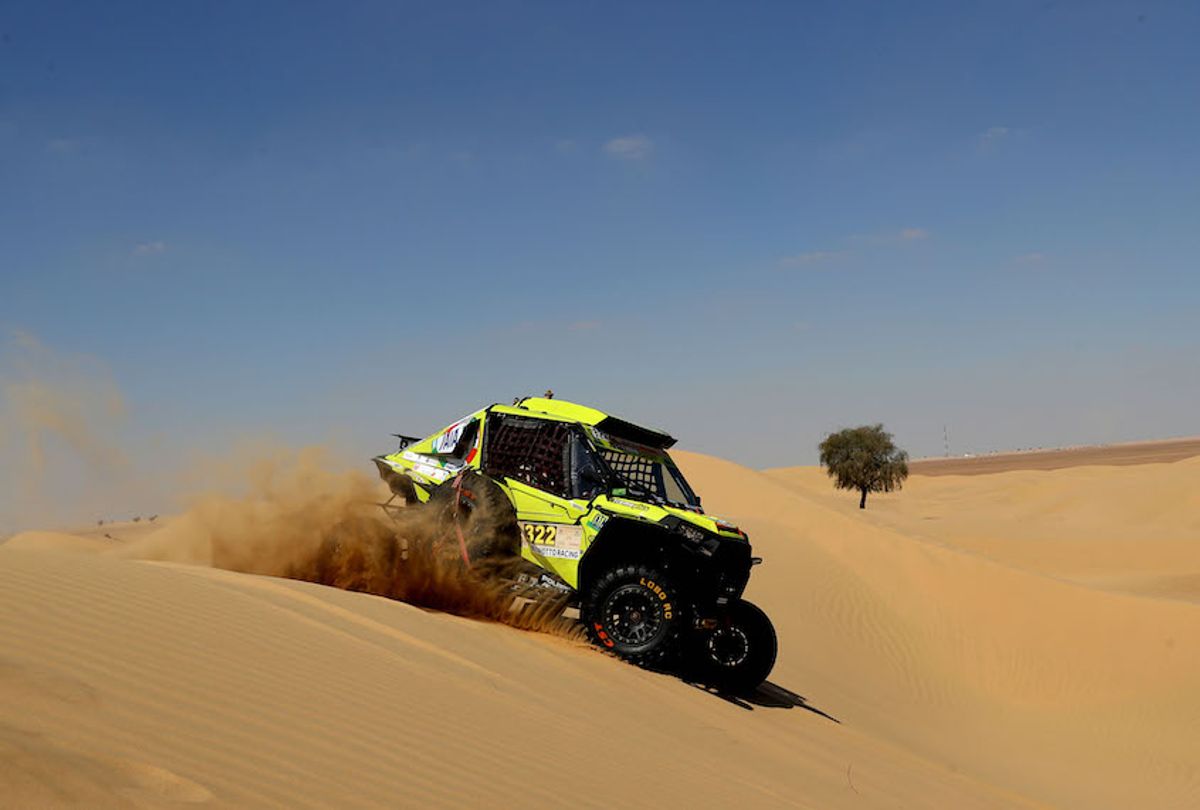 Polaris Industries, which boasts of being a global leader in sales of off-highway vehicles, also has the dubious distinction of being the No. 1 company for recalls, according to a new report.

The nonprofit Consumer Federation of America documented  110 recalls for various defects in off-road vehicles since 2010. Polaris — a top manufacturer of some of the most popular trail machines, including both all-terrain vehicles (ATVs) and recreational off-highway vehicles (ROVs) — has had 35 official recalls, by far the most of any company, along with five other actions described as stop sale/stop ride notices.

Asked to comment on the recall report, a Polaris spokeswoman said that "when an issue is identified, we are proactive and vigilant about finding the solution."

Unlike two of its competitors, Polaris had no official recalls involving fire hazards in 2019, a departure from the recent past. In recent years, Polaris has had to recall hundreds of thousands of vehicles due to fires linked to at least four deaths and dozens of burn injuries. In 2018, the Medina, Minnesota-based company agreed to pay a record $27.25 million fine for failing to promptly notify the U.S. Consumer Product Safety Commission about fire hazards.

In 2019, Polaris posted five stop sale notices on its website, four of them involving fire hazards. The last fire-related notification, made in December, warned riders that some 2019-2020 Ranger XP 1000 models were equipped with incorrectly routed fuel lines. Overall, the four notices covered 79,508 vehicles and nine reported incidents, which weren't described, and no reported injuries.

Sean Kane, president of the consulting firm, Safety Research & Strategies Inc., highlighted the notices in a recent blog post about Polaris' history of fire-related recalls.  He said the notices were not posted on the CPSC website, which routinely publishes information about official recalls. Kane has consulted for plaintiff attorneys with cases against Polaris.

An agency spokeswoman said there were recalls for two of the vehicles mentioned in the notices — the 2019 PRO XD and 2019 RZR XP models. But both recalls dealt with brake failures, not fire hazards, in some units.

Under the Consumer Product Safety Act, manufacturers are required to inform the commission about product defects that could endanger consumers. But the agency has very limited power to issue mandatory recalls, so it tries to push companies to do voluntary ones. Even so, many companies choose instead to issue stop sale/stop ride notices. Unlike a recall, these notifications are not the product of negotiations with the agency, and typically do not draw as much public attention. A CPSC spokesman said manufacturers are free to issue these notices whenever they wish.

Rachel Weintraub, general counsel for the Consumer Federation of America, said it's troubling that the agency allows companies to send notifications instead of issuing recalls through the CPSC. She said that recall information doesn't reach as far when it's not shared by the commission.

"We increasingly struggle to ensure that consumers know about recalls and take the recommended action by the CPSC," Weintraub said. "When something is not called a recall, when the CPSC is not engaged, it decreases the likelihood that consumers will engage, and it's confusing."

Safety advocates contend that getting accurate information to customers is especially important because Polaris machines have a history of catching fire, even after recalls and fixes.

In January 2019, Jason Henke was riding in his ROV in Arizona when it caught fire on the highway. According to a lawsuit Henke filed, this was the second time a Polaris vehicle he was riding burst into flames. When the first machine went up in smoke in 2015, Henke asked Polaris for a refund, which the lawsuit says the company refused. Instead, the complaint said, Polaris offered him a new version of the same vehicle — a 2015 RZR XP 1000.

Another lawsuit stemmed from a vehicle fire last February. California residents Chad Reis and Thomas Lamb allegedly suffered burns when the 2019 RZR Turbo in which they were riding caught fire on a trail in Riverside County, east of Los Angeles. Several months later, Polaris issued a stop ride notice for some 2019 RZRs, citing fire hazards. Polaris spokeswoman Jessica Rogers said the company disagrees with the allegations in both lawsuits and intends to "vigorously defend our products."

Rogers said the safety of riders is a top priority for the company. She noted that stop sale/stop ride notices are a component of the company's recall process.

"While we partner with the CPSC on all off-road vehicle recalls, our first priority is to promptly inform our customers of the safety concern," Rogers  said in an email. In some cases, she continued, Polaris communicates with consumers ahead of formal recalls, but also notifies the CPSC about any stop sale/stop ride that is issued.

Both the Henke and Reis lawsuits contend that Polaris has neglected underlying fire hazards in its off-highway vehicles. The suits claim that Polaris' powerful "Prostar" engine and exhaust system are prone to generating excessive heat that can damage machines and harm riders. The suits claim that Polaris has been aware of this for years but has failed to eliminate the hazards. Instead, the company has spent millions of dollars on recall and public relations efforts to persuade consumers that its trail machines are safe, according to the lawsuits.

"The recalls they keep doing are just Band-Aiding over the overarching problem, which is rooted in the architecture of the vehicles," Kane said.

The Consumer Product Safety Commission has been working with industry groups, without success, to address fire-related problems in off-highway vehicles.

As reported by FairWarning, the agency in 2015 was moving toward adopting mandatory safety standards for ROVs when the industry, led by Polaris, persuaded Congress to block the action. As a result, the commission has been forced to try cajoling manufacturers into strengthening their voluntary standards.

In September 2018, CPSC staff met with members of three trade groups—the Outdoor Power Equipment Institute, the Recreational Off-Highway Vehicle Association and the Specialty Vehicle Institute of America—to recommend that they beef up their voluntary standards to address fire risks.

But in a follow-up meeting in June 2019, industry representatives said that developing standards to address fire problems would be challenging, and that these incidents occurred infrequently. CPSC staff noted that recalls and investigations showed that additional voluntary standards could reduce many of the recurring fire problems.

Staff met with industry members again in December 2019 to discuss voluntary standards for fire hazards, but the meeting materials have not been made public. Calls by FairWarning to the Recreational Off-Highway Vehicle Association and the Specialty Vehicle Institute were not returned.