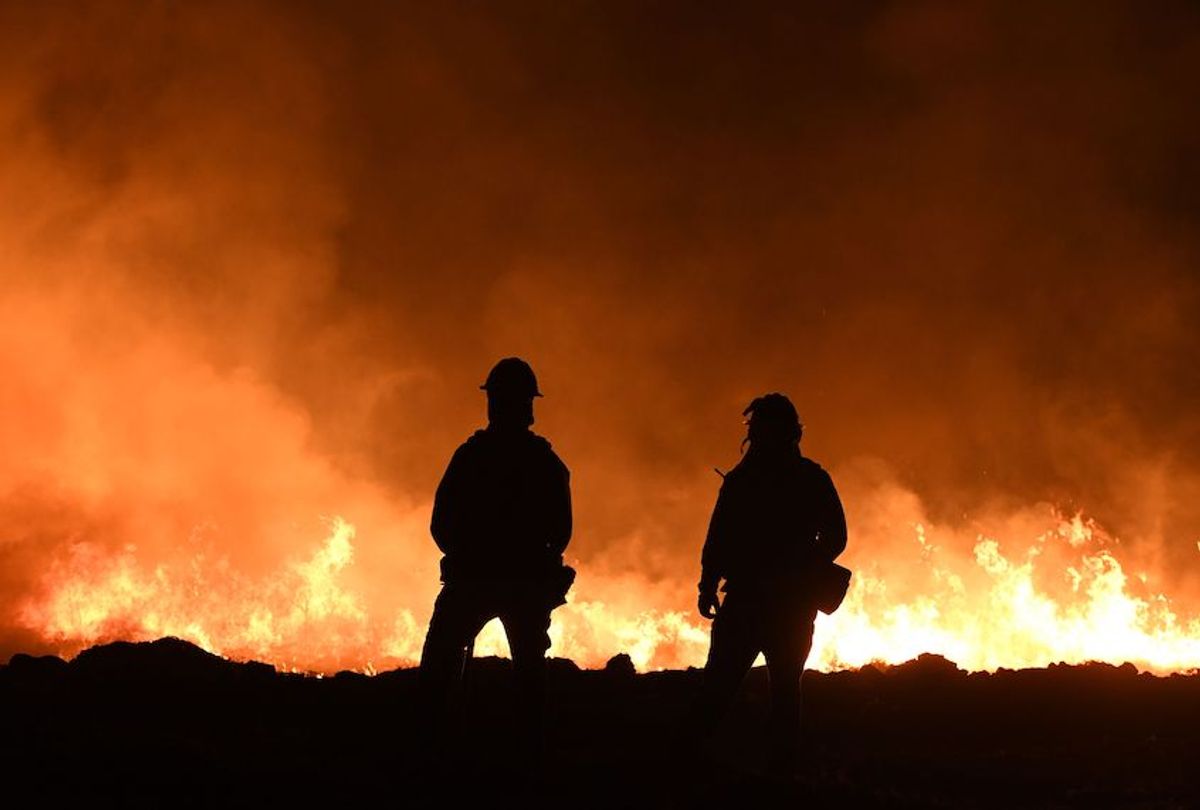 As rain offers a welcome relief to fire-scorched Australia, concerns over flash floods and freshwater contamination cast a shadow on the joy. Already, massive fish kills have been reported due to heavy ash and sediment in local stream.

Local reservoirs and municipal water supplies might become so polluted from the fires that the current water supply infrastructure will be challenged or could no longer treat the water.

Flash floods and water contamination after large-scale wildfires are emerging as real hazards in Australia and many other places, threatening drinking water, ecosystems, infrastructures and recreational activities.

Water supply from forests is at risk

In many ways, this is not surprising. Forests provide water to 90 per cent of the world's most populous cities, and most of these forests already yield degraded water quality. Forests also provide other essential water services like flood control, hydroelectricity, fishing and recreational opportunities.

Wildfires can have many detrimental impacts on water supplies. The effects can last for multiple decades and include drinking water pollution, reservoir sedimentation, flash floods and reduced recreational benefits from rivers.

These impacts represent a growing hazard as populations expand, and communities encroach onto forest landscapes.

Looking closer, wildfires change the amount of water that comes from upstream forests and the seasonal timing of water flows. Such changes complicate water resource allocation as less water might be available during periods of high demand.

When rainstorms follow large and severe wildfires, they tend to flush ash, nutrients, heavy metals and toxins, and sediments into streams and rivers. This contamination from wildfires causes problems for the health of downstream rivers and lakes, as well as safe drinking water production.

Mercury, which can be deposited on leaves and absorbed by plants, is a particular concern. During a fire, mercury may be re-emitted in large amounts and deposited in nearby lakes, wetlands and other water, where it accumulates in the food web, and into fish, that are caught and eaten by people. Indigenous communities living in fire-prone forests in Canada and who already struggle with mercury contamination might be particularly exposed.

Polluted water creates many expensive, difficult and long-lasting challenges for the drinking water treatment process. For example, water remained difficult to treat for 15 years after after the 2002 Hayman fire in Colorado.

The quality of the post-fire water increased the chances of forming undesirable byproducts of water disinfection. These toxic chemicals had to be removed before the water could be supplied to more than half a million users in Denver.

But most of the fire-prone areas in North America lack large-scale vulnerability assessments of their municipal water supplies — and not because the risks are inconsequential.

In Canada and the United States, one large and severe wildfire might increase drinking water production costs by US$10 million to US$100 million. In southern California, mudslides from heavy rainfall after wildfires caused 23 deaths and produced more than US$100 million of structural damage in 2018.

The financial burden of these changes is eventually carried by taxpayers. Adopting nature-friendly solutions to reduce severe wildfires in upstream forests, such as prescribed burns under controlled conditions, will lower the bill and provide better protection of water services.

Forest health is already declining across Canada and the United States. This trend will likely continue because of climate change and land degradation linked to human activities.

Climate projections suggest that fires will happen more frequently and become more severe. Urban sprawl also increases the likelihood of these fires happening in the vicinity of homes.

In light of these environmental changes and the inevitability of wildfires, countries like Canada and the United States can expect cascading hazards with impacts similar in magnitude to what is now happening in Australia.

There is no doubt we will learn more as our knowledge of Indigenous forest management practices improves. Instead of reinventing the wheel we must try to keep water in the landscape by restoring wetlands, and accept a helping hand when offered.

Because ultimately, forests and clean water resources are of paramount importance to our own future.