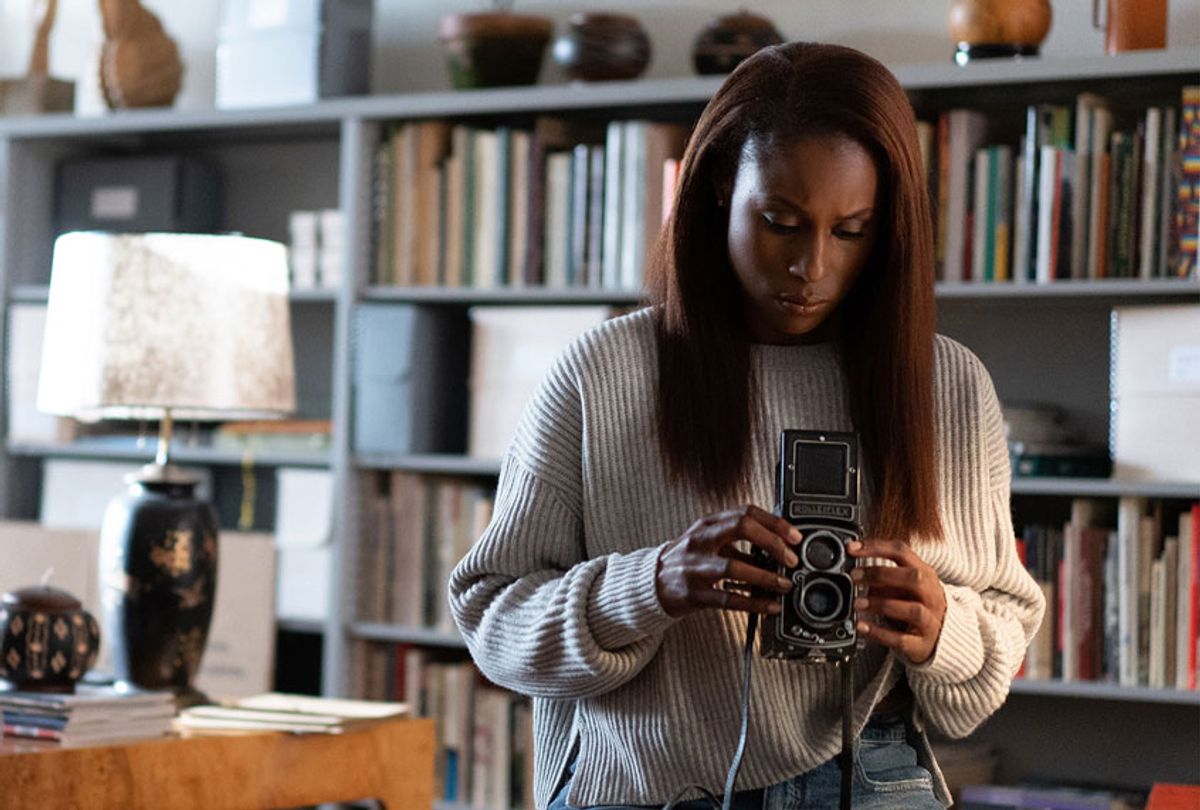 Stella Meghie's new romantic drama "The Photograph" offers a classic "You had me at hello" kind of love story that everyone loves. The only difference is that all of the stars are black, which has been very rare for a major motion picture, considering the number of white love stories made every year.

The film stars Issa Rae, who plays Mae, a museum curator from New York, mourning the loss of her mother Christina, a celebrated photographer. Michael (LaKeith Stanfield), a journalist from Republic Magazine, finds out about Christina's brilliant photography while completing a story that features a former fisherman named Isaac (Rob Morgan), who had a past relationship with her. Michael wants to see more of her work and looks up her archive, which is in being handled by Mae – and the "You had me at hello" love story begins.

I've been enjoying the rise of Issa Rae and LaKeith Stanfield for a minute, so when I saw the trailer, for lack of a better phrase, I lost my s**t. Not only because of the joy I receive from FX's "Atlanta" and HBO's "Insecure," shows that I love watching them on, nor because it looked like one of those action-packed thrillers everybody lines up to see –– but I was happy because it appeared to be a simple love story.

I've been surrounded by real black love my whole life, so why am I so excited when it's portrayed in Hollywood? It's probably because for most of my life, all of the films with black leads were biopics and hood stories full of tragedy. And I love a hood flick; I'm probably not the best person to push the pure message of positivity because the stories from films like "Menace II Society," "Fresh," and "Boyz n the Hood" mirrored my childhood and most of my adult life –– but there is more than just those stories. The American black experience has been the definition of pain; however, we do experience joy, fun, and love like every other race.

We also experience success, and that is silently the most powerful element of "The Photograph." In the film, Mae is a successful independent woman with family money, and a killer New York loft with killer views. Michael is a talented, sought-after writer who recently lands a job in London, wears $900 Fear of God sneakers, and has a married brother with a beautiful family, not a crackhead deadbeat looking for a handout. More importantly, they aren't trying to be white, play white, or imitate whiteness like many films with black leads in the past tried to do. Although I acknoweldege that some black rom-coms like "Boomerang" fit this mold, the the closest film to "The Photograph" was the romantic drama "Love Jones" staring Larenz Tate and Nia Long, and that film came out in 1997 so it's been a minute.

In the film, Tate plays Darius Lovehall, a writer and spoken word artist if you get him drunk enough. He has a writerly apartment full of books, half-smoked cigarettes, unfinished manuscripts, a beat-up leather jacket, and an extra-writerly motorcycle. Long plays Nina, a beautiful photographer whose work, like the characters' in "The Photograph," affords her the luxury to travel and excel in her career.

I loved the film as it became a cult classic and mandatory viewing for street guys like me who wanted to show the girls around the way that we could be "romantic and different." And though it was set in the real world, the characters just didn't exist in our world, the one I knew. It was so cool to see a guy like Lovehall shine on the screen, but he didn't park his writerly motorcycle on my block and wasn't teaching the writing workshop down at the youth center. Plus, the same teenage girls that swooned over Lovehall when we were coming up weren't going to date him in real life; dude had a small neat fro, no lineup, soggy ALDO-looking boots, and only owned like one sweater. Handsome and clever only got you so far in our neighborhood, during the crack era, when real Gucci bags were being handed out like trinkets.

Lovehall would probably shine in the current retro hipster in shredded-cropped-jeans moment we are in now, so there is hope. I imagine that a string of regular black love stories will follow, and it's truly needed. "Love Jones" and other similar movies like "Love and Basketball" and "Brown Sugar" were great films but again, they were few and far between. The characters all seemed exceptional, not ordinary to kids like myself who were raised in poverty. A huge influx of these types of characters would truly play dividends.

I was almost 30 years old when I met a group of black artists who lived like the characters in these films. They didn't magically come into my world; I stumbled into theirs by hanging with a friend of a friend and discovered a collection of well-to-do black people who talked about art, wrote and published poetry, and excelled in a number of fields ranging from architecture to theatre. They weren't Uncle Toms or sellouts, just affluent people –– and seeing how they navigated the world inspired me. I wish I would've met them when I was a child, or seen more people like them represented in movies like "The Photograph."

The come-up stories and biopics are still inspiring; however, the "You had me at hello" stories are empowering in a different way –– they make us regular people feel relevant while forcing us to expand our realities, which is always needed.

"The Photograph" is currently playing in theaters.