Was Trump's decision to pardon Eddie DeBartolo part of his strategy to win a second term? 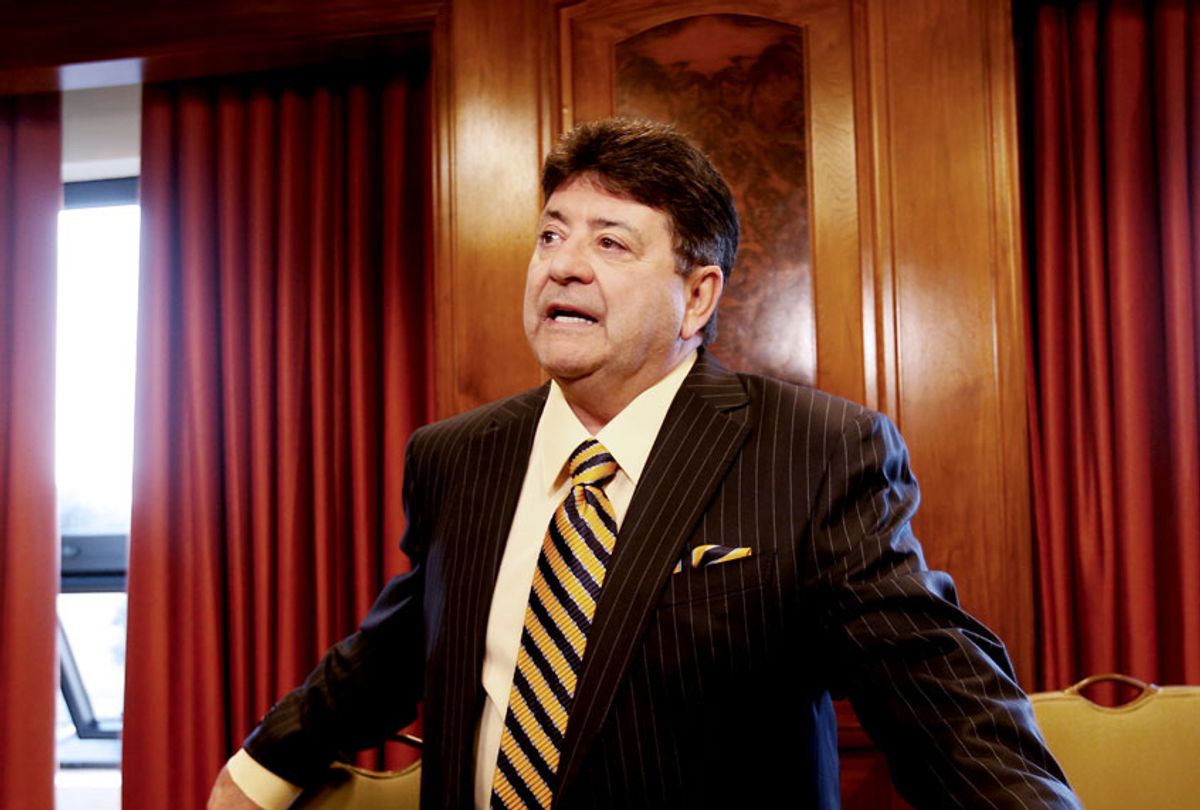 DeBartolo, who owned the team when it won five Super Bowls in 14 years, pleaded guilty to a corruption charge in 1998 after testifying that former Louisiana Gov. Edwin W. Edwards, who was sent to prison in the case, extorted him for a $400,000 bribe for a casino license, according to The Associated Press.

DeBartolo, whose net worth is estimated at $2.6 billion, did not have to serve jail time. He agreed to pay $1 million in fines and give up control of the team. He also paid $200,000 to settle sexual assault claims in a separate case, The Daily Beast reported.

Though DeBartolo previously donated to lawmakers from both parties, data from the Center for Responsive Politics shows that he has donated the maximum amount only to Republicans since the rise of Trump.

Though it does not appear that DeBartolo contributed to Trump, he did co-host a pre-inauguration party in January 2017 honoring longtime former Trump "fixer" Michael Cohen and former White House aide Omarosa Manigault Newman, among others.

The White House held a news conference with several former NFL players after the pardon was announced.

"I think with Eddie and what he has accomplished, what he has done on the football field, off the football field, a lot of charity work — so we talked about that," Hall of Fame 49ers receiver Jerry Rice said in front of the White House. "We talked about just being great — you know, trying to be the greatest of all time. And you know, I take my hat off for Donald Trump and what he did."

"You know what? We all make mistakes, and today the president cleared that mistake from him," Hall of Fame defensive end Charles Haley added.

Why Trump chose to prioritize DeBartolo's pardon is unclear, but The Washington Post's Philip Bump linked the move to a strategy to win Ohio in November's election. DeBartolo, who grew up in a town near Youngstown, gave locals something to "boast" about during the team's heyday in the 1980s as the region struggled economically, he Bump explained.

"In Youngstown, the DeBartolos weren't quite royalty, but they weren't quite not," Bump wrote. "Someone, somewhere, no doubt kept Trump apprised of DeBartolo's popularity in a region central to American presidential politics . . . Youngstown is . . . a 49ers town. It is a 49ers town because of the DeBartolos. And days after heading to Daytona to woo NASCAR fans, Trump on Tuesday tied himself more closely to that family."

A majority of Trump's 24 presidential pardons have gone to "well-connected individuals who have a direct line to him or influence among his supporters," according to The Post.

Trump also commuted the prison sentence of former Illinois Gov. Rod Blagojevich, who was convicted in a scheme to sell former President Obama's vacant Senate seat after appearing on "The Celebrity Apprentice."

MSNBC host Lawrence O'Donnell questioned whether Trump was "warming up the pardon machine for Roger Stone" after the president repeatedly complained that his longtime political adviser was unfairly treated by the Justice Department after being convicted of lying to Congress, witness tampering and obstruction of justice.

"I'm old enough to remember when Trump and his supporters pretended he was concerned with rooting out corruption," The Post's Catherine Rampell tweeted.

Vox co-founder Matthew Yglesias and Crooked Media editor Brian Beutler wondered whether there behind-the-scenes payoffs could account for the pardons.

Yglesias questioned if "people getting pardons or clemency from Trump are also funneling money to him or his family through the opaque web of LLCs they control while eschewing any kind of meaningful financial disclosure."

"It's an(other) abuse of the pardon power however you slice it," Beutler added, "but there's no reason to rule out pay-to-play corruption."