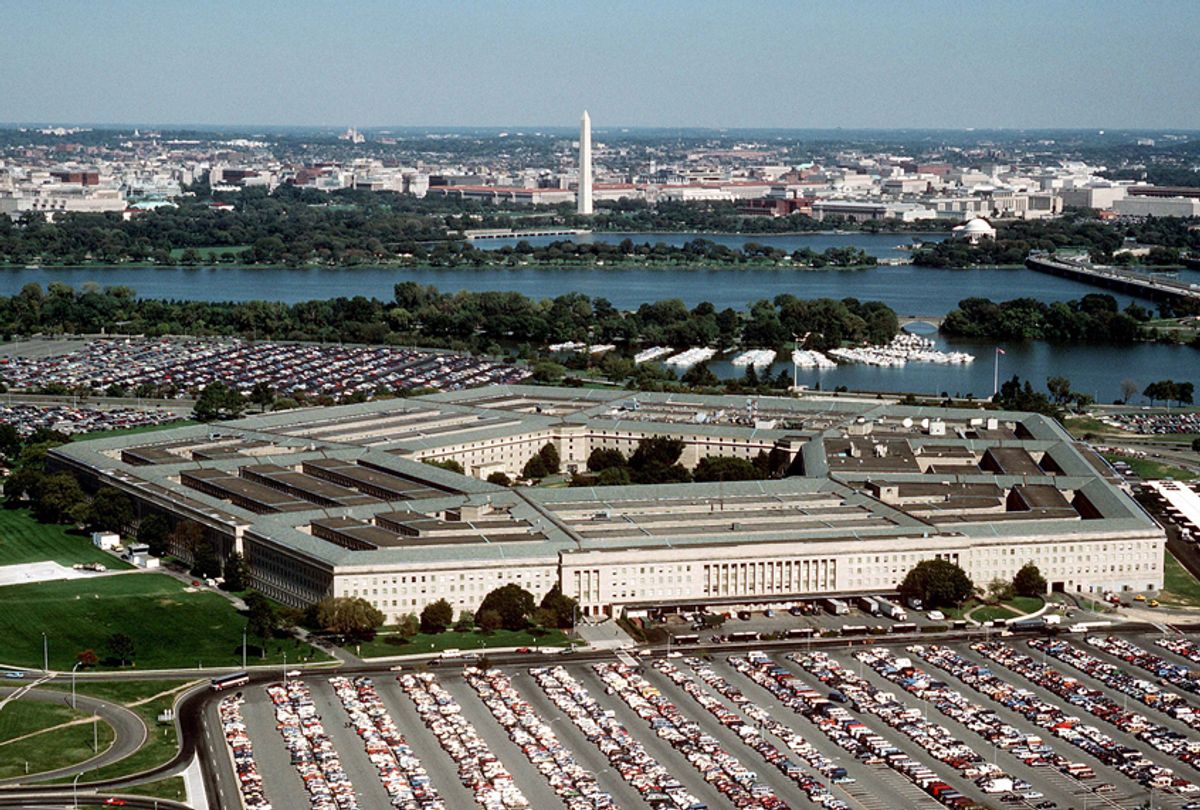 As experts warn that the world is running out of time to head off severe climate change, discussions of what the U.S. should do about it are split into opposing camps. The scientific-environmental perspective says global warming will cause the planet severe harm without action to slow fossil fuel burning. Those who reject mainstream climate science insist either that warming is not occurring or that it's not clear human actions are driving it.

With these two extremes polarizing the American political arena, climate policy has come to a near standstill. But as I argue in my new book,"All Hell Breaking Loose: The Pentagon's Perspective on Climate Change," the U.S. armed forces offer a third perspective that could help bridge the gap.

Military leaders believe climate change seriously threatens U.S. national security. They contend it is stirring up chaos and conflict abroad, endangering coastal bases and stressing soldiers and equipment, which undermines military readiness. But rather than debating the causes of climate change or assigning blame, they focus on how warming undermines security, and on practical steps to slow its advance and minimize damage.

The Pentagon knows about climate impacts

Senior Pentagon officials are familiar with the scientific literature on climate change and know about its expected impacts. Many also have served in climate-ravaged areas of the world, including North Africa, the Middle East and the Pacific Islands.

People in those regions have experienced prolonged and crippling droughts, severe heat waves and catastrophic storms. In many cases, these developments have been accompanied by humanitarian disasters, resource disputes, and armed conflicts – phenomena that impinge directly on the overseas operations of U.S. forces.

"Changing weather patterns, rising temperatures, and dramatic shifts in rainfall contribute to drought, famine, migration, and resource competition" in Africa, General Thomas D. Waldhauser, then commander of the U.S. Africa Command, told the Senate Armed Services Committee in February 2019. "As each group seeks land for its own purposes, violent conflict can ensue."

Bases and troops at risk

Military leaders are also contending with climate change impacts on bases, forces and equipment. Hurricanes Florence and Michael in 2018 and heavy inland flooding in the spring of 2019 caused an estimated US$10 billion in damage to Marine Corps Base Camp Lejeune in North Carolina, Tyndall Air Force Base in Florida and Offutt Air Force Base in Nebraska. Scientists widely agree that climate change is making storms like these larger, more intense and longer-lasting.

Threats to other bases – particularly those located along U.S. coastlines, such as the giant naval station at Norfolk, Virginia – are bound to grow as sea levels rise and major storms occur more frequently.

Rising temperatures generate other challenges. In Alaska, many facilities are at risk of collapse or damage as the permafrost on which they sit begins to thaw. In California, wildfires burn on or near key bases. Extreme heat also poses a health risk to soldiers, who must often carry heavy loads during sunlit hours, and to the safe operation of helicopters and other mechanical equipment.

"Climate change is an urgent and growing threat to our national security, contributing to increased natural disasters, refugee flows, and conflicts over basic resources," the Defense Department told Congress in a 2015 report. "These impacts are already occurring, and the scope, scale, and intensity of these impacts are projected to increase over time."

Recognizing these dangers, the armed forces are acting to reduce its vulnerability. They have built seawalls at Langley Air Force Base, adjacent to Norfolk Naval Station, and are relocating sensitive electronic equipment at coastal bases from ground level to upper stories or higher elevations.

The Defense Department also is investing in renewable energy, including solar power and biofuels. By the end of 2020, the armed forces expect to generate 18% of on-base electricity from renewables, up from 9.6% in 2010. They plan to increase that share substantially in the years ahead.

Military planning for climate change does not dwell on threats to habitats and species. It emphasizes the social strife, state collapse and armed violence that are likely to occur in countries already suffering from scarce resources and ethnic friction.

As this outlook suggests, human communities face far greater risks from climate change in the short term than scientists' habitat loss projections into 2100 and beyond may suggest. Vulnerable societies are crumbling under the pressure of extreme climate effects, and the scale of chaos and conflict is certain to grow as global temperatures rise.

The armed forces as climate mediators

The military's approach to climate change could bridge the divide between believers and doubters. People who assert that protecting endangered habitats and species is trivial next to health and economic problems, and that society has time to tackle whatever threats may develop, might be persuaded to take action when they hear from respected generals and admirals that the nation's security is at stake.

This is already happening in some communities, such as Norfolk, Virginia, where base commanders and local officials have found common ground in addressing the area's extreme vulnerability to sea level rise and hurricane-induced flooding.

Similarly, congressional Republicans – many of whom have long opposed addressing climate change – are starting to issue plans to curb it. Framing climate policy in national security terms might help win conservative support.

The armed forces continue to plan for conventional conflicts abroad, while recognizing that climate change will affect their ability to perform their combat duties. They must, like it or not, take steps to overcome warming's damaging impacts. In my view, it's a message all Americans need to heed.

Michael T. Klare is a professor of peace and world security studies at Hampshire College and the author of "Resource Wars," "Blood and Oil," and "Rising Powers, Shrinking Planet: The New Geopolitics of Energy."