"[Sanders'] Green New Deal is not a climate policy — it is a system upgrade," Klein told the audience in Nevada 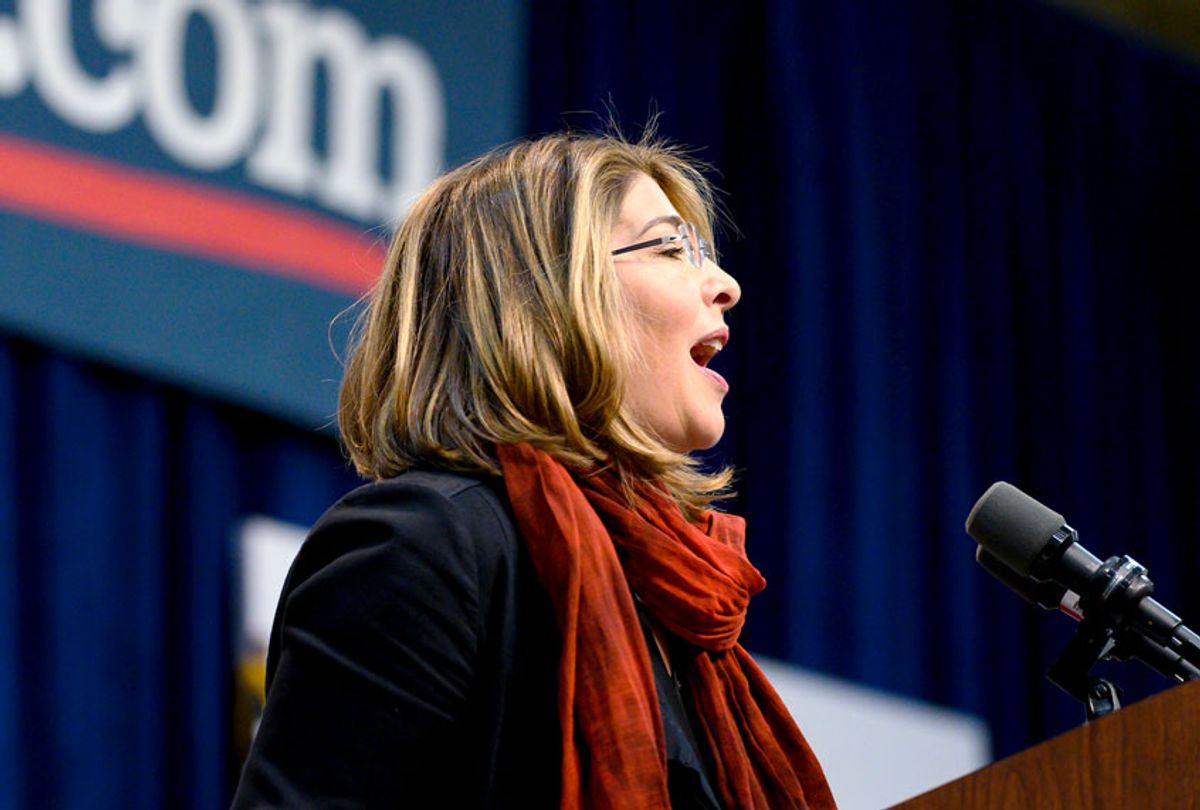 LAS VEGAS — This is the fastest-warming city in the country. Since 1970, the city's average temperature has risen 5.76 degrees Fahrenheit. Last summer, a study of coroner data by the Las Vegas–based Desert Research Institute identified a link between heatwaves and heat-related deaths, which experts say are on the rise. As a city that depends on tourism for its economy, a zip code with one of the state's highest poverty rates, it's no surprise that Sen. Bernie Sanders' campaign surrogates hosted an event, three days before the Nevada caucus, to specifically address climate change — and advertise why his plan is the best.

The event, titled "Women for Bernie Climate Change Town Hall," featured former Ohio state Sen. Nina Turner, author Naomi Klein, healthcare activist Dr. Victoria Dooley, and Amy Vilela, the Nevada co-chair of Sanders' campaign. It took place on Thursday afternoon, in an intimate town hall setting. About 75 percent of the seats were filled, tallying about 30 people in attendance. Klein, whose book "On Fire: The Burning Case for a Green New Deal" has caught fire (pun intended) in progressive circles, opened the conversation by explaining why she believes Sanders is the best-equipped of all the Democratic presidential candidates to address the existential crisis.

"I've looked at all the plans and Bernie's is really the only one on the scale of the crisis, and it's the only one that will bring people with us because it puts justice at the center," Klein told the crowd. She added that "carbon-centric plans" — meaning those that emphasize various direct or indirect means of taxing carbon dioxide emissions — aren't enough, and often are regressive in that they increase the cost of living for working-class people.

"Every other candidate that has embraced the Green New Deal, there are some who have good national plans, but they also have nationalist plans," Klein told the audience. "So it's this idea of like the U.S. will just lead on its own . . . Bernie is the only talking about what we owe other countries, that we need to move faster, and that climate justice doesn't just stop on the border and that we have to actually help countries in Central America to leapfrog to renewable energy."

Klein emphasized that since the U.S. is a country that is one of the top emitters of greenhouse gases, it is our "historical responsibility" to have the best plan in place that thinks beyond U.S. borders.

"And Bernie is the only one that actually recognizes that because Bernie is an internationalist," Klein said. "Bernie's plan is exponentially better than the other candidates, it's on the scale of the crisis; we need U.S. leadership to be strong enough that it really does inspire the rest of the world to step up just as quickly."

While Sen. Elizabeth Warren of Massachusetts has also publicly supported the idea of the Green New Deal, her plan is notably different than what Sanders proposes, as Klein noted. Specifically, Warren's proposal has a focus on regulating big corporations, or making them greener, while Sanders's proposal is more redistributive and includes proposals like making private utilities publicly-owned companies. Sanders's plan has consistently ranked at the top of the Greenpeace Climate Scorecard.

Klein said another important part of the Sanders plan is that it is focused on creating new jobs, and touches other important issues facing our country.

"And it links it with healthcare, universal childcare. . . . and we need to make the argument that the green job isn't just a guy in a hard hat putting up a solar panel," she said. "The Green New Deal is not a climate policy, it is a plan for the next economy — it is a system upgrade."

After the town hall, Salon spoke briefly with Sen. Turner, who spoke after Klein about environmental racism. When asked what parts of Sanders's plan she believes are often left out of the climate conversation. There has been a lot of focus on his plan's price tag: $16 trillion.

"What he has really shown in his plan is that we can really put people to work, give some people a new opportunity to come into new environments in terms of what is necessary to green up this country, and also create fantastic opportunities," Turner, a national co-chair of the Sanders 2020 campaign, told Salon. "To me, it is the New Deal 2.0."

Turner added that she is interested in Sanders's idea of greening American schools. She recalled visiting public schools in Maryland in 2018, and finding that children had to wear hats and coats in the classroom because they didn't have proper heat.

"Our children should be able to go to good schools that are green," Turner said. "We can help build schools in this country and make them [modern], make them green, make them healthy."