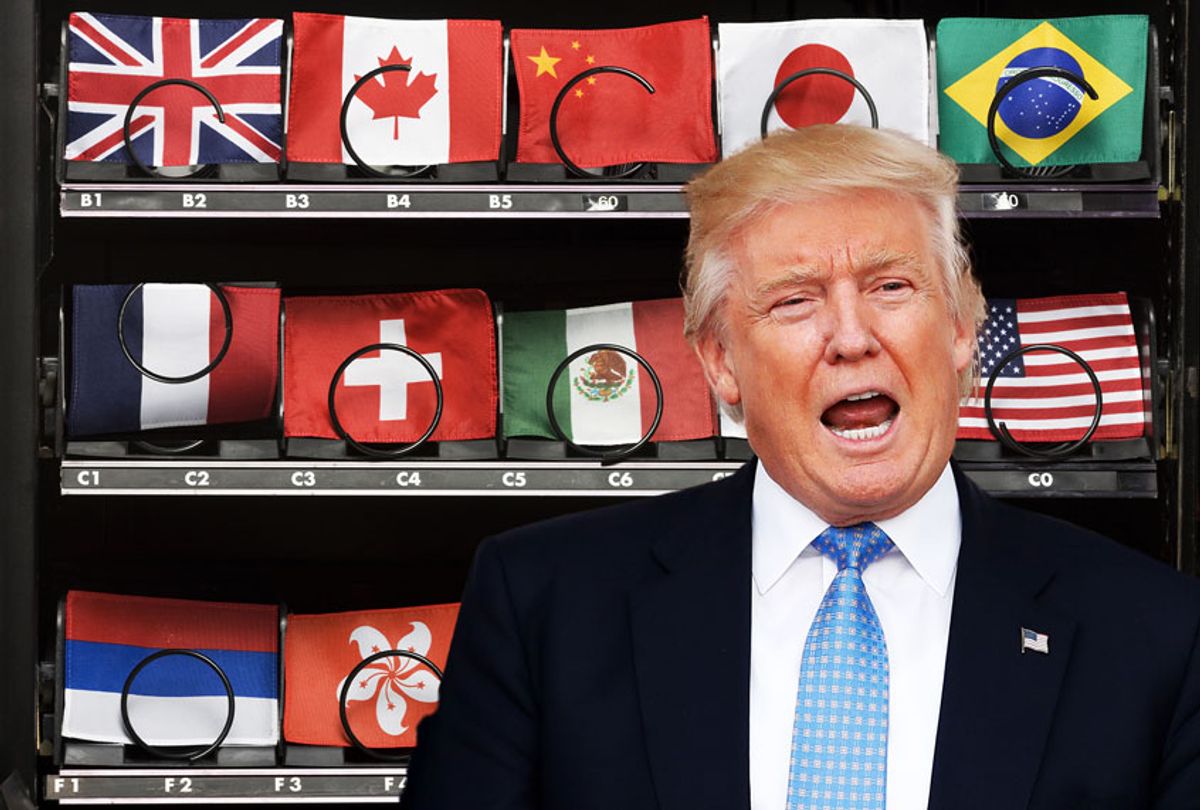 The top economist at the White House has admitted the "uncertainty" caused by Donald Trump's trade war hurt the economy, contradicting the president's repeated claims that his tariffs have had no negative impact.

Trump has falsely claimed that the government made up for any decline through revenue generated by his tariffs, even as economists found the cost was passed on entirely to U.S. consumers. Chief White House economist Tomas Philipson acknowledged Thursday that the trade war has hurt business investment, which the president wrongly predicted would spike after his 2017 tax cuts overwhelmingly benefited corporations and the rich.

"Uncertainty generated by trade negotiations dampened investment," Philipson told reporters during a briefing on the Economic Report of the President, according to Bloomberg News.

Despite the admission, the 435-page report "barely" mentions the harmful effects of the tariffs as it argues that Trump's policies have led to a "great expansion," the outlet reported.

Philipson, who heads the Council of Economic Advisers, did not say how much the trade war has impacted investment. He cited a Federal Reserve study, which found it could reduce economic growth by about 1%. Though Philipson did not necessarily agree with that projection, growth did shrink by more than 0.5% last year from 2.9% GDP growth in 2018.

While Philipson acknowledged the reduction in growth, his report attempts to argue that other factors could be causing the decline. The document nonetheless contradicts the president's claim about a blue-collar job boom.

"Uncertainty about trade policy is one often-cited culprit in the manufacturing slowdown," the report reads. "However, other reasons for the global manufacturing slowdown also preceded, or were contemporaneous with trade . . . These reasons make it difficult to isolate the effects of trade policy uncertainty and possibly result in an upward bias of its effects on the global economy."

Philipson claimed that uncertainty will fade as Trump's policies come to fruition. The president signed a "Phase One" deal with China in January, which sought to lower tensions. He bragged that China had agreed to buy $200 billion worth of goods over the next two years, but his own Department of Agriculture projected this week that exports to China will total just $14 billion this fiscal year.

The report also acknowledges that the deficit will rise to more than $1 trillion this year, roughly a 50% increase since Trump took office. At the same time, the economy will not hit the 3% growth threshold he repeatedly touted. Without any further policy changes, the report projects growth will hold steady at 2.4% this year and 2.3% in 2021.

Trump's tax cuts actually helped increase growth to 2.9% in 2018, but any benefits quickly dissipated as business leaders "spooked" by the trade war "pulled back sharply on investments in factories and equipment, creating a drag on growth," according to The Washington Post.

The report notably did not factor in top White House economic adviser Larry Kudlow's prediction that the coronavirus outbreak in China may further stunt economic growth.

"We're thinking maybe in the first quarter we lose . . . two or three-tenths of one percent of GDP," Kudlow told Fox Business last week.

Former Labor Secretary Robert Reich took issue with Trump claiming that he has boosted the economy, considering the negative effects his policies have had on growth and other factors.

"The typical U.S. household is poorer than before the financial crisis. Last quarter's growth was 2.1%, less than the 2.4% average of Obama's second term," he tweeted. "But please, tell me again about Trump's booming economy."