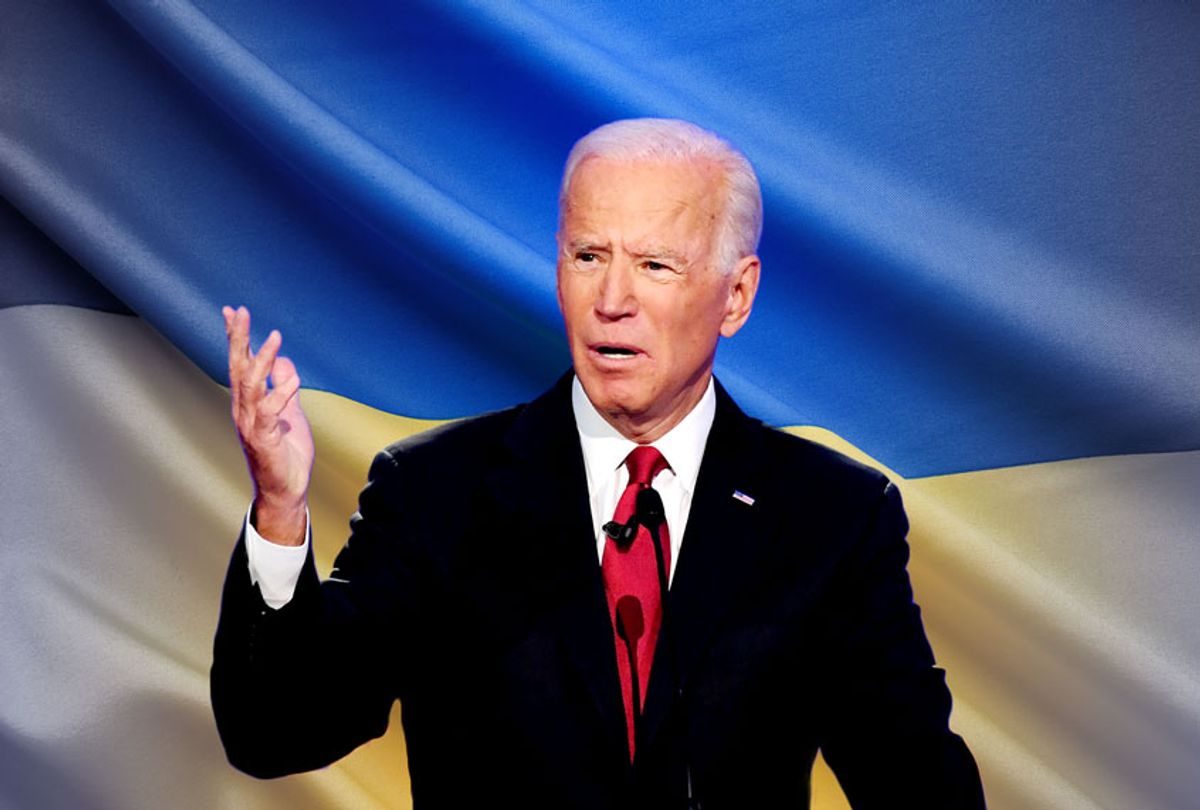 LAS VEGAS — On the eve of the Nevada caucuses, former Vice President Joe Biden, who has referred to himself as "middle-class Joe," had a last-minute chance to connect with middle-class Nevada voters before Saturday's caucuses. At a barbecue with burgers, hot dogs, and ice cream sandwiches, attendees that included firefighters and iron workers gathered for what was advertised as a precinct captain training — or to simply hear Biden's pitch. Indeed, many attendees of the barbecue were still undecided a mere day before caucusing.

"I want to see what Joe Biden has to say," Greg Dempsey, 61, who is a retired stage owner, told Salon. "I've got to decide by tomorrow. I'm up in the air, it's between Bernie and Joe."

Roughly 70 people were in attendance of Friday's afternoon event, and the crowd skewed mostly older and mostly male. Nevada members from the 200,000-member Amalgamated Transit Union — which endorsed Biden earlier this month despite backing Sen. Bernie Sanders (I.-Vt) in 2016 — made up the crowd. Also in attendance: members of the International Brotherhood of Electrical Workers (IBEW), who also endorsed Biden, along with some members from the International Alliance of Theatrical Stage Employees Union, where the event was held. About 15 percent of workers in Nevada belong to labor unions.

"I'm kind of feeling out all of the candidates," Tara Yates, a 36-year-old freelance merchandiser, told Salon. She just came to the rally because she was invited by a friend. She said as a voter education is particularly important to her. "Especially here in Nevada, the school system isn't great, and the roads, certain areas in Las Vegas need a lot of road work done."

Gerald Gionet, a 57-year-old ironworker, said he is 90 percent sure he's going to vote for Biden on Saturday, but he came today to see what Biden has to say about healthcare.

"I know some of the other candidates talk about [a] complete healthcare system, one universal, and I'm a little concerned," he told Salon. "As iron workers, we have our own private medical insurance that's really good — it's top medical and dental and medication coverage, a decent copay," he added.

Gionet's words echoed the Culinary Union's stance on healthcare. The union — which represents Nevada workers in the hospitality industry, including guest room attendants, cocktail and food servers, cooks, bartenders, laundry and kitchen workers — announced it would not endorse a candidate for the primary. Instead, the union "endorsed" three goals, one of which included protecting their in-house healthcare.

"[Biden] is my top candidate right now because he's had some experience under Obama," Gionet said. "Someone who has been there and knows foreign affairs. I have a lot of concerns about what's going on in the world, terrorism, safety, the coronavirus — are we going to be safe here?"

Still, Gionet said there are still other candidates he's interested in.

Befitting the audience, Biden's speech focused on unions and specifically the influence unions have on democracy. Biden emphasized how government leadership has been at war with the labor movement for 25 years. He said when he becomes president, there will be no question that he is "pro-union."

"This campaign is just getting started," he told the crowd at one point, adding, "you're the key to growth in this country."

There wasn't much talk about healthcare, but he did say his campaign "wants to make sure people are covered with healthcare."

Some attendees Salon spoke with did express their full commitments to Biden as voters.

Jesse Newman, business manager and financial secretary for IBEW Local 396, said he attended the event to support Biden because he believes Biden is "the right guy for the job." When asked about Sanders, who is also pro-union, he said his biggest concern is his healthcare plan, and not being able to keep his union's insurance.

Even though Sanders has countered that argument by saying unions would be able to spend more time negotiating for higher wages with healthcare off the table, Newman said, "I just don't see that happening."

Even if Biden isn't on the final ticket, Newman said his vote will go to whoever snags the Democratic nominee, as the most important issue to him is getting President Donald Trump out of the White House.