Here's what it was like in Vegas on caucus day, when Sanders solidified his Democratic frontrunner status 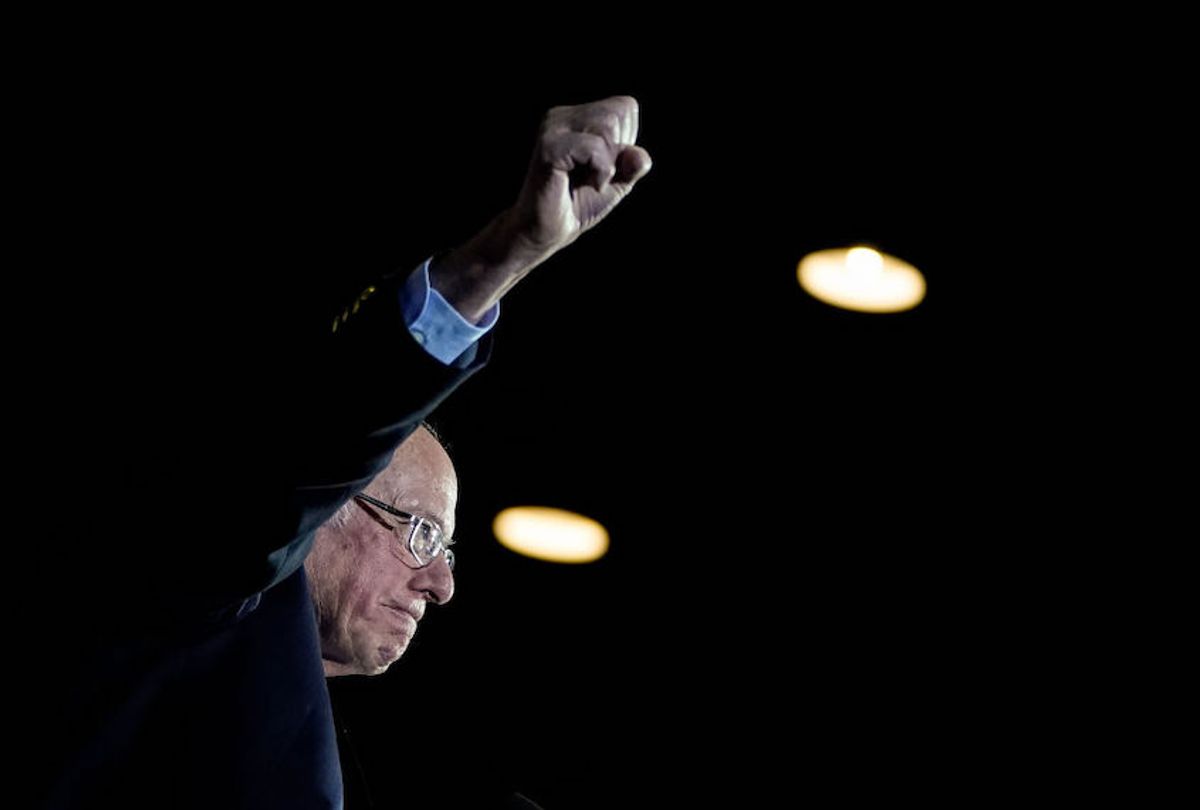 LAS VEGAS — Senator Bernie Sanders (I-Vt.) can declare victory in Nevada, the third state to vote in the 2020 Democratic presidential primary. On Saturday at noon Pacific Standard Time, Nevadans across the state began casting their votes in caucus sites, and by dinner time Sanders had been named the winner in "a commanding victory" by the Associated Press. After tying with Pete Buttigieg for the win in Iowa and coming out on top in New Hampshire, Sanders, as they say in Vegas, is officially on a roll.

Which is not to say he had necessarily been a sure bet going into Saturday's caucus, despite his frontrunner status. On the same night Sanders won in New Hampshire, news broke that the state's powerful Culinary Union Local 226 had been passing around literature comparing Democratic candidates' positions on healthcare, with one flyer stating that Sanders would "end Culinary Healthcare," "require 'Medicare For All'" and "lower drug prices." The news reportedly led to attacks on the union, and raised questions about the union's support for Sanders. The Culinary Union, which ultimately declined to endorse a candidate, emphasized its support of the basic idea of Medicare For All, but wanted the option to keep the healthcare coverage they had bargained for years ago. Earlier this week, I spoke with several members on the ground at the union's Las Vegas headquarters who echoed that sentiment.

And yet, on Saturday at the Bellagio Hotel and Casino, one of the "strip caucus" sites set up for workers in the resort and entertainment district, I witnessed overwhelming support for Sanders among the 123 hospitality workers, many of whom are not members of the Culinary Union — on their lunch breaks, dressed in work uniforms, holding up Bernie signs. At the end, 76 people caucused for Sanders, with 45 for Biden. (Two remained non-committed.) Massachusetts Sen. Elizabeth Warren and Tom Steyer received a couple of supporters at the Bellagio caucus site, but not enough to be viable candidates.

Miriamah Saba, a 49-year-old massage therapist who participated in the caucus, told me at one point she was also torn between Warren and Sanders. Ultimately, she went with Sanders.

"I am supporting Bernie Sanders for a couple of different reasons. I've always aligned with him in terms of his views and his beliefs," Saba said. "I was kind of on the line when I came in because I was impressed with Elizabeth Warren's performance at the debate this week and I love the idea of a really strong woman candidate as well. But I feel like Bernie has a lot of support."

Two hotel workers at the Bellagio who asked not to be named told me they caucused for Sanders because of his Medicare For All plan. One woman said it's important to her that her children have healthcare coverage that isn't tied to a union or a job.

Anne Olah, a floral designer who works at the Bellagio and is not a member of the Culinary Union, initially attended the Bellagio's caucus to show support for Warren, but moved to support Biden when Warren did not have enough support to be a viable candidate.

"I was here to support Elizabeth, and I'm disappointed. But it's caucus — not everything is going to go your way. It's not like my favorite sports team lost, you're going to live," Olah told me while holding a Warren sign. "I knew I was going to go over to Biden because Bernie is not a Democrat. He needs to join the party or not."

On Friday, former Vice President Joe Biden said in a speech that he felt like he was in a "good position" going into Saturday's caucus. In front of a crowd at the International Brotherhood of Electrical Workers 357 hall, he took subtle swipes at Sanders.

At that rally, Maria Rodriguez told me she's a Biden supporter because she thinks he can unite the party.

"I love his principles, work ethics, and how he handles himself," Rodriguez said. "He brings people together."

At press time, Biden was finishing in second place behind Sanders. Greg Schultz, Biden's campaign manager, tweeted that there would be a "Biden comeback" starting Saturday night.

Despite concerns about possible technical difficulties, à la the Iowa caucus app fiasco, the race was called by early evening on the West Coast.

In San Antonio, Texas, Sanders took the stage at a rally commenting on the Nevada win.

"We have just put together a multigenerational, multiracial coalition which is going to not only win in Nevada, it's going to sweep this country," Sanders said.