If Democrats fight right-wing "fake news" fire with fire, we all lose

Some Democratic allies are weaponizing disinformation tactics favored by the right 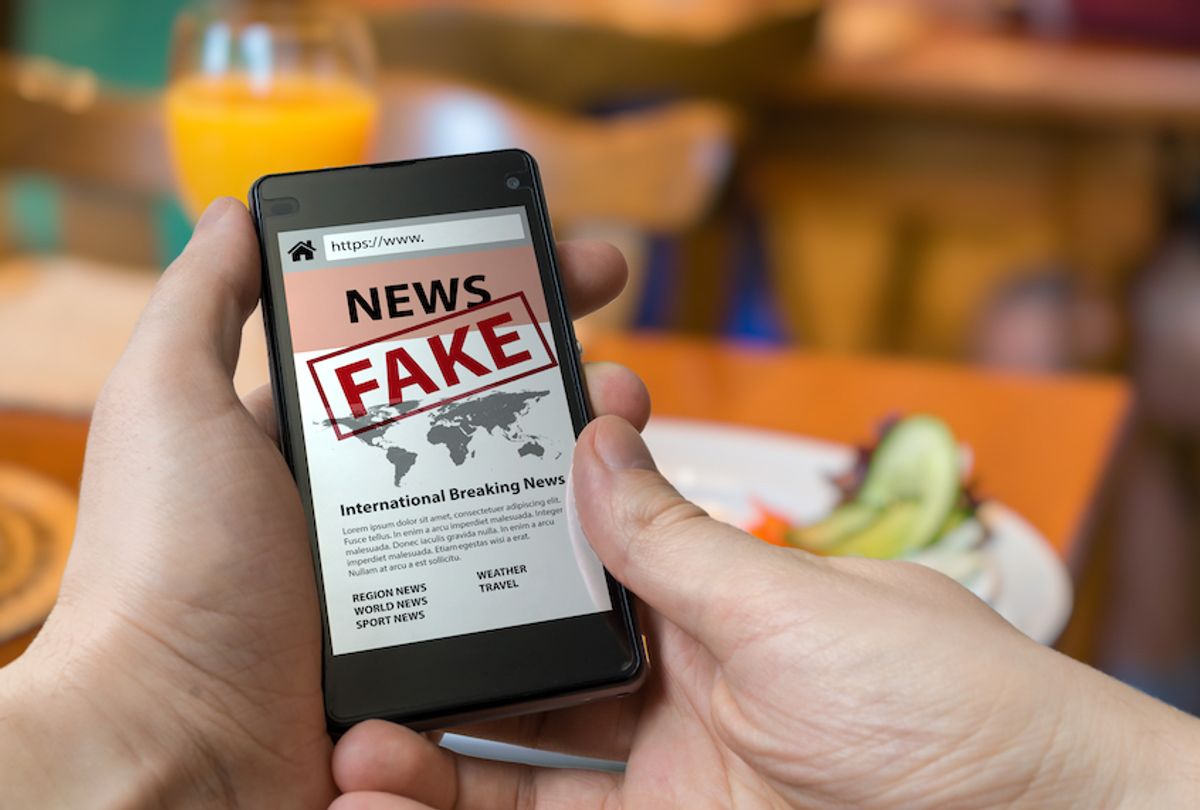 Democrats are increasingly worried about losing the 2020 presidential election to Donald Trump. The party is in seeming disarray from the botched Iowa caucuses and the failure of an "electable" frontrunner to emerge early in the primary season. Trump's fundraising and digital operations are humming, buoyed in part by his acquittal at the Senate trial which refused to remove him from office for soliciting foreign interference in the 2020 elections and obstructing the House's investigation of it.

As reported recently in The Atlantic by McKay Coppins, many Democrats believe Trump's success stems in part from an extended campaign of disinformation across social media, aided by malign foreign actors, and that it is time to fight fire with fire. But these nascent Democratic efforts at media manipulation and misinformation will only make things worse and can undermine an intelligent democracy in the long run. They are also likely to be ineffective and even counter-productive.

Take the activities of the group Acronym, whose affiliated company Shadow was responsible for creating the failed app used in the Iowa caucuses and an app that the Nevada Democratic Party has apparently abandoned for its caucuses. Another affiliate of Acronym, Courier Newsroom, has set up what appear to be local news sites but are actually propaganda efforts aimed at creating content to be shared on social media to boost moderate Democrats.

Acronym is taking advantage of the implosion of local news sites which occurred as social media undermined their business model. Classified and other advertising has migrated from these local news organizations to Facebook and Google, making many local newspapers unprofitable and thereby depriving readers, viewers, and listeners of accurate and trusted news sources. But rather than seek to recreate viable local news media with an emphasis on trustworthiness, Acronym's goal, according to an internal memo posted by Vice News, is create shareable viral pseudo "news content" to boost its preferred candidates.

Tara McGowan, CEO of Acronym, troublingly told Vice News that "Courier journalists have full editorial independence. Asked whether they had license to report freely on Democratic politicians or were tasked with, as the document says, 'Reach[ing] voters with strategic narratives + information year-round,' she said, 'I don't know what the difference between the two is.'" In other words, the goal here is promoting certain Democratic candidates and not providing fair and accurate information to voters when there is a conflict between the two.

This kind of activity is of course fine for pure political actors but not for entities purporting to be journalists. It undermines the activity of journalism and makes it more difficult for voters to separate truth from fiction. The likely outcome of this kind of activity will not be to boost voters on the left with propaganda but to further undermine all voters' confidence in what they see and read online.

The situation is reminiscent of the old used-car market as described by Nobel-prize winning economist George Akerlof in a 1970 article called "The Market for Lemons." The idea is that when one goes to buy a used car, one does not know if it is a good used car or a lemon. So a buyer will pay less for the car, discounting the price for the probability it is a lemon. The depressed price drives more good used cars out of the market, putting more lemons on the market and further depressing the price.

Acronym's activities are not the worst of what we have seen from Democrats. As I detail in my new book "Election Meltdown," the 2017 United States Senate race in Alabama to replace Jeff Sessions (who became Trump's attorney general) featured a contest between Democrat Doug Jones and Republican Roy Moore. Moore was the controversial "Ten Commandments" judge, who was accused of an inappropriate sexual relationship with as teenager while he was in his 30s. Given Moore's reputation, Democrats had a real shot of winning this deep red state in the special election.

According to reporting during the campaign in the Montgomery Advertiser, it looked like a swarm of Russian troll bots were ham-handedly supporting Moore for office. It turns out that this was one part of a six-figure effort of a pro-Jones group, American Engagement Technologies, working without Jones' knowledge or support, to try to suppress the votes of 50,000 moderate Republicans by getting them to stay home rather than vote for Moore.

Another aspect of the AET disinformation campaign, as reported by the New York Times, was to set up a "Dry Alabama" web page, ostensibly made up of fundamentalist Baptists supporting Moore who wanted to rid the state of alcohol. Matt Osbourne, who headed the Dry Alabama effort, told the Times: "If you don't do it, you're fighting with one hand tied behind your back . .. You have a moral imperative to do this — to do whatever it takes."

As Dartmouth political scientist Brendan Nyhan has explained, it is difficult to say whether AET's tactics actually suppressed many votes or affected the Jones-Moore race, which Jones won by about 50,000 votes. But Nyhan says that such disinformation tactics tend to decrease public confidence overall in the veracity of information seen online, and help create an atmosphere in which everything is mistrusted.

Democrats and those allied with Democrats should not be engaging in activities meant to further undermine confidence in the remaining sources of trusted information. There may seem to be a short-term political benefit to the tactic if it could convince people to vote against Trump, but the effort could easily backfire as Trump points to "fake news" attacking him that is actually "fake." The effort will be counter-productive by allowing Republicans to make an "everyone does it" argument, neutralizing attacks on actual misinformation.

More importantly, if we are to be a society in which we make intelligent, informed choices about our candidates and democracy in the long run, we need to rehabilitate not debilitate trusted sources of news and information. In this case, fighting fire with fire could lead to the whole house burning down.

Richard L. Hasen is the chancellor’s professor of law and political science at the University of California at Irvine and the author of "Election Meltdown: Dirty Tricks, Distrust, and the Threat to American Democracy."