How George Harrison made his last number 1 hit, "Got My Mind Set On You"

Released in 1988, Harrison's peppy reimagined cover gave him a chart-topping comeback—the last for a former Beatle 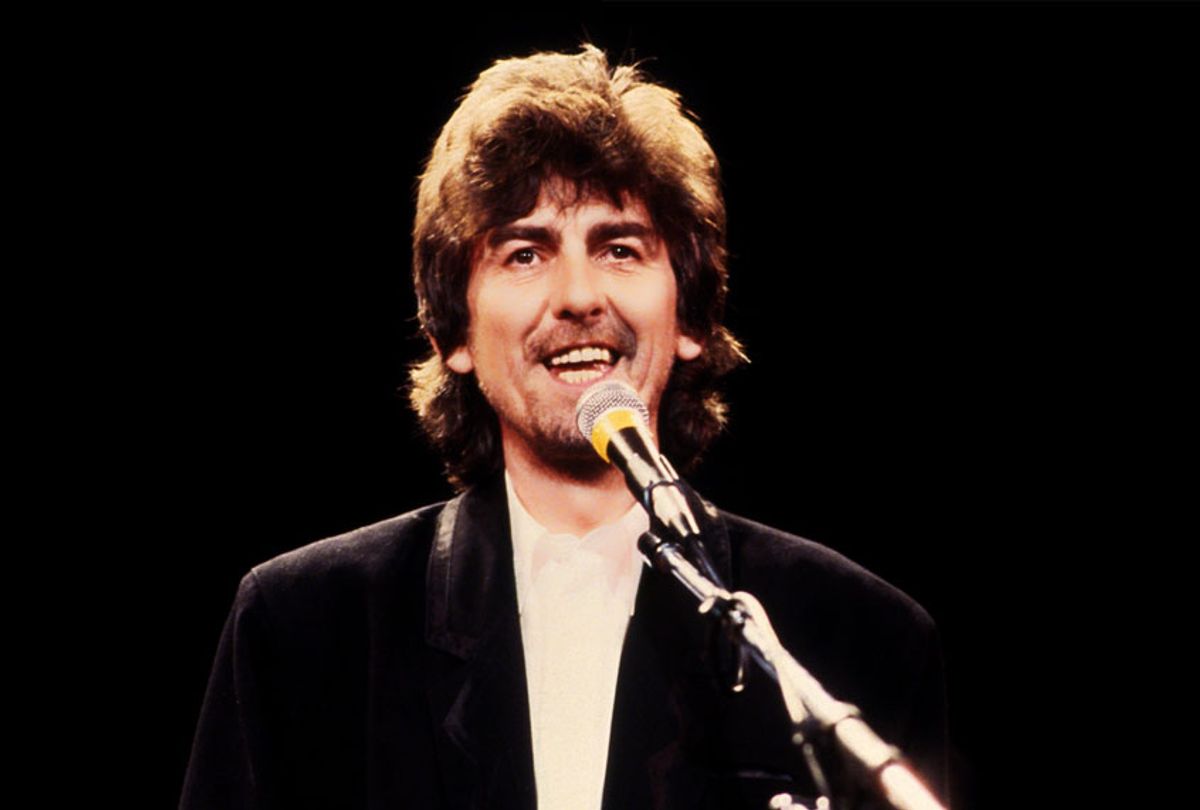 This week marks what would have been George Harrison's 77th birthday. Back in February 1988, the Quiet Beatle marked the occasion with a bona fide hit record, "Got My Mind Set on You," which was soaring among the American radio airwaves at the time.

Harrison had first heard the song much earlier during his inaugural visit to the United States in September 1963 — some five months before the Beatles' bravura appearance on "The Ed Sullivan Show." As George later recalled, "I'd been to America before, being the experienced Beatle that I was. I went to New York and St. Louis in 1963, to look around, and to the countryside in Illinois, where my sister [Louise] was living at the time. I went to record stores. I bought Booker T and the MGs' first album, 'Green Onions,' and I bought some Bobby Bland, all kind of things."

One of those "things" was 21-year-old James Ray's 1962 debut album. In Harrison's memory, the LP was "really terrible," save for the song "I've Got My Mind Set on You," which had been composed by Rudy Clark. Ray and Clark had scored a Top 10 showing the year before with "If You've Gotta Make a Fool of Somebody," and they were hoping to repeat their hitmaking formula with "I've Got My Mind Set on You." A jazzed-up version of the song, complete with vamping horn players and a gospel choir, also saw release that same year. To Ray and Clark's thinking, the tune had the makings of a surefire hit.

But it was not to be. By the time that the Beatles conquered America in 1964, Ray had succumbed to a drug overdose. Clark would fare much better, landing a major hit with "It's in His Kiss (The Shoop Shoop Song)," recorded by Betty Everett and Cher, among a host of other artists over the decades. Clark would also strike gold with the Rascals' "Good Lovin'."

As for Harrison, he would never forget "I've Got My Mind Set on You." For a time, he'd considered pushing the song as a Beatles cover version. They had been known to perform "If You've Gotta Make a Fool of Somebody" in their pre-fame days, and a soulful take on "I've Got My Mind Set on You" wouldn't have been a stretch. But with bandmates John Lennon and Paul McCartney churning out original hits, the available real estate for cover versions was becoming scarce.

In January 1987, Harrison began work on his "Cloud Nine" LP with Jeff Lynne in the producer's chair. The music press would describe the album as a comeback of sorts, although Harrison liked to point out that he'd never really been away. He'd scored his most recent hit with 1981's "All Those Years Ago," his sonic memorial to Lennon.

Restyled as "Got My Mind Set on You," Clark's early 1960s tune came roaring back to life during the Cloud Nine production. It all came together when ace session drummer Jim Keltner began playing a driving beat at Harrison's Friar Park home studio. Longtime Harrison friend and "Dream Weaver" hitmaker Gary Wright was there, too. To his ears, the drum pattern sounded remarkably like Ray and Clark's 1962 song.

As the "Cloud Nine" sessions continued, Harrison tightened up the song considerably, affording "Got My Mind Set on You" with a bright sound in contrast with Ray's original, jazzy take on the song. Harrison's recording was rounded out with Lynne on bass and keyboards, Keltner on drums, Jim Horn on sax, and Ray Cooper on percussion.

With a quirky, carefree video in heavy rotation on MTV, Harrison's "Got My Mind Set on You" proved to be a can't-miss hit in 1988. In so doing, he notched his first chart-topper since "Give Me Love (Give Me Peace on Earth)" from his "Living in the Material World" LP (1973). "Got My Mind Set on You" also holds the distinction of being the last number-one hit by any of the musicians who once called themselves the Beatles—although you can bet that somewhere, McCartney is still training his sights on landing the top slot one more time.