Humanity’s survival on Earth starts with having smaller families

A human rights-based approach to family planning will help reduce the ecological impact of population growth. 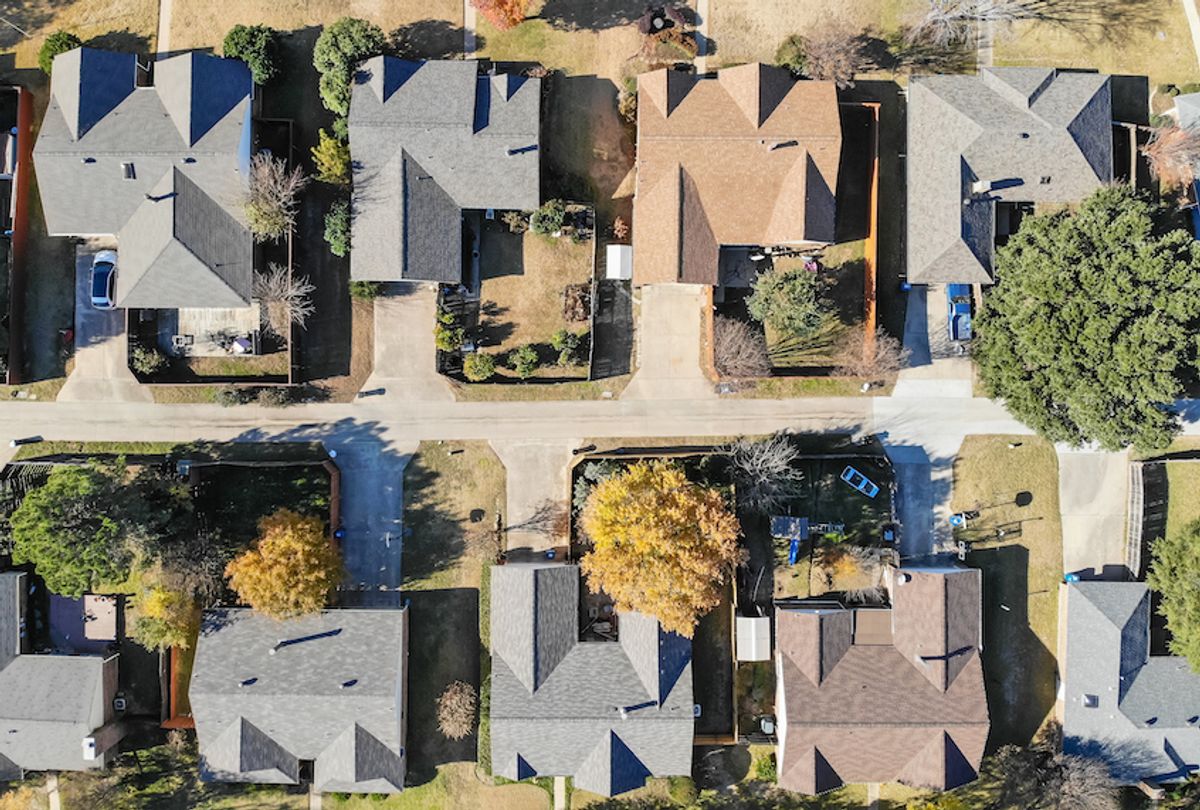 Drive less. Fly less. Eat less meat. These are common prescriptions offered by scientists and environmentalists for reducing our individual carbon footprint to help combat climate change. But there's one recommendation frequently left off that list that would have the greatest impact on mitigating the climate crisis and moving toward the United Nations' sustainable development goals: have fewer kids.

It boils down to basic arithmetic. There are simply too many humans on an already resource-depleted planet as it is, and there are many, many more on the way: Up to 8 billion by 2023, with an expected leveling off between 10 to 12 billion by the end of this century. That said, our species seems to be reacting, as we move toward having smaller families and fertility rates fall. "This anticipated leveling off signals a harsh biological reality," warns Andrew D. Hwang, a mathematician at College of the Holy Cross. "Human population is being curtailed by the Earth's carrying capacity, the population at which premature death by starvation and disease balances the birth rate."

Egypt, whose population just hit 100 million, is exemplary. The New York Times summed the country's grave situation: "With little habitable land, deepening poverty and dwindling supplies of water, the future looks bleak. And there is no sign of a slowdown." In the face of this, the United Nations maintains the position that the act of creating another person—or six—is a personal and private matter to be left to the parents to decide. How does that make any sense? Those, like philosopher Sarah Conly, who have examined the morality of having kids, have found it doesn't.

Some may argue that the drive to procreate is coded into our DNA, but some scientists disagree. "Primarily, we have a drive to have sex," says evolutionary psychologist Stephen Pinker of the Massachusetts Institute of Technology. "If we really had a drive to have children that bear copies of our genes, you'd have men lining up around the block to donate sperm." If our genes were compelling us to reproduce, he contends, we wouldn't be such big fans of contraception.

That may be logical, but the prevailing social pressure to have children isn't. "In contemporary Western culture, it ironically appears that one needs to have reasons not to have children, but no reasons are required to have them," writes Professor Christine Overall, research chair at the Department of Philosophy at Queen's University in Kingston, Ontario, and author of the book Why Have Children?

We are at a crossroads. The world population will vary by billions within most of our lifetimesdepending on whether the average person has one child more, or one child fewer. There is serious disagreement about which way we should go, with those who are sounding the alarm that destroying the environment has created the existential threat of the climate crisis, and those who see the world merely as a resource to be consumed.

On one side stands Blythe Pepino, who founded the Birthstrikers, a group of people who are refusing to have children until the climate crisis ends and are using their power over the world economy to try to extract policy reforms that would reverse the ongoing ecocide that world governments are both allowing and committing. Indeed, babies are big business because most industries rely on perpetual consumption and the cheap future labor such consumption requires.

On the other side stand those who want to continue to inflate economies by ensuring women have more babies. This camp is broad, from seemingly liberal CNN commentators who are using their platforms to urge women to have babies, to the usual suspects like the National Review who are bold enough to claim that population growth increases the amount of resources available to each person.

The latter camp pushes for more babies because they want to see more consumers, workers and taxpayers, irrespective of the conditions into which these people will be born and their impact on our ecology, which will be catastrophic — worsening public health across the globe and exacerbating heat waves, wildfire, migration and other climate-based repercussions. With financial incentives for having children showing up in places like Finland, Estonia, Italy, Japan and Australia, that additional growth could actually undo much of the progress that environmental justice movements have made.

Then there's the other side of the financial coin: Despite the fact that large, employer-based health plans in the United States must cover maternity care as mandated by the Affordable Care Act, some families are forced to bear up to $4,500 in out-of-pocket baby-related expenses, including pregnancy, delivery and three months of postpartum care. That's not to mention the astronomical cost of raising a child to self-sufficiency.

It's important to note that the population's impact on natural resources and the environment is more profoundly felt in wealthy nations as opposed to emerging economies. As explained in the column "EarthTalk":

"A child born in the United States will create thirteen times as much ecological damage over the course of his or her lifetime than a child born in Brazil,' reports the Sierra Club's Dave Tilford, adding that the average American will drain as many resources as 35 natives of India and drain 53 times more goods and services than someone from China. ...

Is there a way out of this? Can we do better than abstaining from bearing children entirely, or bearing them without changing the current systems into which those children are born? There is. The key lies in the presumption that having kids and questions of population are primarily about economics and economic growth. This is embedded in the notion that development is measured by unsustainable and unreflective growth in the national gross domestic product. In order to become sustainable, society must decouple the idea of human rights-based personal development from the top-down and increasingly irrelevant metric of unsustainable economic growth.

In commonly accepted political theory, systems of human rights and democracy precede and override the economic systems that they subsequently enable. Doesn't that mean we should see future children as citizens, and plan for and invest in them accordingly? Note how reframing the issue helps solve the "is-it-population-or-consumption" debate. It's both. Let's stop producing consumers and start producing citizens.

We must embrace a human rights-based approach to family planning that prioritizes child welfare, equity, nature and democracy. Being human rights-based means devising a universal standard or norm consistent with human rights as outlined in the Universal Declaration of Human Rights and various international covenants that have followed it. Both Birthstrikers' Pepino and the "babies-equal-money" camps ignore the need for that norm (as prior generations did in their choice to shuffle the issue forward for future generations) and therefore never truly get at the underlying problem.

That problem was demonstrated starkly by Beth Amato in a recent article regarding a push by some philanthropists for what some view as population control. Amato, a writer specializing in human development at the University of Witwatersrand in Johannesburg, South Africa, highlights how the climate and other ecological crises have reopened discussions about limiting family size, and the dangers of doing so. But there are many fallacies underlying this debate. Both sides assume the act of having children and not having children is protected as a matter of personal privacy. This assumption conflates the two behaviors in the debate of whether or not we should be funding increased access to contraception and abortion. But doing so makes no sense, as Professor Overall and others have shown.

Celebrity environmentalist Jane Goodall puts it this way: "Women everywhere must be able to choose whether to have children, how many children, and the spacing between them." What she's really talking about is the right to not bear children. Reading her articulation as applying to both rights is absurd but commonplace. As Goodall adds, women "also need to be equipped with the knowledge as to how their choice affects the health of the planet and thus the future of their own children."

Publications like the Washington Post routinely run stories that treat the act of creating a child as an act of the personal autonomy of the parent (how can creating another person be done autonomously?), to be treated like a free market where people can choose to have children as if they were plucking products off a shelf, rather than something unique, the morality of which depends on values like equity, fairness, democracy and nature? Further, the problem of "conflating rights" has far-reaching and dangerous implications — a disconnect reminiscent of a time when humans did not connect sex and pregnancy.

It's time to move away from scare-mongering and finger-pointing and re-orient our family planning systems around justice and equity. Human rights and democracy begin with people, and people begin with family planning. We can move away from a dangerously archaic form of family planning that prioritizes growth and strength, toward one that values empathy, nature and cooperation. Only the latter is consistent with human rights and democracy, and the freedom they can ensure. And because ecologically and socially regenerative family planning is what international lawyers would call a peremptory norm, or a human right that overrides conflicting norms, we can begin to achieve it through direct action and other necessary means.

Some are stepping forward with a more reasonable view toward reproductive planning and its impact on the environment. Child-centric family planning is the idea of cooperatively investing more in future children through things like massive increases in subsidizing delayed parenthood, which would be funded by revising our current incentive structure, gearing it around equity instead of growth. Such an approach would decentralize current power structures by reinvesting that power in future generations — a form of intergenerational democracy focused on justice. Part of actually implementing this change means demanding governments prioritize funding a contraceptive revolution, including the approval, marketing and subsidization of a male birth control pill.

"Our choice to have one kid was really so we could be 'all hands on deck' for him," said Sam Bruegger, a happy mother of one. "We think it's important to be very thoughtful and intentional about family planning and also aware of how many resources each kid needs."

The solution to our population problem is not a question of whether to have kids or not (or how many to have). It's about refocusing our family planning systems on what future kids need, and in doing so, ensuring the social and ecological future we all deserve.

Carter Dillard is the founder of HavingKids.org. He served as an Honors Program attorney at the United States Department of Justice, and served with a national security law agency before developing a comprehensive account of reforming family planning for the Yale Human Rights and Development Journal. He has begun to implement the transition to child-centric “Fair Start” family planning, both as a member of the Steering Committee of the Population Ethics and Policy Research Project, and as a visiting scholar of the Uehiro Center, both at the University of Oxford.