When winter no longer comes, what will the North look like?

Less snow and cold could negatively impact maple sugaring, skiing, and other traditions 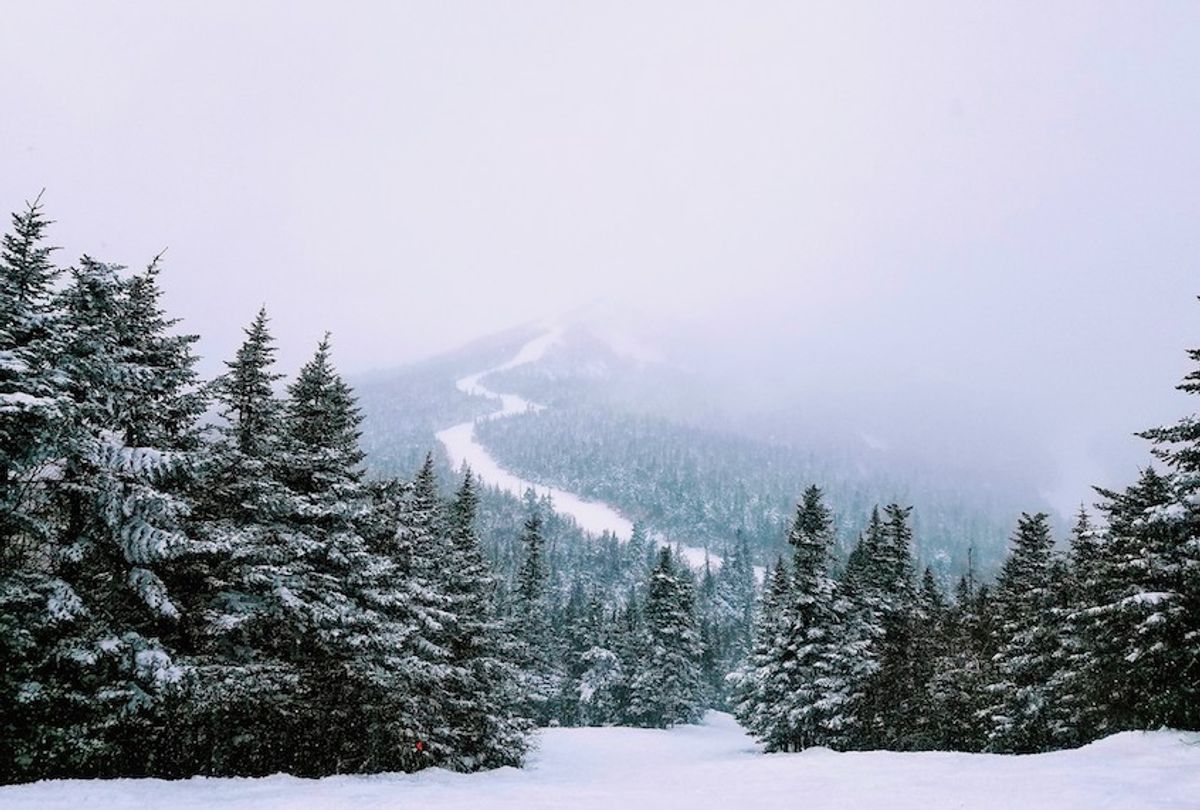 Climate change is reshaping winters in North America. Across the region, temperatures have risen, snowfall and ice have declined, and the ecosystems and traditions of northern communities are increasingly at risk. The predictions for the next decades are even more alarming.

Environmental scientist Alix Contosta of the University of New Hampshire calls winter — defined as sustained temperatures below zero, snow cover, and ecological process that effect the social and economic systems — the underdog season. "Snow makes everything clean bright and new in winter," she says. "Winter without snow is dull, drab and brown and not fun."

States in the northeastern U.S., from Minnesota to Maine, are shaped by a temperate climate. And they are well-known for their winter weather culture, fueling a robust skiing and tourism industry across the region, as well as important economies like maple sugaring and small-scale logging.

A recent study, published in the journal Ecological Applications, by a team of interdisciplinary natural and social scientists, suggests that winter as we know it is changing in the Northeast — with large ramifications on the region's season-dependent industries.

The study, a collaboration between scientists in the United States and Canada, compiled 100 years of meteorological data, with datasets ranging from 1870 to 2015. The data tracked winter weather events and seasonal fluctuations that define forest health, such as the amount of snow, temperature patterns, and stream water quality. They also examined data for ice days, frost days, and thaw days, as well as snowpack, snowfall, and snow depth. They then studied how these meteorological changes have impacted, and will continue to impact, key northern industries like maple sugaring and skiing that depend on cold days and nights and abundant snow.

One hundred years of precipitation and temperature data from weather stations across the study region constructed the backbone of climate data, alongside snow depth and snowfall events. Within the dataset, the researchers defined winter as November 1 through May 31 to capture the full range of winter events that define the ways that winter is changing, including how winter is starting later and ending earlier.

"Many people don't realize how vital cold temps and snow are to the economy of the northern forest," said Contosta who led the new research.

The scientists were able to determine the degree to which winter was changing in the Northeast, finding that the frequency of frost, ice, and extreme cold days have decreased over time, while snow cover days have also waned. Days with snow cover have declined 1 to 2 days per decade. Coldness, or the combination of frost days, ice days, and extreme cold, declined at more than half of the monitored stations. Frost days, specifically, decreased at nearly all sites, declining about 1.1 days per decade, with variation from region to region, the study found.

These changes come with serious implications for the traditions at home in northern areas. Maple syrup production, for example, is highest in eastern Canada and the U.S. Northeast, with Quebec producing about 8 million gallons a year, followed by Vermont at about 1 million gallons.

Tapping season occurs from January through May, when temperatures are below freezing at night and above 40 degrees Fahrenheit in the day. This pattern, referred to as freeze-thaw days, is when the sap runs from the xylem, a tree's water transport system, through holes in the bark. Fewer freezing nights are predicted to change when maple sugar producers can tap their trees, potentially leading to less syrup availability.

The study found a decrease in the number of frost days and an increase in thaw days, supporting previous studies that indicated the freeze-thaw relationship was shifting due to climate change. Tapping used to occur in late February to early March in New England. Now, its creeping towards mid-February. Previous research has predicted that in 100 years, the tapping day tradition could occur as early as December.

Snowpack acts as a buffer between the cold temperatures and the roots of a tree. Less snowpack means more frost deeper in the soil, hitting the roots and damaging their ability to uptake nutrients. For some tree species, like the sugar maple, less snowpack has been tied to slower growth over time.

The snow buffer extends to small-scale logging too. Logging originally occurred in winter as farmers finally had the time for the extensive work. Winter conditions are also beneficial for the soils, with snow cover protecting soil and roots from damage while heavy machinery is in use. Less snow could ultimately impact forest products and markets in the northeast, the scientists concluded.

Each year, 13.3 million people flock to ski resorts across the Northeast, expecting snow in abundance. Between 1999 and 2010, a lack of snowfall cost the skiing industry $1 billion, and it's predicted that by 2040, southern New England ski resorts will no longer have the conditions to support alpine skiing. Snow can be made at 28 degrees Fahrenheit, and the new research by Contosta and her colleagues found 1- to 2.5-day decrease in the number of days conducive to snow making before December, contributing to delays in resort opening days.

Projections for winter in the next decades forecast trading snow for rain and above-freezing temperatures. The effects on ecosystems, industry and culture remain unknown – innovation can only go so far, the article warns, before the climate renders winter traditions impossible

"The loss of winter is how people in New England are experiencing climate change on the ground right now," says Contosta, "This is something happening in our backyards".