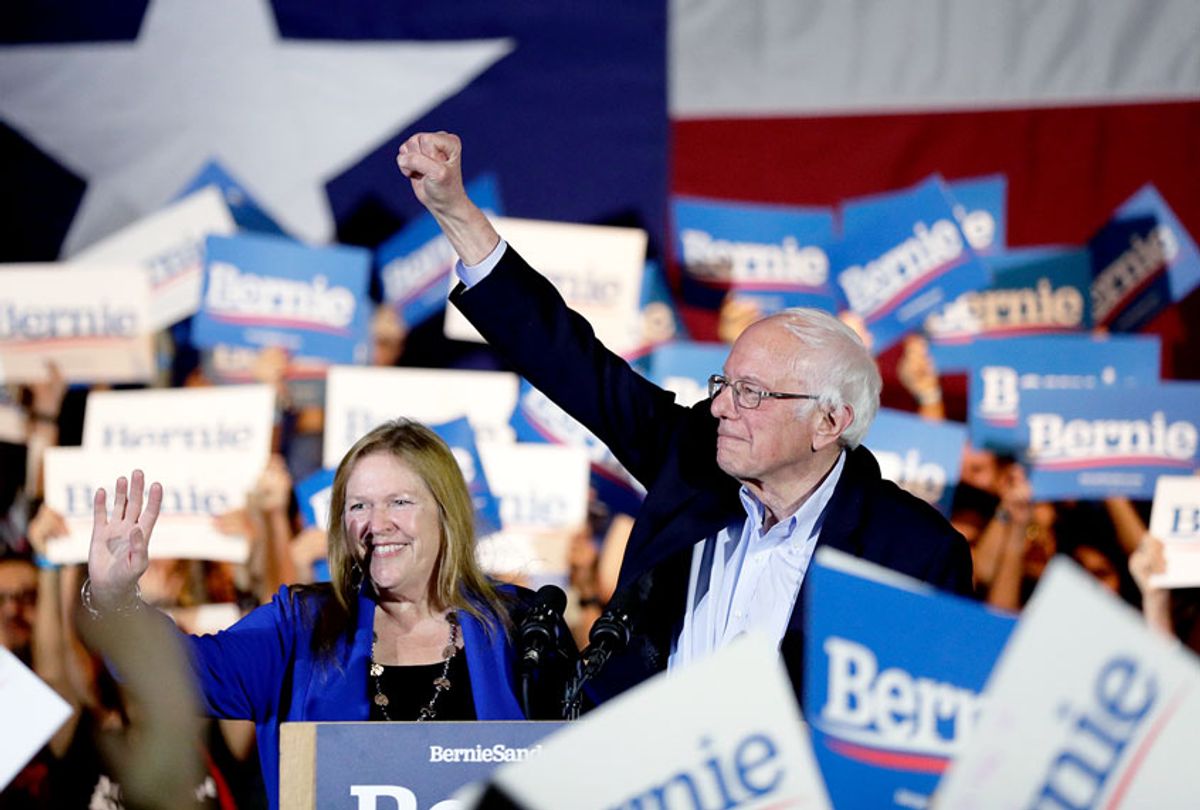 "The first thing is to raise hell," said labor organizer Mary Harris "Mother" Jones. "That's always the first thing to do when you're faced with an injustice and you feel powerless."

That's not exactly the advice of Kevin Drum, who blogs at the website that bears the name of Mother Jones. His guidance is more along the lines of: Be moderate, because that's the only way to be electable. 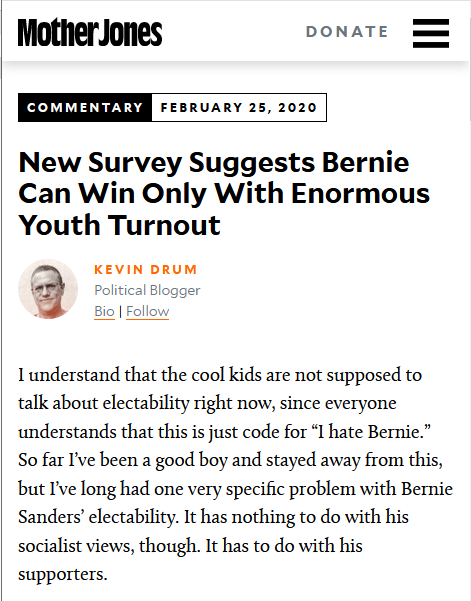 Kevin Drum (Mother Jones, 2/25/20) defies the "cool kids" to talk about why Bernie Sanders can never be elected president.

Drum offered this insight in a recent post headlined "New Survey Suggests Bernie Can Win Only With Enormous Youth Turnout" (2/25/20). It summarizes a new paper ("Candidate Ideology and Vote Choice in the 2020 US Presidential Election," 2/25/20) by David Broockman and Joshua Kalla, political scientists at Berkeley and Yale, respectively, which — to start with — does not say that Bernie Sanders can win only with enormous youth turnout.

What the paper actually reported was that in a survey of potential voters, Sanders beat Trump by 4.3 percentage points — the same victory margin that Joe Biden got, 0.2 points more than Michael Bloomberg's margin, 2.4 more than Pete Buttigieg and 3.2 more than Elizabeth Warren. Sanders did well in the survey, the political scientists found, because Sanders strikingly increased the number of young people who said they would turn out to vote for him, among both Democrats and independents.

However, when they adjusted the demographics of respondents to match the turnout in 2016 — that is, when Hillary Clinton was the Democratic nominee — and assumed that Democrats who said they won't vote if Sanders isn't the nominee will actually end up voting for whoever the Democratic nominee is, then Sanders' victory margin went down to 0.5 percentage points—compared to 4.4 points for Bloomberg, 2.5 for Buttigieg, 1.1 for Biden and minus 1.6 — a loss — for Warren.

Note that even when you assume that Sanders supporters won't vote as much as they say they will, and will vote when they say they won't, Sanders still wins — contrary to Mother Jones' headline. He just doesn't win by as much as some other candidates. (Note: Polling is not voting — no one actually knows who will win an election until it happens. But polling remains the best means we have of predicting results.)

But for Drum, the point of the paper is that Sanders' electoral advantage involves young people voting more than usual, and that's not going to happen: "I long ago became cynical about promises of getting young people to vote in larger numbers than usual," he writes. As the post's graph notes: "To believe Sanders is as electable as the moderate candidates, his nomination must increase youth turnout by 30% over 2016." Asserts the blogger: "Every four years, for as long as I can remember, I've heard promises that this is the year we'll finally get young people to turn out for us. But they never do." 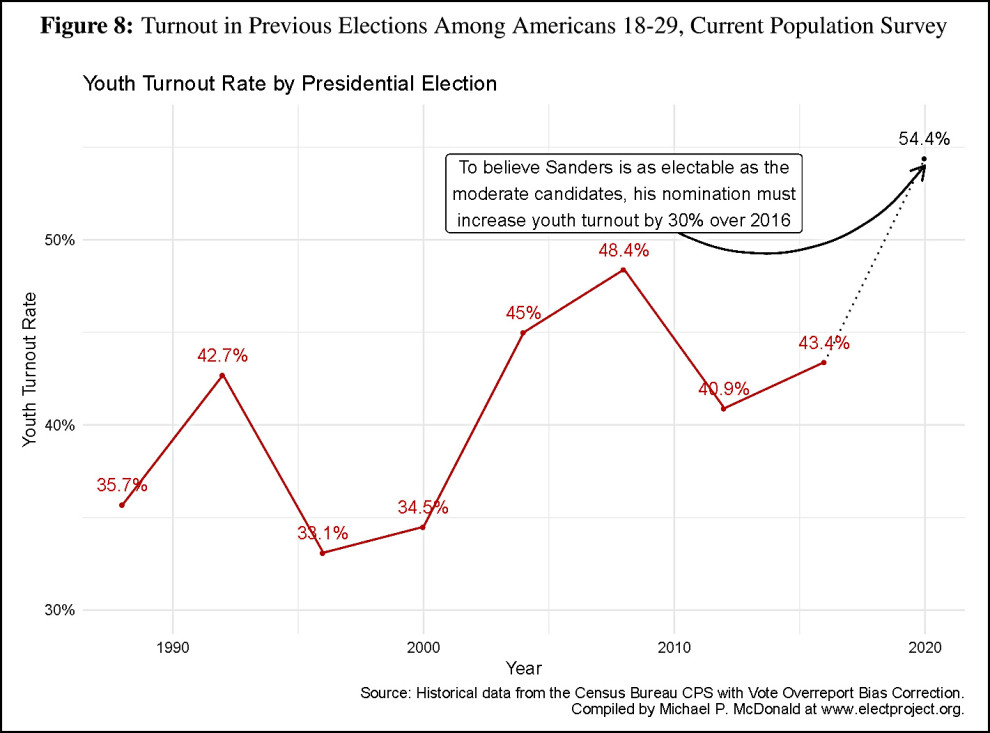 To be more electable — not "as electable" — than most of his rivals (Mother Jones, 2/25/20), Bernie Sanders would have to have an increase in youth turnout on a scale not seen since the days of … John Kerry?

But really, the biggest problem with Drum's column is the assumption that in late February 2020, there's still time to trade in for a more electable model, like clicking from a navy to a burgundy sweater while shopping online. The reality is that stopping Sanders at this point means dismantling a well-organized, enthusiastic mass movement — probably by Super Tuesday on March 3, at which point 38% of the delegates will have been awarded. It's hard to see how this happens without a savage ad attack, backed by Bloomberg's billions, hoping to drive up the negatives of the Democrats' most popular candidate.

To hope that when the dust clears, they'll be able to put the pieces of the Democratic coalition back together behind a "moderate" candidate without seriously depressing voter turnout — to me, that seems like far more of a fantasy than to believe that young people will turn out in greater numbers for Bernie Sanders than they did for Hillary Clinton.