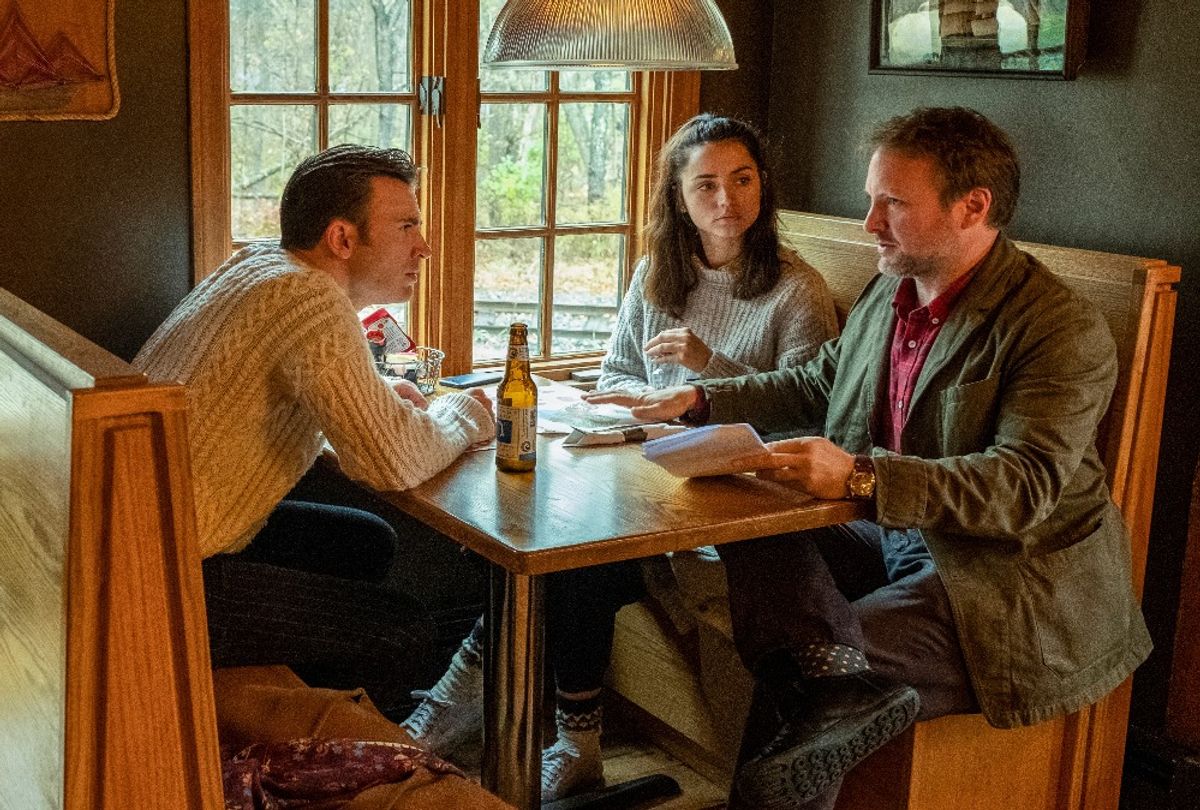 Behind the scenes of "Knives Out" with Chris Evans, Ana de Armas, and director Rian Johnson (Lionsgate)
--

Rian Johnson reveals in a new video interview with Vanity Fair an interesting mandate Apple has on movie productions: Bad guys and villain characters in films are not allowed to be seen using iPhones. The reveal was made as Johnson was breaking down a pivotal scene from his most recent directorial effort, "Knives Out." The scene is when Ransom Drysdale (Chris Evans) arrives at the Thrombey household and all of the main characters converge for the first time. Several characters are seen holding iPhones, including Jamie Lee Curtis' Linda Drysdale, but the one person without an Apple product is Ransom. "Knives Out" viewers know that Ransom is the killer at the center of Johnson's murder mystery, which means the character was prohibited from being featured in "Knives Out" with an iPhone.

READ MORE on IndieWire: "Knives Out" sequel official in the works at Lionsgate

"I don't know if I should say this or not," Johnson says in the Vanity Fair video. "Not because it's lascivious or something, but because it's gonna screw me on the next mystery movie that I write. But forget it, I'll say it, it's very interesting. Apple, they let you use iPhones in movies, but, and this is very pivotal, if you're ever watching a mystery movie, bad guys cannot have iPhones on camera. Every single filmmaker who has a bad guy in their movie that's supposed to be a secret wants to murder me right now."

READ MORE on IndieWire: Neil deGrasse Tyson tried to call out an error in Denis Villeneuve's "Arrival" and failed

"Knives Out" opened in theaters November 27 and became a breakout hit at the box office, grossing $163 million in the U.S. and $306 million worldwide. These totals are more than impressive for a feature film based on an original idea, and the success of "Knives Out" has launched a new franchise for Lionsgate. The studio has announced it's moving forward on a "Knives Out" sequel to once again be written and directed by Johnson. The sequel will find Daniel Craig's detective Benoit Blanc investigating a new murder. Johnson's "Knives Out" script was nominated for the Best Original Screenplay Oscar.

READ MORE on IndieWire: Subtitles vs. Dubbing: The big business of translating foreign films in a post-"Parasite" world

Watch Johnson break down the family meeting scene from "Knives Out" in the video below.