Trump's corruption of the federal government has created a hollowed-out state. We'll all pay for that now 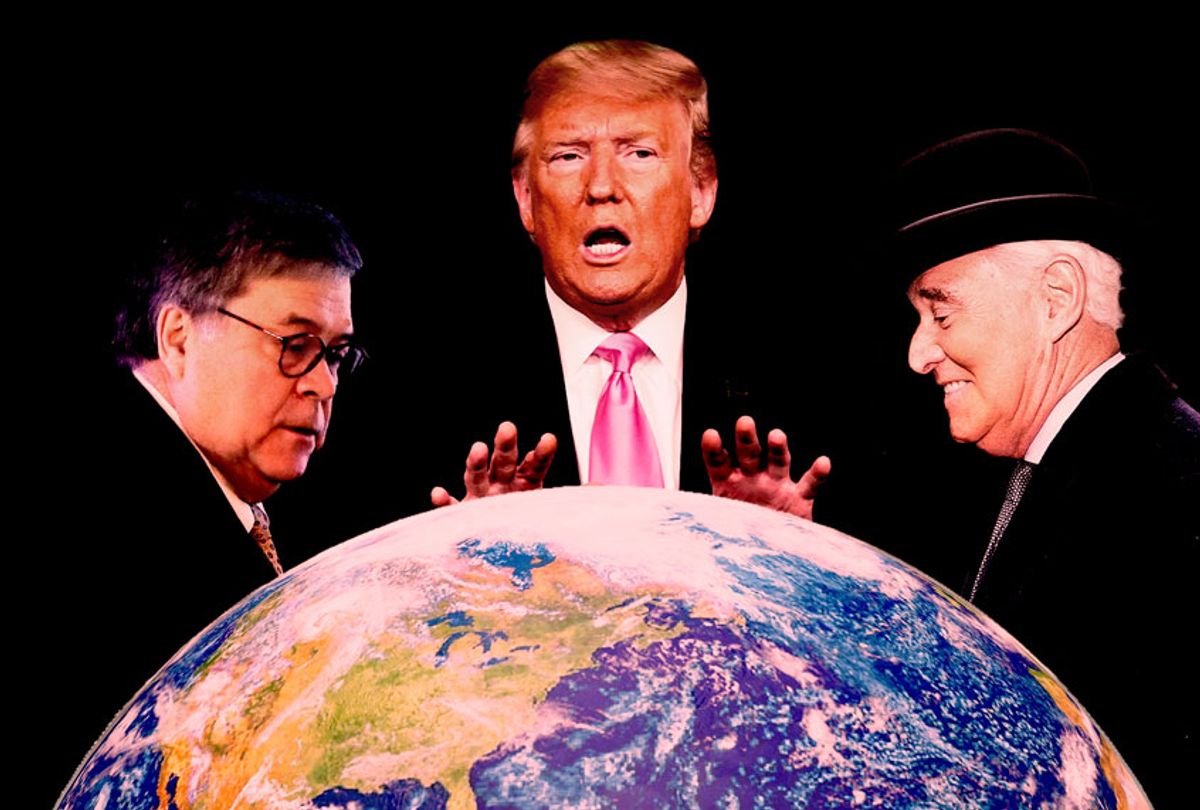 In the approximately 137 Democratic primary debates we've had so far this campaign season, President Trump's ongoing assault on the rule of law and professional expertise has barely come up. Maybe the moderators think the topic is too risky and the candidates believe it's too abstract, but it's been astonishing to see events happening before our eyes be virtually ignored in these major political events.

This issue might be about to become a whole lot less abstract and a lot riskier to ignore. We are facing a potential global health crisis, and a new set of professionals whose training and knowledge we depend on will be put to the test by a president who has no respect for them.

It's no secret that Trump has been on a tear ever since he was acquitted of abusing his power by his Republican accomplices in the U.S. Senate. Each week has brought a new series of attacks on enemies and institutions.

Aided and abetted by his legal majordomo, Attorney General Bill Barr, Trump has recently turned to attacking prosecutors and judges, singling out those who tried his good friend Roger Stone for committing crimes on his behalf and the judge who sentenced him. But in a truly sinister turn this past week, he and his supporters and the media have gone after jurors in the case, causing the judge to issue a stinging rebuke.

Nonetheless, Trump continued to slander one member of the Stone jury with no evidence, based solely upon dishonest, scurrilous attacks on her that he saw on Fox News.

The president of the United States personally attacked a citizen who served on a jury that returned a verdict he didn't like. This is what it's come to.

Meanwhile, Barr, the alleged hero who boldly went on TV two weeks to decry the president's interference in Justice Department business, had nothing to say about these latest inappropriate presidential salvos. Instead, he chose to give yet another shocking speech in which he betrayed his extremist philosophy, clearly informed by the right-wing fever swamp. Barr is apparently too busy waging war on "the progressive movement" to keep defending the professionalism of the lawyers and investigators of federal law enforcement.

The president also continued his crusade against the intelligence community. Now that Trump has installed one of his cronies, Richard Grenell, as director of national intelligence, it's pretty clear that we won't be hearing much more about Russian interference on his behalf going forward. The agency heads had already canceled their annual congressional threat assessment testimony in order not to anger the president again. Intelligence professionals have been muzzled.

These are grave threats to the country. America's most powerful institutions of law and national security are systematically being corrupted in ways that endanger our system of government. And perhaps all the politicians and media folks are right that average people don't see how this affects their daily lives.

A major public health crisis, however, is something else again. Everyone is potentially affected and the signs are already evident that this administration's general lack of respect for professional expertise has muddled the response. The whole country is watching, and so far it's not looking good.

We've known for more a month that the coronavirus had pandemic potential. The stories coming out of China have been frightening and it's been clear for a while that despite that nation's authoritarian system, it could not contain either the narrative or the illness. Big Brother has no power over viruses.

When Americans were evacuated out of China and landed in California, it all looked orderly enough. People would be kept under quarantine for a couple of weeks and then could go home. All would be well. The administration announced quarantine measures for anyone who had traveled to China's Hubei province and funneled all travelers from China to certain airport hubs for screening. Major airlines all voluntarily suspended flights to and from China. Trump patted himself on the back for more or less single-handedly staving off the disease, and that was that from the administration.

Inconveniently for him, since then the virus has spread to 37 countries, and the number of cases is growing exponentially. The stock market is having its worst week since the crash of 2008 due to forecasts of major economic upheaval. Epidemiologists are still operating without all the evidence, trying to figure out just how lethal this virus is. But we know that it can kill people and is highly contagious.

From all reports, the president is extremely unhappy with this turn of events, primarily because he believes it could interfere with his re-election. It's easy to see why he thinks that: He and his Republican friends worked hard to gin up the Ebola outbreak into a national panic in 2014, and there's good evidence that it had an effect on the outcome of the midterm elections that year, when the GOP made major gains.

But this time we don't have a competent administration in charge to deal with the actual crisis while gadflies like Trump and Fox News play political games. Just as he has corrupted the DOJ and the director of national intelligence's office, purging the ranks of experts and professionals by any means necessary, so too he has degraded the nation's public health system, first and foremost by firing the White House pandemic response team and cutting the CDC's efforts to prevent global disease outbreaks by 80%.

And now Trump has put Vice President Mike Pence, the man who botched an HIV outbreak response as governor of Indiana, in charge of the response, reportedly because "he doesn't have anything better to do."

Just as the administration has muzzled Intelligence experts from speaking out about anything that might threaten Trump's re-election, they are now muzzling public health experts, undoubtedly for the same reason:

The White House moved on Thursday to tighten control of coronavirus messaging by government health officials and scientists, directing them to coordinate all statements and public appearances with the office of Vice President Mike Pence, according to several officials familiar with the new approach.

Public health experts have never been censored in the past. When you add to that the Grand Canyon-size credibility gap created by Donald Trump's pathological lying about everything, this crisis could get very bad indeed.

At the moment the president and his Fox News supporters are spending most of their time whining and passing on misinformation:

Trump has managed to escape from disaster many times in his life with a combination of lies and luck. But you cannot lie your way out of an epidemic. So we had all better fervently hope that his luck, and ours, holds out.