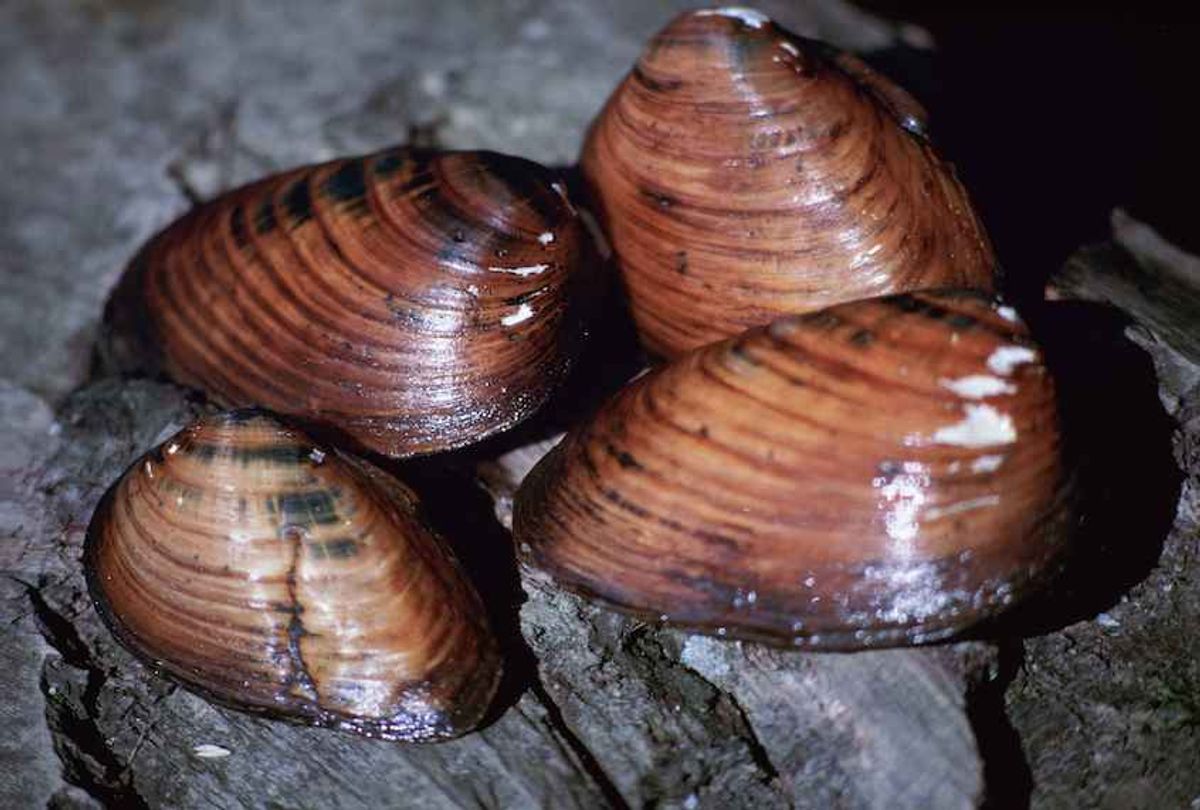 Trump's Fish and Wildlife Service has pushed an endangered freshwater mussel closer to extinction. The creature is threatened through efforts to placate an energy company where Attorney General Bill Barr was once on the board.

Dominion Energy and Duke Energy want to route the proposed 600-mile Atlantic Coast Pipeline through Hackers Creek in West Virginia. That is the site of the endangered clubshell mussel.Trump's Fish and Wildlife Service authorized trying to rescue mussels which could be smothered by sediment from pipeline construction instead of rerouting the pipeline. Sixty-nine mussels were collected from the creek to be taken to the White Sulphur Springs National Fish Hatchery. Most of them died.

"The agency's obligation is to protect this species including this population, not hasten its end," said attorney Patrick Hunter. He represents the Southern Environmental Law Center.

The clubshell mussel, listed as endangered in 1993, was once was found throughout the Ohio River basin and tributaries of western Lake Erie. The mussels now appear to be limited to 11 populations in 19 streams. Many of those don't appear to be reproducing.

Mussels such as the clubshell serve as an indicator species. They are much like the canaries that miners once carried to warn of possible suffocation dangers. When mussels die off, it means the streams aren't healthy enough to support them. Clubshell mussels are vulnerable to being suffocated by sediment that flows into streams from farming or construction.

Dominion Energy, once paid Barr $2.3 million in cash and stock awards as a board member. Duke Energy and Dominion want to build the 600-mile Atlantic Coast Pipeline to carry natural gas from West Virginia to North Carolina. Plans for the pipeline include almost 12 miles of roads near Hackers Creek and 6.4 miles where pipeline could be laid.

The Fish and Wildlife Service, the agency that assesses the impact of pipelines on endangered species, is headed by Aurelia Skipwith. She is an attorney and former Monsanto employee who was confirmed by the Senate in December. Joe Manchin of West Virginia, who has praised Trump's efforts to speed up approvals for pipelines, was one of three Democrats who voted for Skipwith.

The Fish and Wildlife Service concluded in 2018 that the pipeline wouldn't jeopardize the survival and recovery of the clubshell and three other species: the rusty patched bumble bee; the Indiana bat, or the Madison Cave isopod.

Federal judges found that the Fish and Wildlife Service decided without legal authority that the clubshell population in Hackers Creek shouldn't be protected because it didn't appear to be reproducing. Judges also found flaws in the agency's analysis of the three other species.

The Endangered Species Act "is not focused exclusively on protecting those populations that currently are naturally reproductive," wrote Roger Gregory, the chief judge for the Fourth Circuit Court of Appeals.

In November, Dominion CEO Thomas Farrell told investors he expected to receive a new opinion from the Fish and Wildlife Service that would allow the company to resume construction on the pipeline. The Supreme Court recently heard arguments in a case focusing on another aspect of the pipeline, whether it can cross the Appalachian Trail.

Minutes from a meeting of federal regulators and employees from Dominion and Duke show that the Fish and Wildlife Service is once again considering authorizing the pipeline to cross the Hackers Creek watershed.