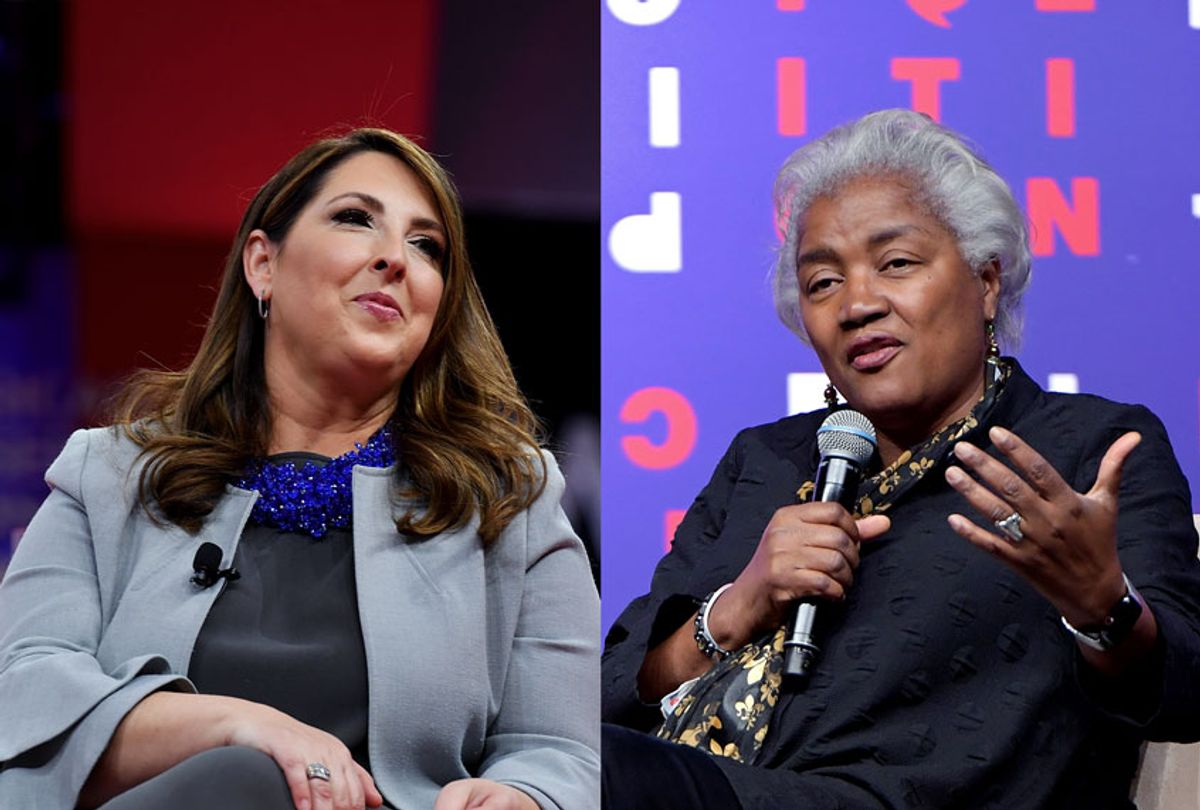 Brazile made the remarks after McDaniel suggested that the Democrats are headed toward a brokered convention if they don't choose Sen. Bernie Sanders as their nominee.

"Stay the hell out of our race," Brazile told Fox News host Sandra Smith. "I get sick and tired of listening to Republicans tell me and the Democrats about our process. First of all, they don't have a process. They're cancelling primaries."

"And for people to use Russian talking points to sow division among Americans, that is stupid," she added. "So, Ronna, go to hell."

"No, go to hell!" Brazile repeated. "I'm tired of it, Ed. We're not trying to prevent anyone from becoming the nominee. If you have the delegates and win, you will win."

"Rich coming from someone who helped Hillary cheat in the debates and went on a post-2016 book tour claiming the primary was 'rigged,'" he wrote on Twitter.

"Talk of a brokered convention and the DNC trying to stop Bernie obviously hit a little close to home," McDaniel later wrote on Twitter.