The DNC appears ready to engage in new and improved rigging methods. We can't allow that 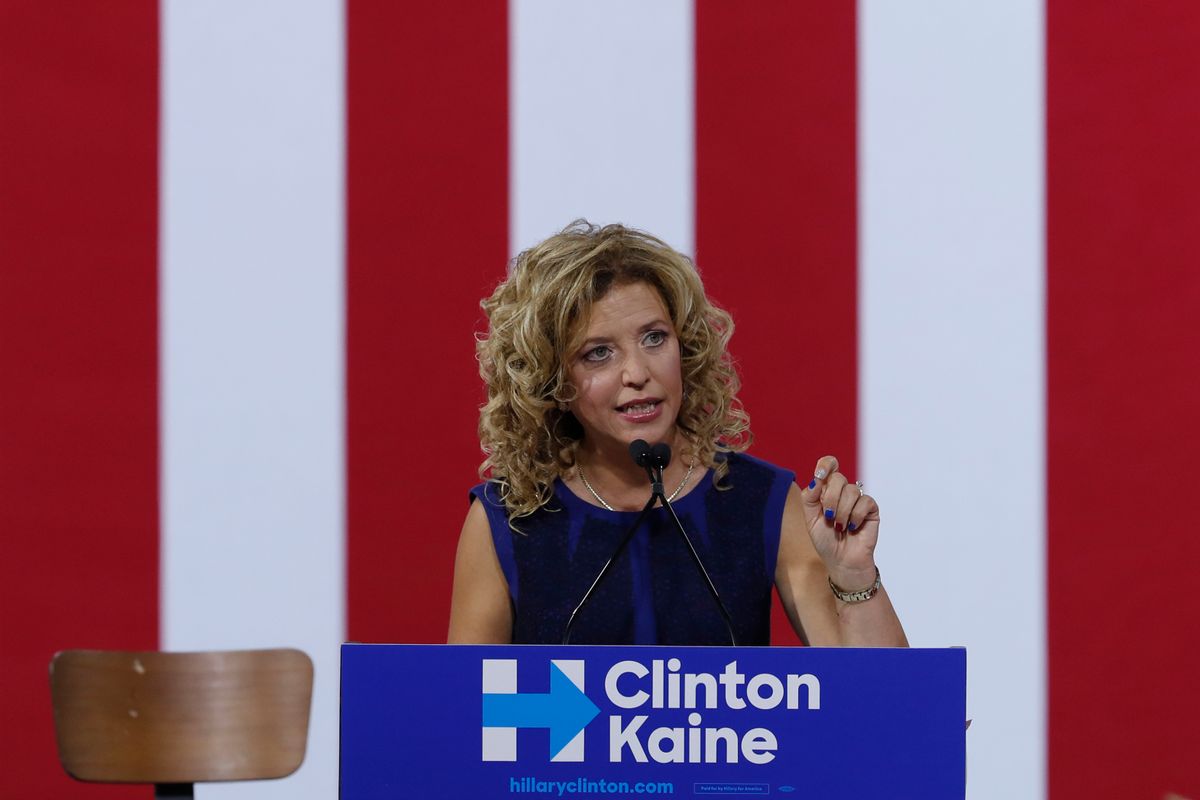 In this Saturday, July 23, 2016 photo, DNC Chairwoman, Debbie Wasserman Schultz speaks during a campaign event for Democratic presidential candidate Hillary Clinton during a rally at Florida International University Panther Arena in Miami. On Sunday, Wasserman Schultz announced she would step down as DNC chairwoman at the end of the party's convention, after some of the 19,000 emails, presumably stolen from the DNC by hackers, were posted to the website Wikileaks. (AP Photo/Mary Altaffer) (AP)
--

"We could have voluntarily decided that, 'Look, we're gonna go into back rooms like they used to and smoke cigars and pick the candidate that way.'"

That was the response from the DNC's lawyer Bruce V. Spiva, when asked by the U.S. District Court in Ft. Lauderdale in 2017 whether or not the Democratic National Committee had any legal obligation to run a fair primary. Verbatim. Spiva went on to claim that this wasn't how they ran the 2016 primaries, but again—they reserve the right to.

Of course, that is how the DNC ran the 2016 primary, give or take some cigars.

Indeed, even Donna Brazile, former chair of the DNC, admitted as much. Still, despite considerable protests in Philadelphia, the Democratic Party soldiered on, and guilted Bernie Sanders into stumping for the second most unpopular candidate in the history of U.S. presidential elections (2nd behind Trump). We of course know what happened next.

Now—as we stare down the barrel of 2020—we can see a DNC ready to engage in new and improved rigging methods, or even just toss out the primary elections altogether as 84 of 93 Superdelegates interviewed this week by the New York Times are entertaining. Indeed, just look at the recent Iowa Caucus app fiasco or how Bloomberg is hiring superdelegates and state Democratic Party vice chairs to work for his campaign, and you can almost smell the greasy traces of 2016 polluting 2020 like a burst pipeline of corrupt toxic sludge. Yes, as irony would have it, the leadership of the Democratic Party is tirelessly determined to show people just how undemocratic our elections really are.

So the question becomes: what do we do about it?

If we accept that our democracy is already broken beyond repair, and that the Democratic Party leadership is already putting into motion an organized scheme to overthrow our demands and undermine our electoral rights—what is our response? Put simply: #BernTheDNC.

Ultimately, the Democratic Party leadership fears the Sanders presidential campaign because they fear us. They fear a candidate who not only speaks to the needs of the people but who also lays bare so much corruption and injustice. They fear what a candidate like Bernie can excite in a nation long ago bored and angered by the status quo. They fear the largest and most organized working class movement this country has seen in our lifetimes. They fear all of this more than they fear four more years of Trump.

That is why—if we have to—we are committed to metaphorically "Bern the DNC."

Our goal is two-fold: to make it clear to the Democratic establishment that we know their game and we aren't gonna play this time. Our voices will be heard, and our will cannot be ignored. Think of it as an insurance plan against the shit storm of corruption that is already raining down on us and is only going to get worse as Bernie's campaign—and this movement—continues to clench primary after primary, despite everything that the billionaires, non-profit industrial complex lackies, corporate media pundits, and the Democratic Party elites and their underlings are doing to undermine us.

But we all know that you can't always count on insurance to save you. So, the second prong of our pitchfork is this: If you try to steal this primary again, the actions we take will be swift, widespread, organized and resolute. We will nonviolently but definitively shut down the convention in Milwaukee, and Democratic Party headquarters' across the nation.

All of the broken promises, the mirage democracy, the faux hope and change, the betrayals—all of these will fuel our response. And in that way, this goes way beyond Bernie. It's quite literally for everyone—everyone who is sick and tired of living under an oligarchy that refuses to raise our wages, refuses to understand healthcare is a human right, busts our unions, buys off our political leaders, refuses to meaningfully fight Trump and the fascists he works with, incarcerates us like no other country in the world, and is bleeding the planet dry—all of us who are sick and tired of being sick and tired…

There can be no progress on any issue if we don't insist on a basic foundation of self-determination and a democracy of, for and by The People.

The Democratic convention in July is the moment to highlight that fact, the moment to meet—to activate that shared solidarity in the spotlight of the DNC's self-adulation at the expense of all the rest of us. From word of mouth alone over the last two weeks over 500 people have already signed up and have committed to non-violent civil disobedience if they rig our primary and try to stop our movement. You can join us at BernTheDNC.org. We aren't trying to reinvent the activist wheel—but rather bring existing wheels together.

Kaitlin Sopoci-Belknap is national director of Move to Amend and an active member of Extinction Rebellion. She has served as a local elected official, campaign organizer, trainer, facilitator and mediator, and coordinated numerous grassroots and national projects and organizations.

Nick Braña is the national director of the Movement for a People’s Party. He was the national political outreach coordinator with Bernie 2016 and founding electoral manager with Our Revolution. Follow him on Twitter: @Nick_Brana

Eleanor Goldfield is a creative activist and freelance journalist. Her work has appeared on Free Speech TV and in print via Truthdig, ROAR, Popular Resistance, RT and more. She is the co-host of the podcast Common Censored along with Lee Camp. Besides touring and performing, she assists in frontline action organizing and activist trainings. Follow her on Twitter: @ActivistEleanor

Shelly Williams is the operations coordinator for Move to Amend, providing support to grassroots organizers and activists across the U.S., and a cofounder of Toward a People’s Constitution, a project of Democracy Unlimited. She’s also involved in local activism for rent control, and against police brutality and corruption, and usually has her 5-year-old in tow. Follow her on Twitter: @shellyMTA

Phil Ateto is the Solidarity Brigade Coordinator for the Backbone Campaign, and has served as a campaign volunteer coordinator.  He is involved in several issues, and leads deployments of Backbone’s high visibility and creative tactics in solidarity with local groups as an activist. Follow him on Twitter: @PhilthyHokie