Sparks fly at Steve Mnuchin hearing: "The only thing you suffer is smug rhetoric" 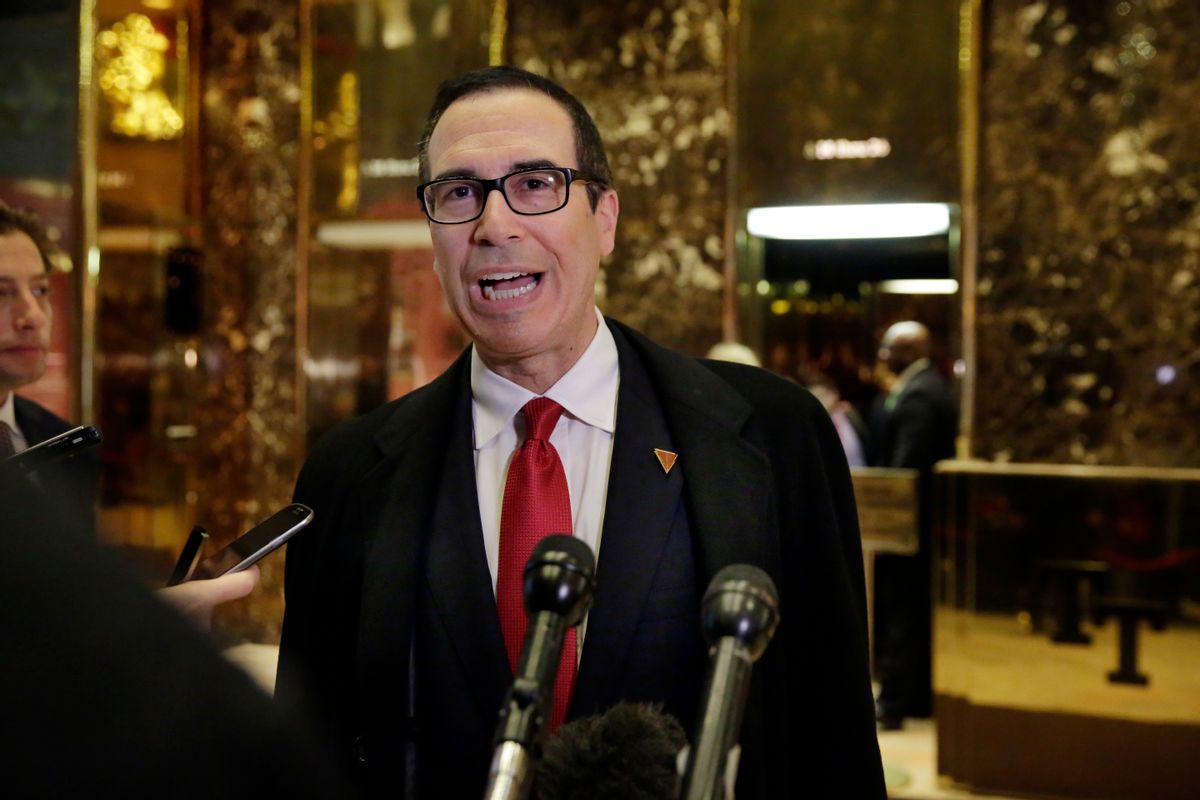 Treasury Secretary Steve Mnuchin expressed outrage during a Tuesday hearing after he was accused of breaking the law and "staggering lies."

The confrontation occurred in the House Ways and Means Committee when Rep. Bill Pascrell (D-NJ) confronted Mnuchin on his refusal to turn over the president's taxes to Congress.

"This isn't going to be pretty," Pascrell noted as he questioned the secretary. "It is impossible to be polite to corruption and people who break the law. So by refusing to turn over Donald Trump's business and personal tax returns to this committee, I think you're breaking the law."

"The only thing you suffer is smug rhetoric and staggering lies," he added.

"I asked a question," Pascrell shot back.

"I'm commenting because I find it offensive that you're telling me that I'm breaking the law and staggering lies," Mnuchin complained.

"I asked you tell me why you're not breaking the law," the New Jersey Democrat pressed.

"So in all due respect," he remarked. "I'm not breaking the law. You have a different interpretation. You're not a judge."

"Neither are you," Pascrell noted.

Watch the video below from The House Ways and Means Committee: