Every breath you take: The economic case for marine life 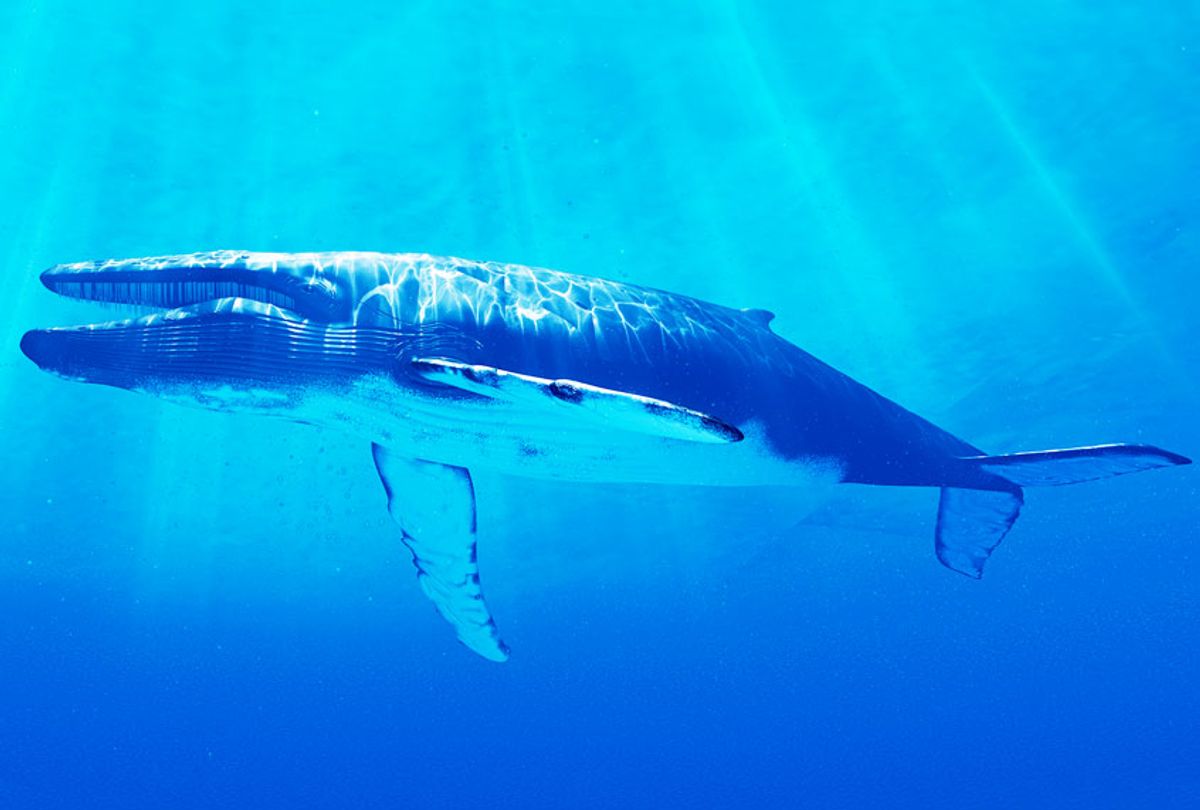 As a child growing up in Lebanon, Ralph Chami would stare out at the ocean, mesmerized by the Mediterranean and the mysteries of the sea. He wanted to be an oceanographer, but there were no marine science careers to pursue in his country. Eventually he and his family fled war-torn Beirut, and he earned his Ph.D. in economics from Johns Hopkins University in the United States, ending up as an economist at the International Monetary Fund. But the seas continued to draw Chami, beckoning him like a starfish to coral.

Three years ago, Chami volunteered on a whaling research mission in Baja California, Mexico, with his friends Michael Fishbach and Heather Watrous of the Great Whale Conservancy, a small nonprofit. While having dinner, their conversation turned to the important role that whales play in balancing Earth's natural carbon and oxygen cycles, scientific phenomena that Chami had never heard of. After that, he says, "Life was never the same again."

Whales, it turns out, dump critical amounts of nutrients and minerals from their waste streams as they dive and surface during their global migrations. Their iron- and nitrogen-rich poop sustain vast blooms of phytoplankton, the microscopic plant-based building blocks of the sea that supply at least 50 percent of the world's atmospheric oxygen, while consuming 40 percent of all carbon dioxide produced. Then, when whales die, they sink to the sea floor, sequestering their huge stores of carbon far from the atmosphere, where it no longer contributes to climate change. This carbon-oxygen marine cycle is known as the "whale pump." Given its importance, Chami began to wonder: What exactly is the value of a whale to global carbon markets?

The answer surprised him, and it demonstrated a potent new way of talking about climate change. Virtually all forms of marine life, from coral reefs to mangrove forests, confer discrete and tangible benefits to humans, including the sequestration of greenhouse gas as "blue carbon." Quantifying these natural resources' benefits in economic terms could be a way to convince policymakers to protect them.

Faced with the task of putting a price tag on a whale, Chami put his numbers hat on and went to work. Consulting with top ocean scientists and environmental economists around the world, he gathered the relevant data and began doing back-of-the-envelope calculations. Soon he realized he was on to something. "When I started coming up with the numbers, I thought it was a mistake, but each time I redid the numbers I came up with the same thing," he remembers. "I started crying in my office."

With the backing of his institution and help from a team of distinguished scientists, Chami released detailed findings last fall. Whales, it turns out, hold a lot of carbon: The average great whale sequesters 33 tons of carbon on the ocean floor when it dies, equivalent to the annual carbon sequestration of roughly 1,400 trees. But the difference is when a tree dies, the carbon can be quickly recycled back into the atmosphere if it burns. When a whale dies, the carbon is, for all intents and purposes, gone for good, buried on the seafloor.

Meanwhile, ocean environments are facing dangerous declines in oxygen levels as waters warm. By stimulating the photosynthesis of precious oxygen-making phytoplankton, whales help provide oxygen that is critical to the health of marine ecosystems, which are central to the survival of global tourism and fishing industries.

Chami and his colleagues argue that if whale populations were allowed to increase to pre-industrial levels, from their present-day count of 1.3 million to between 4 and 5 million, it would significantly improve the carbon-capturing ability of the oceans. They estimate that even a 1 percent increase in the ocean's phytoplankton productivity would have the same carbon capture impact as 2 billion mature trees.

So what is a whale worth? According to Chami's report, at least $2 million each — or as much as a trillion dollars for the total global population of great whales. Chami says that most of that amount, about $1.5 million, is the value of a whale's carbon capture function, while the remainder is a whale's value to the global tourism and fisheries industries.

The report sent ripples through the marine science community and received plenty of media attention. By highlighting the fact that whales are an economic public good, and should be valued that way, Chami's team laid bare the true costs of killing the world's largest creatures. And as increasing threats of climate change drive the global price of carbon higher, the value of whales could easily double or triple, researchers say.

But whales are just the beginning — just one of many blue carbon sinks that have quantifiable values and need to be protected. The great mangrove forests and salt water marshes around the world store 50 times as much carbon as tropical forests by area, yet research shows that 2 to 7 percent of these resources are being destroyed each year. What's more, recent research shows that massive carbon deposits stored in Arctic permafrost are melting and escaping into the atmosphere, turning once-frozen northern regions into smokestacks of dangerous planet-warming methane — climate scientists' worst nightmare. Likewise, coral reefs that help support the fishing and tourism industries are dying off in record amounts as oceans warm and acidify.

Melody Saunders Brenna, a cofounder and CEO of Reef Life Restoration and director of Reef Life Foundation, has been working to create artificial coral reefs and says that Chami's work has "taken the science community by storm." She says it's critical to put an economic value on important natural resources — to connect the dots between tourism, carbon sequestration, and local economies. Scientists in Australia surmise that projects to restore and protect marine carbon sinks in that country alone might be worth "tens of millions of dollars a year."

Putting a price tag on resources like whales and corals is tricky, because methodologies are in their early stages of development and data is scarce. Duke University's Ocean and Coastal Policy Program has been attempting to quantify the value of natural resources both locally in North Carolina and abroad. "It takes a crazy amount of knowledge to come up with a good number," says the program's policy associate, Tibor Vegh.

But researchers are trying, and many in the scientific community are desperate for solutions as natural resources quickly vanish. Chami's work reminds us that our planet's diverse lifeforms are inextricably linked, and that millions of years of evolution can be undone by human actions in a few short centuries. Like the world's fragile rainforests being cut to the ground, we need to protect the populations of whales and marine ecosystems that sustain our increasingly threatened global environment. They need to be valued like the breaths we take.