With coronavirus lurking, conferences wrestle with whether to cancel 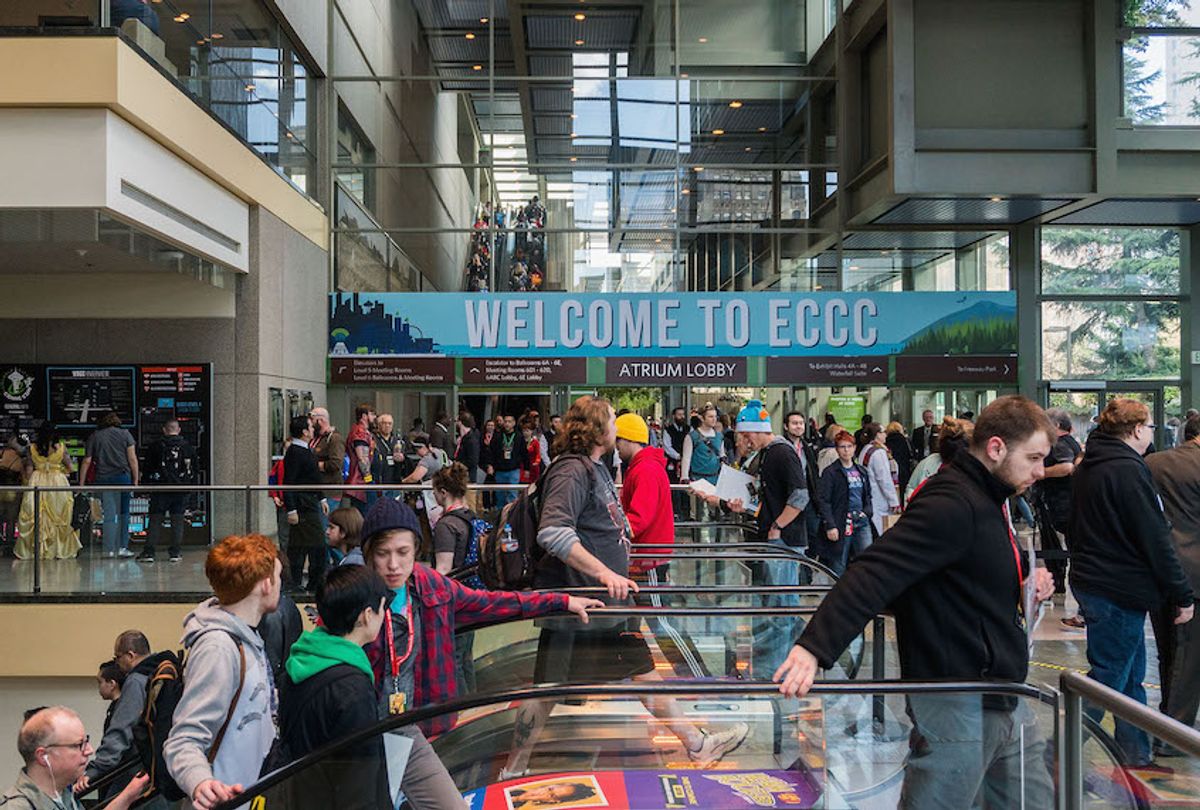 Nearly 100,000 pop culture fans flocked to Emerald City Comic Con in Seattle last year, including many dressed as superheroes, aliens and robots. But something scarier than a comic book villain is roiling the conference this year — the spread of the coronavirus.

Ten people have died from novel coronavirus in King County, Washington, where Seattle is located, according to the Washington State Department of Health. At least 70 people have tested positive statewide.

Dr. Scott Gottlieb, the former commissioner of the U.S. Food and Drug Administration, criticized the decision to go forward with the event, set to begin March 12.

"Meanwhile Comic Con will bring together 100,000 people in Seattle in a week," Gottlieb tweeted Thursday. "Into an area of America's only known, potential larger outbreak."

Mathematical disease models suggest that the coronavirus "could be far more pervasive in Seattle area," Gottlieb tweeted. "With hundreds or maybe low thousands of undetected cases."

The Seattle area is "on the cusp of intense community spread," said Dr. Amesh Adalja, senior scholar at the Johns Hopkins Center for Health Security.

An event the size of Comic Con "might create a surge of cases," Adalja said. "These are often difficult decisions, and there is no one-size-fits-all answer."

While viruses can spread at crowded outdoor gatherings, Adalja said, they tend to infect even more people at indoor events such as Comic Con at the convention center in downtown Seattle.

The event's organizers have offered refunds to anyone afraid to attend. Tickets for the four-day event cost up to $52 a day, with sold-out "premium" packages running $349.

Reedpop, the company that organizes the convention, said it will employ "enhanced cleaning guidelines, precautions and procedures." On its website, organizers acknowledged that their decision is controversial: "We recognize that not everyone will agree with our decision: it is our feeling that this community values coming together and building connections, even in difficult times."

At least two major publishers that had planned to attend the convention ― DC, which includes DC Comics, and Dark Horse Comics ― announced they were pulling out.

"It is with the safety and well-being of our staff and creators in mind that we have come to this decision," Dark Horse Comics tweeted Monday.

Meetings and conferences generate $330 billion a year in the United States, according to Meetings and Conventions, a website for event planners.

"I do not think it is necessary to cancel events in low-risk cities, but in a city undergoing an active outbreak, it is irresponsible," Gostin said. "Business must not trump health and welfare."

Other groups are taking a more cautious approach.

Some of the country's leading tech companies — Adobe, IBM, Google and Facebook — have canceled upcoming conferences. Others have restricted "nonessential" travel, including Amazon, JPMorgan Chase and The Washington Post. Companies such as Twitter and Square, the San Francisco-based electronic payment company, are encouraging staff to work at home.

A health care group announced Thursday that it would cancel its Orlando conference next week, even though President Donald Trump was scheduled to speak. The Healthcare Information and Management Systems Society, known as HIMSS, was scheduled to begin Sunday in Orlando. The conference attracted 42,500 people last year. Other top officials who had been scheduled to speak included Alex Azar, secretary of Health and Human Services, and Seema Verma, administrator of the Centers for Medicare & Medicaid Services.

Several corporate giants — including Amazon, Intel and Cisco — had already announced they wouldn't attend the conference.

"We recognize all the hard work that so many have put into preparing for their presentations and panels," said Hal Wolf, president and CEO of HIMSS. "It is clear that it would be an unacceptable risk to bring so many thousands of people together in Orlando next week."

Spokesperson Karen Groppe said the society hadn't decided about refunds. "They're working through it," she said.

Leigh Burchell, vice president of government affairs for Allscripts, which sells electronic health systems, said HIMSS made "the right decision, especially given the risk of exposing front-line health care workers who may be even more important to addressing the virus outbreak in the coming months."

At least 230 people have been diagnosed with coronavirus in the United States, according to Johns Hopkins University researchers. Worldwide, coronavirus infections have been confirmed in nearly 100,000 people, with more than 3,300 deaths.

Health officials in Washington state are "providing real national leadership" with their handling of the coronavirus, said Dr. Michael Osterholm, an infectious disease expert at the University of Minnesota.

Rather than focus on particular events or meetings, state health officials are looking at the big picture to develop comprehensive policies to control the outbreak, said Osterholm, who has been in frequent contact with Washington state health leaders.

"If there is any local and state health department combination that's prepared to handle this, it's them," Osterholm said.