Helmets protect athletes’ skulls. Will the NFL use neuroscience to protect their brains? 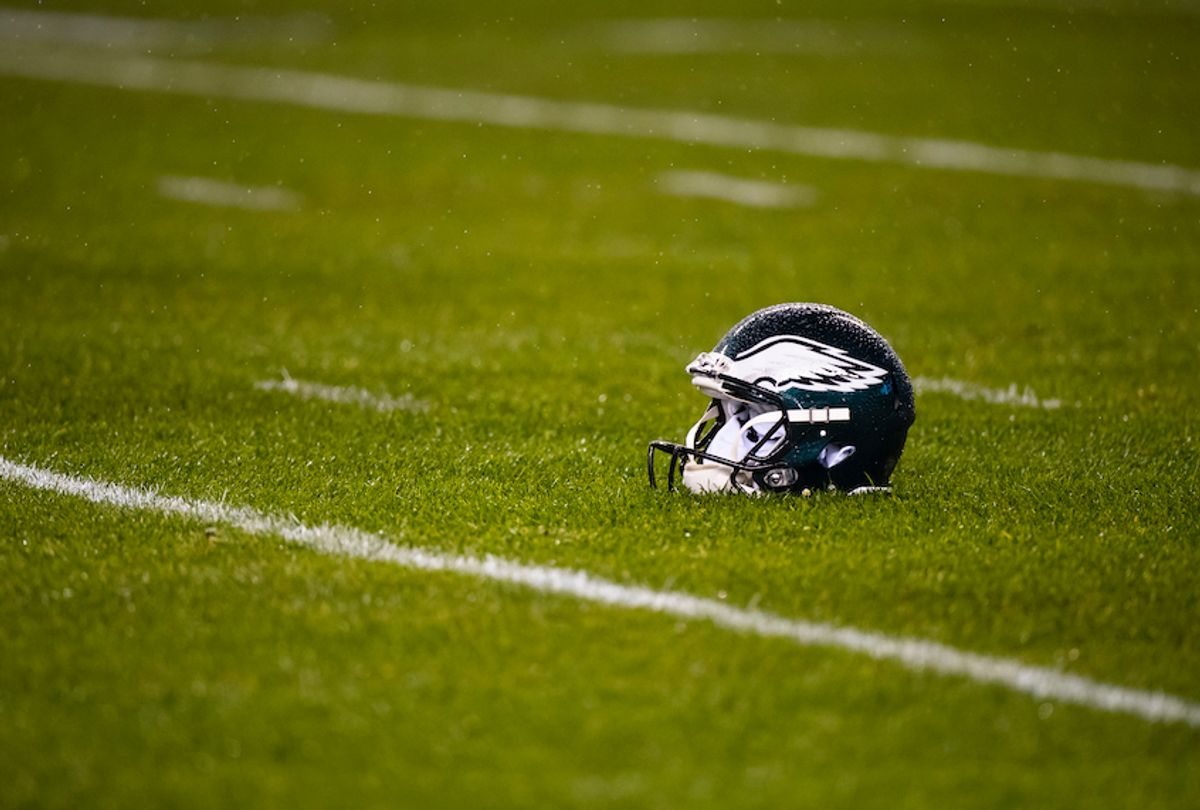 As a spectator, it's easy to forget the long term consequences of 300 pound humans crashing into each other at over 20 miles per hour. But this is the reality of American football. During play, the brain is one of the most susceptible parts of the body and the long-term danger may remain hidden until years after retirement.

New safety rules and improved  helmets prevent injuries such as skull fractures. But no amount of training or equipment is yet known to prevent concussions, internal brain injuries caused when the brain shakes back and forth, or chronic traumatic encephalopathy (CTE), the neurodegenerative disease that results from accumulated hits to the head. The best thing we can do is stop playing these types of sports. The second best option is to mitigate the risks.

The NFL is plagued with controversy over the league's relationship with head injuries. Traditional helmets are designed to prevent skull fractures. However, concussions are not just blunt force trauma, but results of rotational forces exerted when the head snaps back and forth.

If the NFL wants to get serious about concussion prevention, as many believe they morally have a responsibility to do, independent neuroscience has to have a leading role in how helmets are designed. While the NFL denies bias in how they use science, it is impossible to deny that they have a large financial interest in the results, and this has led to questionable measures on head protection. From 1994 to 2009, the NFL actually employed their own research committee. But the committee was overhauled in 2009 after criticism from Congress for their continued denial of the link between football and brain disease.

And then there are equipment companies like Riddell, which was sued by thousands of former NFL players in 2013 for falsely claiming that players using their Revolution helmet were 31 percent less likely to get a concussion. Riddell based their marketing on a study of their new helmet by scientists at the University of Pittsburgh Medical Center. Even when the authors of the paper informed Riddell that their interpretation of their results was wrong (the actual reduction was closer to 2 percent), Riddell failed to alter the original claim.

If you've ever been a passenger in a car that suddenly slams on its breaks, you know a little of what it's like to be tackled. You probably fall forward, kept in your seat by your seat belt. The car stopped, but you were still rapidly accelerating. You experienced a linear force. Measurements on a college player showed the  average acceleration of 10 hits he took during a single game. Each hit was roughly equivalent to what you would feel if you crashed a car into a wall going about 30 miles per hour.

Understanding of concussions and CTE has evolved significantly over the past few years and helmet designs are now just starting to catch up with the research. For example, scientists once thought that a concussion only bruised the outer grey matter surface of the brain. New researchpublished over the past five years demonstrates that the brain doesn't bruise, but does experience rotational forces and damage extending to white matter, deep tissue in the brain, as the fibers in white matter pull and twist upon impact.

Designing a better helmet is about being creative about reducing the rapid deceleration of the brain upon impact. In 2013, the start up company VICIS set out to create a helmet based on this current medical knowledge, with neurosurgeons, concussion specialists, and former NFL team physicians as advisers. Their approach focused on rotational forces on the brain instead of just linear ones.

Thanks to the more than $85 million raised, $1.1 million from the NFL, they launched the ZERO1 helmet in 2016. This product has a "reflex layer″ inside the shell composed of dozens of separate columns of padding, which bend, compress, and move in response to force in every direction, whether it's linear or rotational. The helmet also has a "deformable″⁣ outer shell that morphs its shape when hit, acting like a car bumper to absorb the blow. Since acceleration is speed divided by time, you can reduce acceleration by either decreasing speed or prolonging the time of the impact. The idea behind the car bumper properties of ZERO1 is that it increases the time of impact.

In 2018, 120 professional and college teams wore the ZERO1. Performance testing suggests that this collaborative approach between scientists and sports was working. The ZERO1 football helmet was ranked #1 in ability to reduce force to the head in the NFL's and NFL Player Association helmet laboratory performance testing from 2017-2019, every year it has been available.

While this innovative helmet design was hailed by neuroscientists, players, and sports leagues alike, VICIS did not survive competition with Schutt and Riddell, the two dominant companies in the helmet industry. In late 2019, VICIS announced it was out of money.

Other scientists are taking up the challenge to build a better helmet. David Camarillo is not just an Assistant Professor at Stanford University, he is also a former college football tight end. In 2013, his research lab developed computerized mouth guards to help accurately chart head acceleration data upon head impacts.

While most helmets use solids to absorb energy, like foam or the columns in the VICIS ZERO1, the Camarillo lab's approach introduces liquid into the helmet with the idea that liquids can absorb more energy than solids. Camarillo compares the design to a "hydraulic shock absorber." The team used computer simulations of an NFL impact test and compared the liquid approach with four other helmets with different energy absorption technologies. Results from his study suggest that the helmet reduces the average brain tissue strain upon impact by about 25 percent and could reduce concussions by at least 75 percent. However, as these results are still based entirely on computer simulations, the safety and logistics of building an actual helmet are still in research stages.

A concussion is not the same as CTE

While these new helmets are intended to prevent concussions, singular events caused by one hit, they may still be insufficient to protect against CTE. CTE is a neurodegenerative disease resulting from cumulative hits, whether they are concussive or not, that occur many times over many years. CTE is nearly impossible to study as symptoms almost never occur until many years or decades after repeated head trauma and positive diagnosis is only possible through an autopsy after death.

Ann McKee is a neuropathologist and expert in neurodegenerative diseases. She also directs Boston University's CTE Center. Her 2017 paper became famous when it suggested that 99 percent of former NFL players showed pathological evidence of CTE based on data collected from former players whose brains had been donated to Boston brain banks. The paper was scrutinized on the grounds that brains donated for CTE diagnosis may be biased towards CTE presence (i.e. family members saw the signs while the donor was alive). Her 2019 article enhances the correlation by being the first paper to include a non-football playing control group.

Experts are still trying to understand how head injuries, concussions, and other factors change the brain to cause CTE. Some scientists, such as the VICIS team and the Camarillo lab, believe that reducing the fierceness of the hardest hits that result in isolated concussions through more effective helmets will reduce the number and severity of CTE cases.

In the past decade, the NFL has spent over $200 million on concussion research, with multi-million dollar contributions in 2016 and 2018. However, at least some of that research has been overshadowed by what seems on the surface like a practice of funding labs associated with the NFL while withholding funds from labs that are critical of the organization. Players' lives are at stake and it is beyond time that the multi-billion dollar organizations that run this sport start putting players over profits. New helmet designs may be exciting parts of the solution, but only if the goal remains focused on sparing participants a lifetime of brain damage. In mid-November 2019, the NFL announced a $2 million grant competition to create a new "top performing helmet." Let's hope that it will go to unbiased researchers with good intentions.