Nutella is to Italians what peanut butter is to Americans. It is incorporated into a lot of desserts 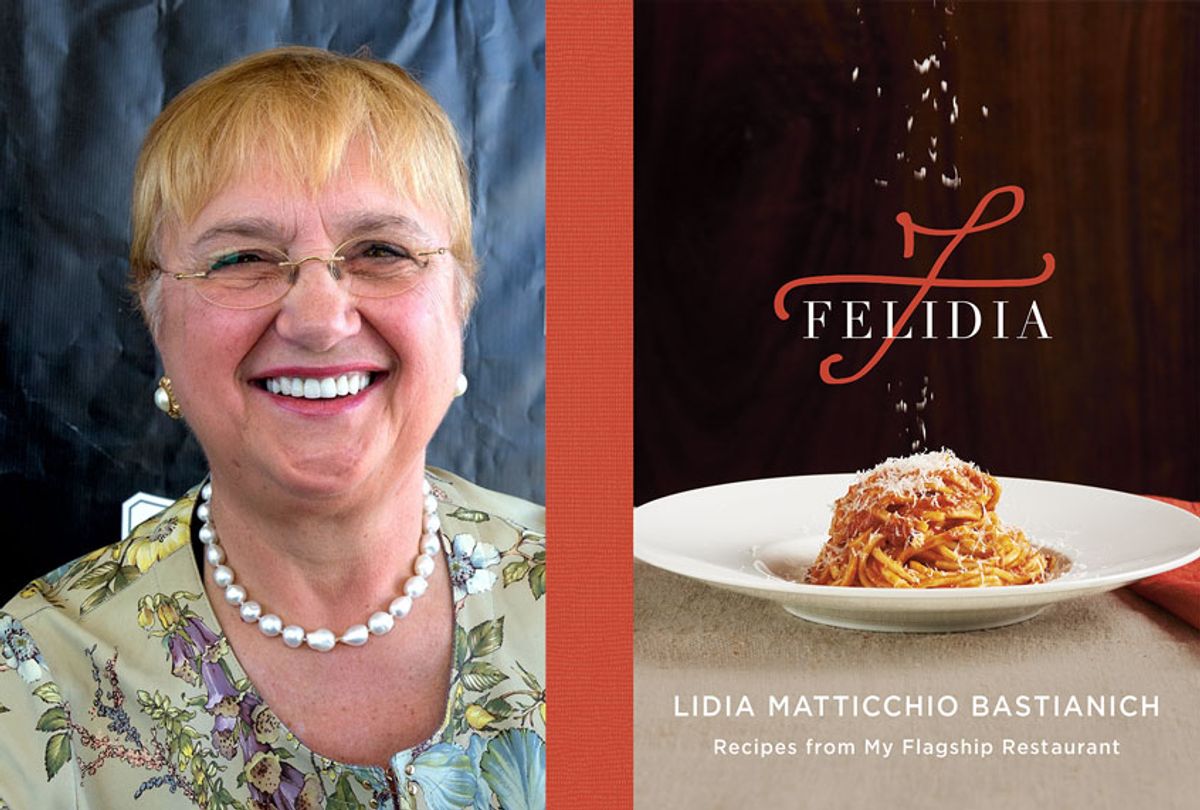 Nutella is to Italians what peanut butter is to Americans. It is incorporated into a lot of desserts such as crepes, cakes, and much more. Many Italian children eat Nutella on toast in the morning before heading off to school. The chocolate-hazelnut combination is undeniably good and works really well in many desserts. Since the flavor is so pervasive in Italian sweets, it only made sense to use it in a dessert that would have typically been made with just chocolate. Lidia is not an avid fan of chocolate desserts, but I won her over with this take on flan. — Chef Fortunato Nicotra

4 tablespoons unsalted butter, plus melted butter for the ramekins

Turbinado sugar, for lining the ramekins

Brush six 5-ounce ramekins with melted butter. Line the bottoms and sides with turbinado sugar. Preheat the oven to 350 degrees.

Melt the chocolate and 4 tablespoons butter in a double boiler. When it's melted, add the chocolate-hazelnut spread, and stir until smooth. Let cool slightly.

In an electric mixer fitted with the paddle attachment, beat the eggs and ¼ cup of the confectioners' sugar until pale and fluffy. With the mixer at low speed, pour in the melted chocolate mixture and mix until smooth.

In a separate mixer bowl, combine the egg whites, remaining ¼ cup confectioners' sugar, and cornstarch. Whisk at high speed until the whites form stiff peaks. Fold about a third of the whites into the chocolate mixture to lighten it. Gently fold in the remaining whites until just combined. Divide the mixture among the ramekins. Place them on a baking sheet, and bake until the flans are puffed and set, about 17 to 20 minutes. Serve right away.

You can serve these in the individual ramekins, like a soufflé, or you can unmold them onto small serving plates. Vanilla, hazelnut, fudge-swirl, or white-chocolate ice cream works well with this dessert. You can also serve it with unsweetened whipped cream.

Like this recipe as much as we do? Click here to purchase a copy of Felidia: Recipes from My Flagship Restaurant.