The big lesson of Super Tuesday’s votes...and what comes next

The contest between Sanders and Biden means the Democratic race is now about the men themselves, not their ideas 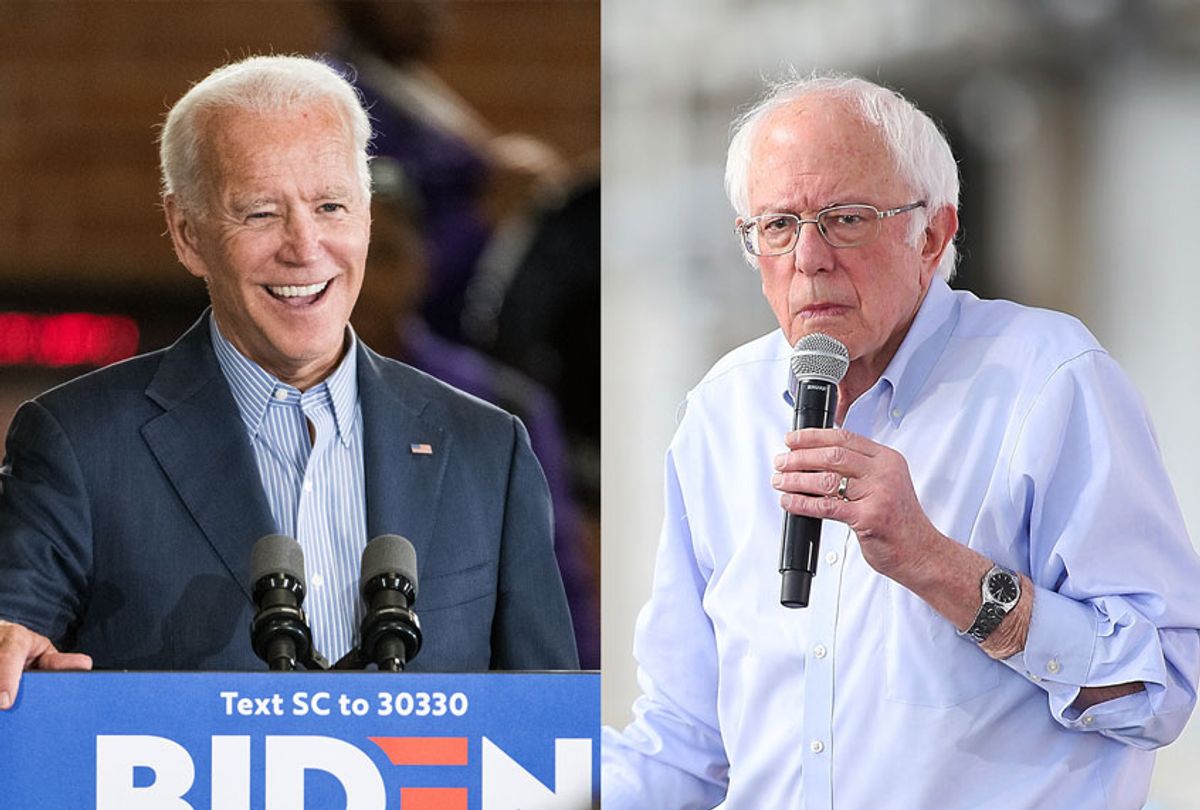 Maybe we should skip all the primaries, caucuses, polls and fund raising.

Just ask Rep. James Clyburn, the undisputed Democratic leader among South Carolina's influential black voters. He raised his eyebrows, offered a thoughtful endorsement and all of a sudden we have Joe Biden as the agreed-upon Bernie Sanders rival. Biden and Sanders became co-front-runners to face Donald Trump in November.

We could have saved a lot of time, effort and money by just asking Clyburn upfront. Instead, we built up to a Super Tuesday result that largely based on that endorsement propelled Biden to statistical victories in eight states. Biden got a delegate count competitive with Bernie.

All of a sudden, Joe Biden, who occasionally forgets what state he is in, what day it is or the words of the Declaration of Independence transformed to the sage, thoughtful, intelligent and yet empathetic political healer we crave.

Clyburn spoke and black voters — particularly elders — responded. As if by magic, all the opposition from Pete Buttigieg, Amy Klobuchar and Tom Steyer not only disappeared but turned around to endorse him heartily. Joining in were the likes of Beto O'Rourke, Tim Kaine, Harry Reid and a ton of other top Democrats.

Once the Super Tuesday results were clear, even Mike Bloomberg, half a billion dollars poorer, jumped on the Biden bandwagon. And Elizabeth Warren has taken the half step of dropping out, though she pointedly has offered no endorsement.

Sanders smells an organized establishment response here. I'm not sure about the label, but I agree with Sanders that someone like former President Barack Obama has been busy pulling political strings. It's too organized, too neat, too well-timed for the Super Tuesday contests.

Sanders boundless energy and humane ideas already have had a desirable and wonderfully passionate effect on this presidential campaign. Yet he is on the verge of annoying everyone by distancing himself from other Democrats by insisting that only he is pure of heart. He insists he has to fight "the Democratic establishment" as well as Trump.

If Bernie doesn't like to see his colleagues drop out to bless Biden now, wait.  He's really not going to like it when 500  super delegates are available on the second round of a brokered convention this June to dump most votes in Biden's lap. One way or another it will be a re-run of Sanders having to give way to Biden, as he had to show fealty to Hillary Clinton.

Dynamics of the race

Others dwell endlessly on the horse race among leaders. I am more interested in the role of ego on the one hand and the insistence among voters that only their pick can be right. That's what I've come to expect of Donald Trump troops, not Democrats.

Instead, from the start, Democrats had put up 20-plus candidates who individually reflected an array of human frailty. Sure, there was going to be a falling out among those who had trouble raising enough money. Or those whose ideas had a hard time touching the earth. Or who could actually get a bill passed through Congress. Or explain Medicare. It was kind of charming that actual people with actual flaws could each compete against Trump. The president lies daily, misunderstands policy regularly and flaunts an abusive and mean demeanor as he pushes for attention more as monarch than president.

Despite the pushing and pulling of a campaign, Sanders managed to win at least temporary front-runner status by actually winning popular count in Iowa, New Hampshire and Nevada. That has so persuaded his followers that any attempt to criticize him or any of his still-developing ideas was verboten and to be resisted aggressively.

It was fascinating when Bernie Bros reacted harshly after Buttigieg and Klobuchar withdrew. Backers went into almost attack mode against establishment Democrats who are liberal. But they were not in agreement fully with his proposals for free public college tuition, Medicare for All and universal child care, all with less-than-adequate explanations of financing. By contract, as a Sanders fan, thought the consolidations in the election were good, finally pitting Sanders against a very flawed Biden.

For openers, only a reduced race would let us see whether Sanders can gather an actual majority in selected votes, as opposed to holding leader status based on a quarter of a state's Democratic vote by virtue of the competition each gathering fewer votes than him. And, perhaps, only a reduced field can test whether Sanders indeed can turn out new voters in the kind of numbers that have not materialized to date.

Now, I'm willing to acknowledge that Sanders will prove a less-able governor than Biden or Warren, maybe even than Bloomberg. The same trait that is his great strength is also his great weakness — the insistence on being right because he is passionate about a fairer and equal society.

The presidency, however, is about running a huge and nearly untamed set of institutions requiring compromise for success as well as inspiring its people. That is something Trump has taught us anew.

As Tuesday's results tell us, enough Democrats are sufficiently frightened by Sanders' inspirational call for a political revolution to force a winnowing of candidates whose very number would assure him of continued victories.

Sanders' sense of smell is right. These pre-Super Tuesday developments were far from magic. They were a coordinated attempt to stop a Sanders'-inspired aspirational campaig and run on a watered-down version of his ideas that will challenge us in a different way. It's made it a personality campaign, not an ideas campaign.

Whatever happens, I hope Democrats, at least, remember that Sanders' ideas have proved invigorating and led us to pursue ideals of a fairer society.