Russia trying to “incite violence by white supremacist groups” in US ahead of 2020 election: report 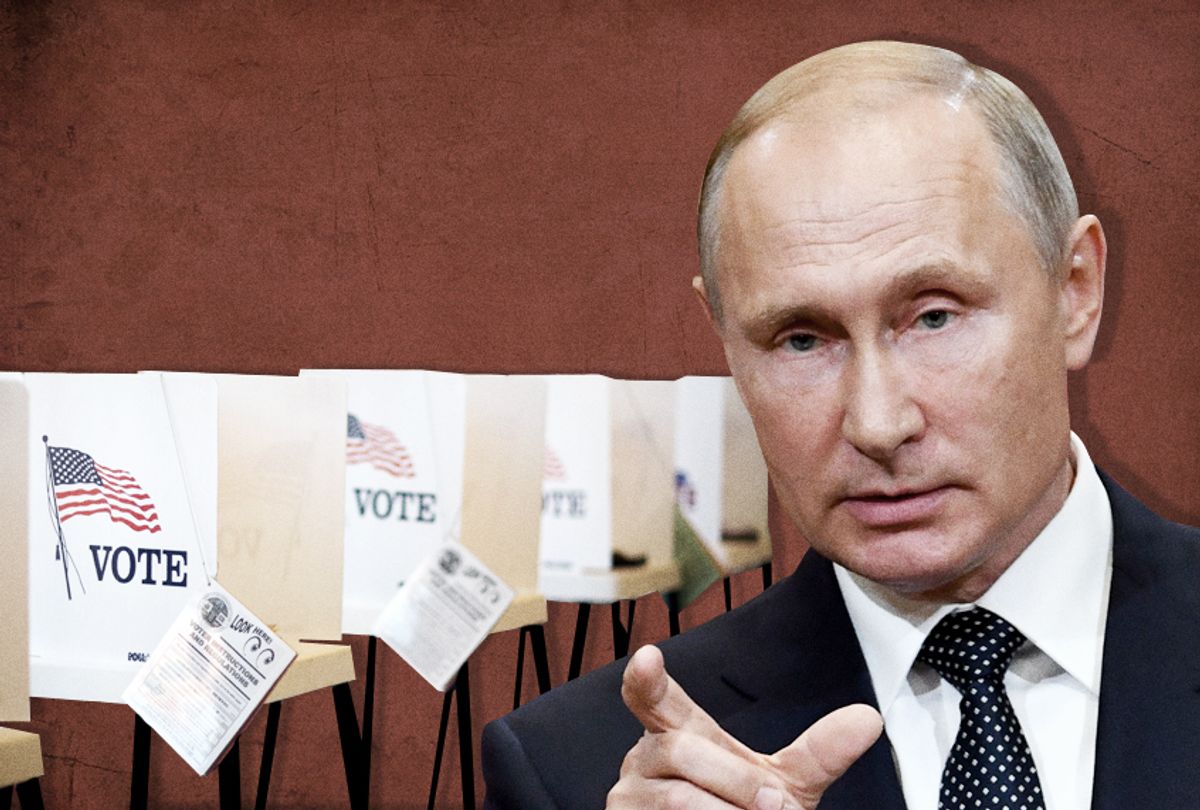 Russian intelligence operatives are ramping up efforts to stoke racial tensions in the U.S. ahead of the 2020 election by attempting to incite violence by white supremacist groups, The New York Times reported, citing seven government officials briefed on recent intelligence.

Russia worked to stoke anger among black activists and voters during the 2016 election, former special counsel Robert Mueller concluded, but Russian operatives are now escalating their efforts by working to influence neo-Nazi groups, according to the report. Federal investigators are now probing how at least one of these groups is funded.

Operatives from the Russian intelligence agency SVR inspired by the violence at the white supremacist march in Charlottesville, Va., have urged "white nationalists to more aggressively spread hate messages" and have helped amplify their posts through social media, officials told the outlet. Russian intelligence services concluded that "promoting hate groups was the most effective method of sowing discord" in the U.S., officials told The Times. Russia has also tried to "push black extremist groups toward violence," though it is unclear how.

The effort comes as public-facing propaganda efforts, like those by the state-backed news outlet RT, repeatedly highlight racial divisions in the U.S., often using these outlets to amplify stories about police violence and racism.

Unlike 2016, however, Russian operatives are getting better at avoiding detection by social media networks, intelligence officials told The Times. Instead of trying to reach as many people as possible using mainstream networks like Facebook, Russian operatives have instead used the far-right message board 4chan and private chat rooms to push their messages.

Russia's aim, multiple officials told the outlet, is to "foster a sense of chaos in the United States," though the effect of their efforts is less clear. Much of what Russia is doing is "trying to amplify the messaging of existing groups," according to the report. And some officials have disputed whether their aim is to influence the election.

"We see Russia is willing to conduct more brazen and disruptive influence operations because of how it perceives its conflict with the West," David Porter, a senior agent on the FBI's Foreign Influence Task Force, said at an election security conference last month. "To put it simply, in this space, Russia wants to watch us tear ourselves apart."

The attempts to stoke racial tensions were only one part of Russia's strategy to influence the 2020 election, officials told The Times, but experts worry that it could "do the most damage to the country's social fabric."

"One of Russia's goals is weakening institutions and the weaponization of race is a way they can do that," Laura Rosenberger, the director of the Alliance for Securing Democracy, told the outlet. "A divided America is a weaker America. When we are unable to solve our challenges together, Russia is more able to flex its power around the world."

The FBI has already begun investigating whether Russians are funding any white supremacist groups. Investigators are looking at whether Rinaldo Nazzaro, the American founder of the neo-Nazi group The Base, who now lives in Russia, has ties to Russian intelligence services or their proxies. The FBI is reviewing his 2018 purchase of property allegedly intended to be a training camp in Washington state, according to the report. Three of the group's members were arrested by the FBI in January ahead of a pro-gun rally in Richmond, Va. Four other members were arrested in Georgia and Wisconsin.

Russians have already funded far-right groups in Europe, officials told The Times. The efforts date back to the Cold War, experts said.

"The most successful efforts in these kinds of interference activities are those that exploit real division," Rosenberger told the outlet. "Race is certainly one in the United States."

"Russia's trolls pretended to be American people, including political groups and candidates," University of Wisconsin professor Young Mie Kim wrote in an analysis for the Brennan Center for Justice. "They tried to sow division by targeting both the left and right with posts to foment outrage, fear and hostility. Much of their activity seemed designed to discourage certain people from voting, and they focused on swing states."

There are divisions among officials about Russia's aim. Some officials told The Times that "Russia believed that acts of violence could bolster President Trump's re-election bid."

But Clint Watts, a former FBI official who now serves as a senior fellow at the Center for Cyber and Homeland Security at George Washington University, pointed out that the Kremlin has used these tactics "since at least 2014," which was before Trump even announced his candidacy.

Ned Price, a former CIA official who quit over his opposition to Trump, argued that Russia's aim to sow discord and to aid Trump are intertwined.

"As senior administration officials testify behind closed doors, lawmakers will be treated to an exquisitely delicate dance as officials presumably try to argue that Russia's goal is to stoke chaos -- but not necessarily to reelect Trump," he tweeted. "They're essentially one in the same."