Trump's inept coronavirus response: Is he just trying to protect his failing business?

There's an easy way to explain the president's callous incompetence: He only cares about his company's bottom line 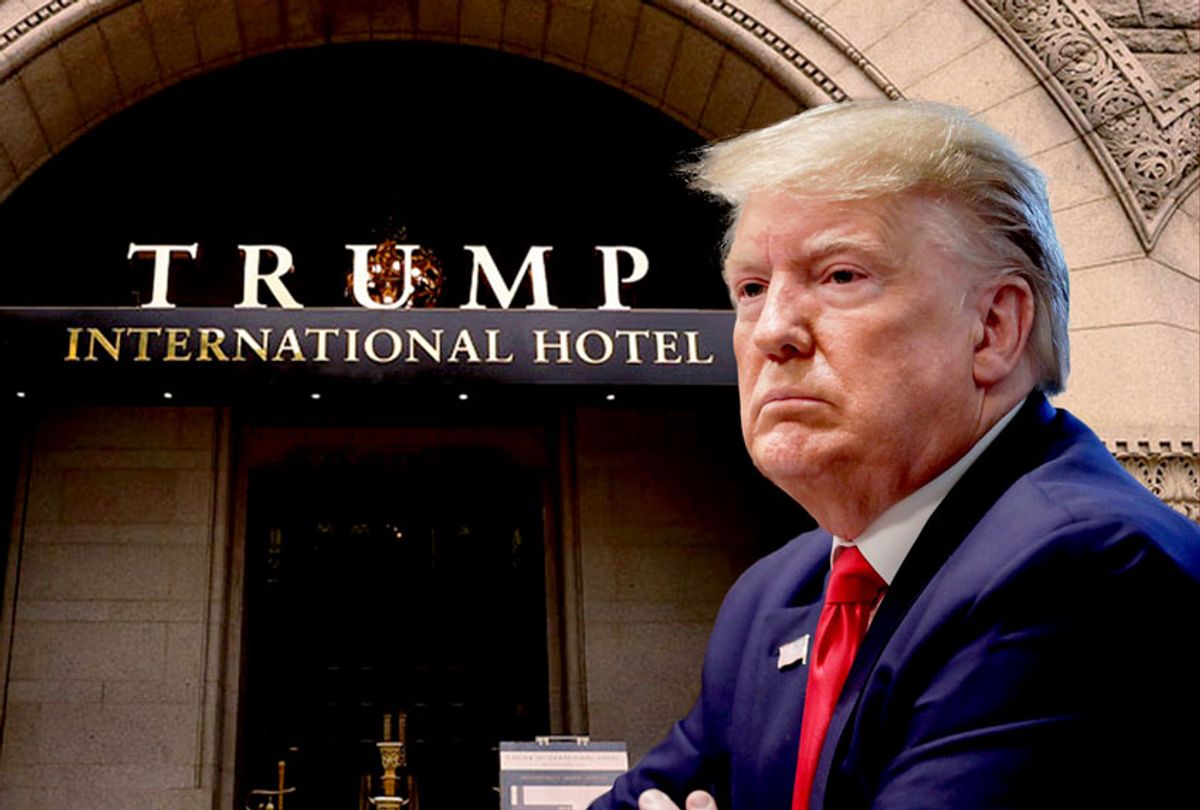 I think it's been pretty clear from the beginning of the coronavirus outbreak that President Trump's top concern has been American business, rather than public health. He has pinned his re-election hopes on an argument that his leadership has produced the greatest economy in world history, and 2,000-point plunges in the stock market are very off-brand.

He has spent the last week talking about how great everything's working out on the disease front, but he's awfully concerned about the health of American businesses. On Monday he crashed Vice President Mike Pence's daily coronavirus briefing and made the bold announcement that he would be boldly announcing a major economic rescue plan the next day. He said he would speak with House Republicans and Senate leaders about necessary legislation, apparently under the illusion that he could pass it without going through Speaker Nancy Pelosi.

This impromptu tease of some sort of economic intervention was apparently news to the rest of his administration. As CNBC reported:

[I]nside the administration, some officials were stunned by Trump's claim Monday that he would hold a press conference Tuesday to announce an economic plan. "That was news to everyone on the inside," one official said. The actual details of any plan remain up in the air. "It's not there right now," an official said. "A lot of details need to be worked out."

Trump didn't hold his Big Reveal on Tuesday. But he did go up to Capitol Hill to meet with Republicans. He apparently proposed a plan to eliminate the payroll tax through the election, which landed with a thud in both parties. He also proposed delaying the tax filing deadline and providing sick leave, along with a demand that the government "help" the travel industry and bail out the oil and gas industry. According to the Washington Post, he was very short on details and even his devoted GOP Senate minions were not impressed.

Nonetheless, Trump emerged from the meeting upbeat about the virus, telling the country that "a lot of good things are going to happen."

House Democrats have been working on practical legislation to benefit workers for some time, including offering free coronavirus tests and unemployment insurance for people who are unable to work due to the fallout from the crisis. There is no word on whether Senate Republicans might be interested, but since the president is reportedly unwilling to be in the same room with Pelosi it's hard to see how any negotiation can take place.

The oil industry has its hand out for a big bailout, along with the airlines and cruise lines. Not to be outdone, manufacturing and consumer product industries are lining up for some of that free money, looking for tax breaks and credits and anything else they can come up with. One lobbyist described it to the Post as, "We're in the spaghetti-on-the-wall phase of this conversation."

But there is one industry being hard hit by the crisis that doesn't need anyone to lobby for it. The hospitality industry has its own lobbyist right in the Oval Office. The president mentioned this in passing during that press conference on Monday:

Let us note that Trump's family business, from which he has continued to profit throughout his presidency, is the hotel industry. His ongoing financial interest in those properties may explain why he seemed downright gleeful at the prospect that international travel is now circumscribed, saying last Friday:

Gosh, I wonder what made him think about that?

The AP reports that despite the fiction that Trump has turned his businesses over to his sons Don Jr. and Eric (who seem to spend most of their time appearing on Fox News) and has no involvement with the company, sources say he often asks them how the properties are doing. And he's got plenty to worry about.

His businesses are not doing all that well, in fact. The Trump International Hotel in Washington remains the equivalent of Tony Soprano's Bada Bing Club, where all the movers and shakers and hangers-on gather to curry favor with the boss. But the Trumps have put the hotel's lease up for sale (they don't actually own the building) and at least one prospective buyer has said, "It's underperforming and unrealistically priced." Trump's Doral golf resort near Miami, where he briefly tried to bamboozle the G8 nations into hosting next year's conference, is a known money loser. In fact, it appears that most profits from the Trump Organization these days come from people buying political access and federal government spending on security and entourage for the president's frequent weekend and vacation jaunts.

It will surprise absolutely no one to learn that the re-election campaign and Republican Party are putting massive sums of money into the Trump coffers.

According to the nonpartisan Center for Responsive Politics (CRP), Trump-allied political committees and the Republican party have spent a whopping $18.1m at Trump properties since he launched his 2016 campaign. Republican candidates, elected officials and Pacs have ponied up another $1.2m in the same period.

Coronavirus could affect all that. After all, even some of Trump's staunchest congressional allies are now self-quarantining in parking lots after having been exposed to a person carrying the virus at the CPAC conference last week. Who knows how much money he'll lose if rich Republicans start socially distancing themselves from his properties?

Trump's happy talk about the virus can be chalked up to his efforts to stave off steep losses if people abandon his hotels and resorts. His desire to throw massive sums of money at the industries involved are similarly motivated. And his desperation to prop up the financial markets is all about maintaining the illusion that the economy is still supercharged long enough to get him re-elected.