"While I had too much to drink, I want to be clear that I have never used methamphetamines," Gillum says 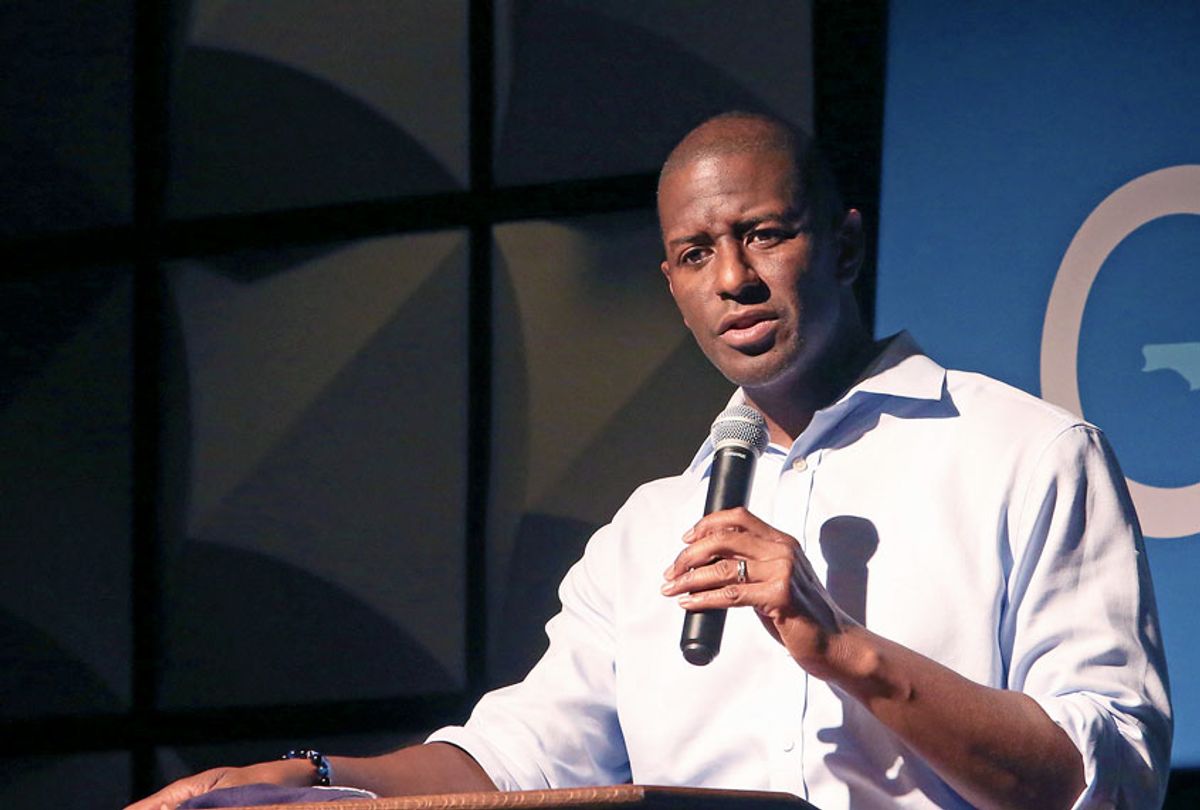 Former Florida gubernatorial candidate Andrew Gillum claimed that he has never used methamphetamines after police said they found him in a Miami hotel room where a man was treated for "possible drug overdose."

Gillum, the former mayor of Tallahassee, said in a statement that he did not use drugs after police found one of his friends, Travis Dyson, in stable condition after a reported crystal meth overdose.

"I was in Miami last night for a wedding celebration when first responders were called to assist one of my friends. While I had too much to drink, I want to be clear that I have never used methamphetamines," Gillum told the Miami Herald's David Smiley. "I apologize to the people of Florida for the distraction this has caused our movement. I'm thankful to the incredible Miami Beach EMS team for their efforts. I will spend the next few weeks with my family and appreciate privacy during this time."

The statement came after Gillum's name was mentioned in a police report obtained by the Miami New Times.

Police responded to a room at the Mondrian South Beach hotel after a cardiac-arrest distress call just before 1 a.m. Friday, according to the report. Officers found Dyson in stable condition he was treated by fire rescue workers for a "possible drug overdose."

Police said they made contact with Gillum and a third man named Aldo Mejias. Mejias told officers that he discovered Dyson and Gillum in the room "under the influence of an unknown substance."

Mejias said he observed Gillum "vomiting" inside the bathroom as Dyson "collapsed" on the bed.

"Officers then attempted to speak to Mr. Gillum," the report said. "Mr. Gillum was unable to communicate with officers due to his inebriated state."

Miami Beach Fire Rescue responded a second time to the hotel to perform a welfare check on Gillum and determined that he was in stable condition and his vitals were normal.

"Inside the hotel room, officers observed in plain sight three small clear plastic baggies containing suspected crystal meth on both the bed and floor of the hotel room," the report said. "Mr. Gillum left the hotel room and returned to his residence without incident."

The Miami New Times reported that Dyson was "confused" when asked about Gillum's statement.

"I personally was not celebrating a wedding," he told the outlet. "I don't know if [Gillum] was in town for a wedding. He did not mention that."

Dyson claimed that he and Gillum have known each other since last spring.

Gillum, who now works as a commentator for CNN, rose to national prominence after winning the Democratic gubernatorial primary with 34% of the vote while running on a progressive platform as his centrist opponents split the majority of the vote. Gillum went on to lose the general election to Gov. Ron DeSantis by just 0.4% of the vote. He was later rumored as a possible presidential contender and has since been floated as a potential running mate to the eventual Democratic nominee.

Gillum recently launched the voter registration group Forward Florida Action. The group boasted that it had added 100,000 new voters to the rolls in just six months in 2019, However, Florida Division of Elections data showed that fewer than 30,000 new voters had been added to the rolls by outside groups like Gillum's over the first nine months of the year, Politico reported.