Coronavirus has caused a bicycling boom in New York City 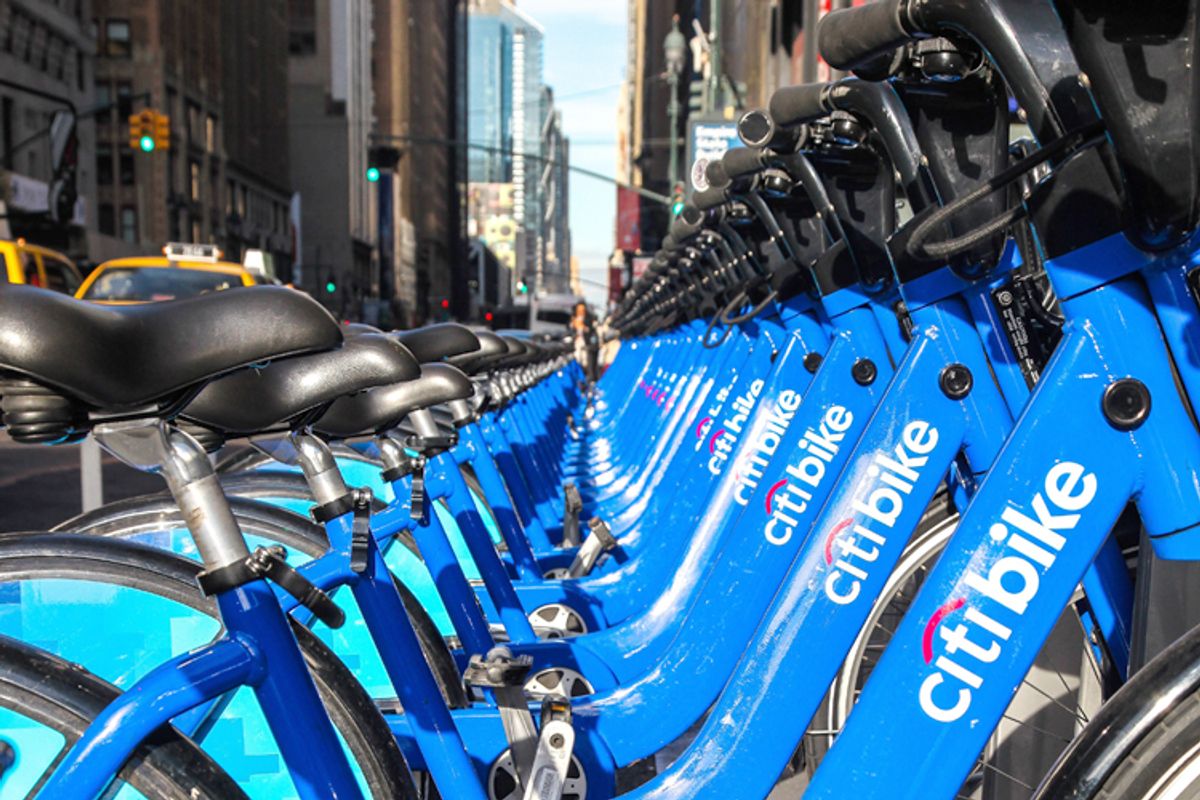 If there's a silver lining to the COVID-19 pandemic — and let's be real: we could all really use a win right now — it's that there's probably never been a better time to ride a bike in the Big Apple.

On Sunday, New York City Mayor Bill de Blasio unveiled a new set of guidelines for citizens hoping to help contain the burgeoning outbreak. They included working from home, if possible, avoiding subways during rush hour (a breeding ground for respiratory viruses), and walking or biking to work if possible to avoid crowding on public transportation.

At first, it was uncertain whether New Yorkers who aren't used to cycling on the city's inconsistent network of bike lanes —which are frequently clogged by parked or idling cars and trucks — would take the mayor's advice. De Blasio himself admitted he felt like he would need to brush up on his cycling skills before trying to navigate the city on two wheels, prompting some cycling advocates to ask why the mayor isn't trying more urgently to build bike lanes that are smooth and protected enough to accommodate even inexperienced cyclists.

Now, less than a week later, it's clear that inexperience and physical impediments weren't enough to keep New Yorkers from adopting a more hygienic, climate-friendly, people-powered form of transportation. The city's Department of Transportation announced on Wednesday that it's seen a 50 percent increase in bike traffic on bridges connecting Manhattan to Brooklyn and Queens compared to last March. New York City's bike share program, Citi Bike, has also seen an enormous upswing in demand. Citi Bike announced on Thursday that rides are up 67 percent compared to a year ago.

While it's clear that coronavirus precautions are driving a huge part of the uptick in cycling, some of New York's current biking boom can probably be attributed to unseasonably warm weather this year. (We also can't discount the possibility that some of these new cyclists are just looking for a way to work out their coronavirus anxieties without having to go to the gym.)

Though you might expect an influx of (presumably) inexperienced riders to make the city's streets less safe, the opposite is more likely to be true due to the well-established safety-in-numbers effect: The more cyclists there are on the road, the safer they'll be, because motorists are forced to become more attentive. And right now, there are a lot fewer motorists on New York City streets; the coronavirus pandemic has also caused a 15 percent drop in rush-hour traffic this week compared to the same time last year. That means less pollution for cyclists to choke on and fewer chances of dangerous collisions.

There's no telling whether New York's cycling boom will outlast this coronavirus outbreak, but for now, the combination of more bikes and fewer cars is creating safer, greener streets in the country's biggest city.

And that's something to smile about — even if it's behind a face mask.