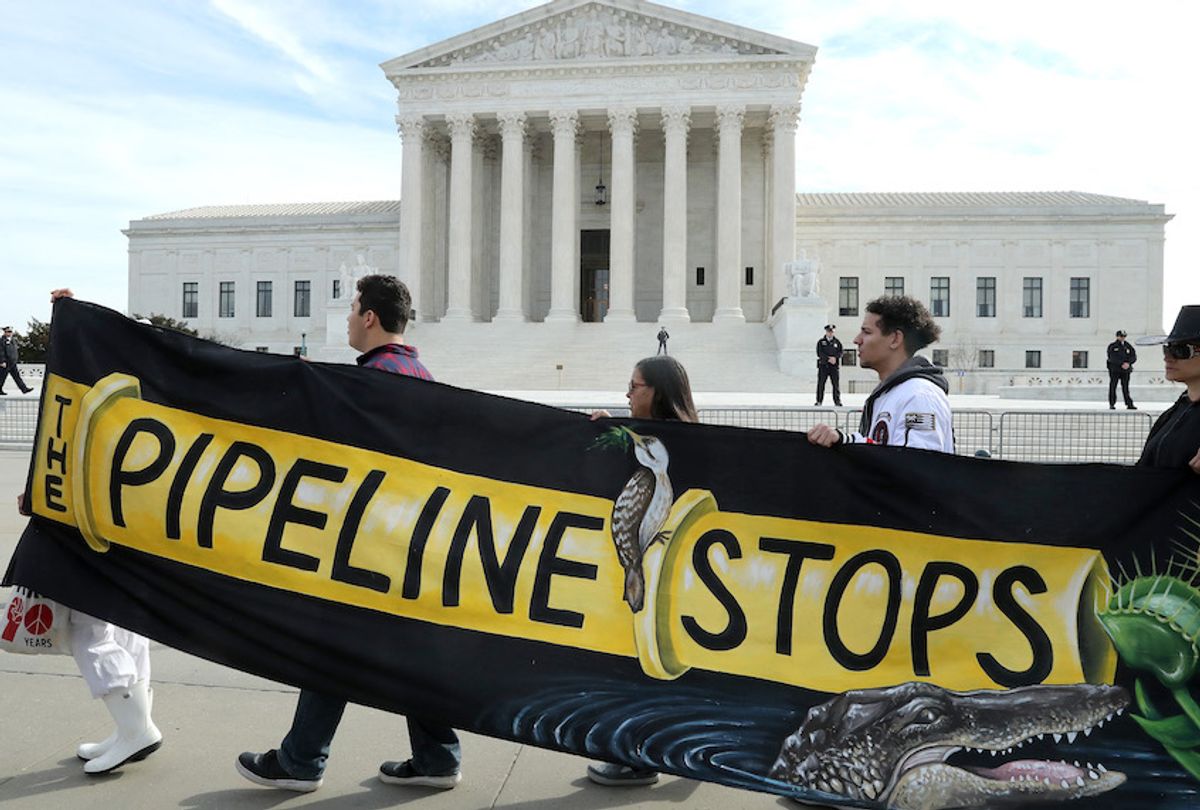 The Federal Energy Regulatory Commission has used this ploy, upheld in a 1969 case, to stall opposition for decades. The commission's general counsel is James Danly, a relatively inexperienced attorney Trump nominated for a commission seat. Danly has stalled every timely request for a rehearing in the past two years.

That means pipeline challengers can't go to court until the commission decides to stop stalling them.

The U.S. Court of Appeals is scheduled to hear arguments about the stalling tactic, known as "tolling orders," in oral arguments March 31. The orders are commission decisions that neither grant nor deny rehearing requests. That places challengers in legal limbo.

The case the D.C. Circuit is hearing involves the Atlantic Sunrise pipeline, Catholic nuns and others. FERC stalled rehearing the case long enough to let Transco start construction. The pipeline, which went into service in October 2018, runs from northern Pennsylvania to Alabama.

Danly and other attorneys for the commission said in court records that the Natural Gas Act doesn't require a final decision in 30 days.

Dominion Energy, whose board included William Barr, Trump's attorney general, got a nine-month reprieve from pipeline challengers with this maneuver. Dominion used this time to raze trees and start building a compressor station in Northampton County, North Carolina. More than half the residents there are African American. The median household income is nearly $15,000 below the state average.

The 600-mile Atlantic Coast Pipeline that Dominion and Duke Energy hope to build would run from West Virginia to North Carolina through two national forests and the Appalachian Trail. Court challenges and problems getting permits have halted construction for now.

Dominion told investors in November it expected a new opinion from the Fish and Wildlife Service about pipeline impact on endangered species. It believes the opinion would allow work to resume.