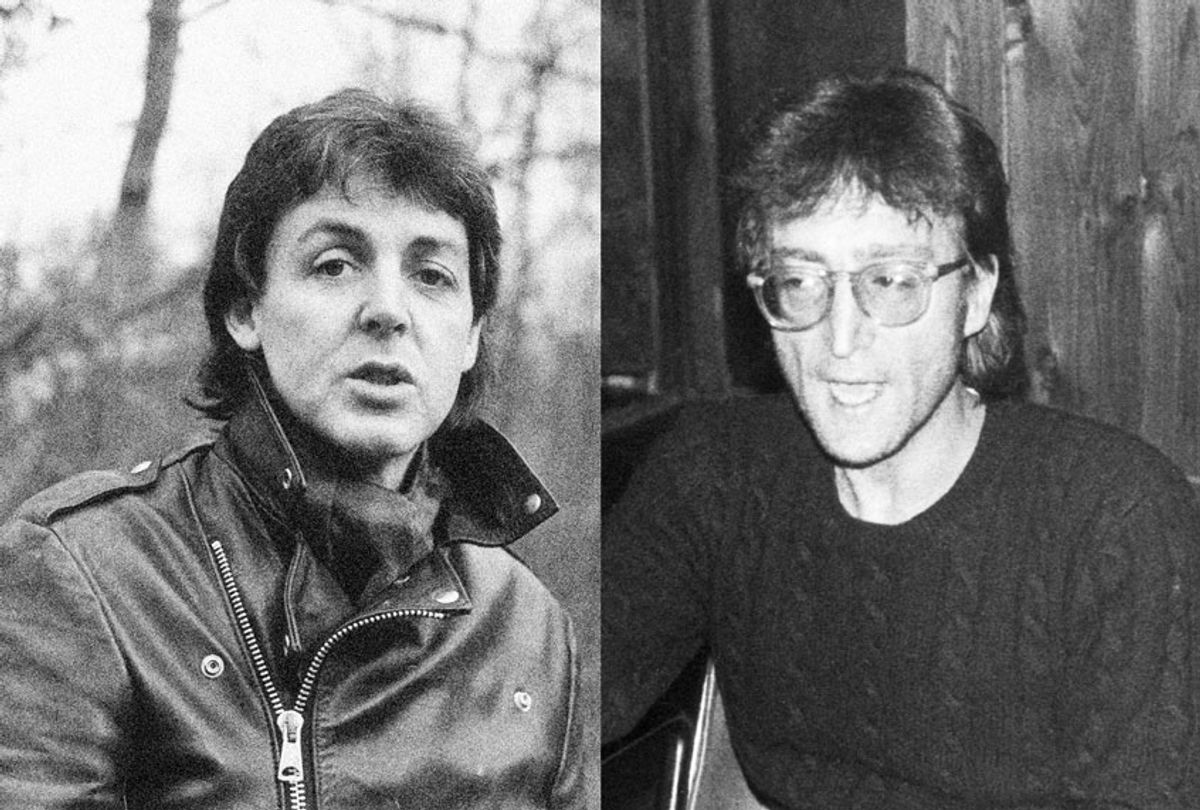 By the early spring months of 1980, John Lennon had begun to recapture his lost muse after more than four years in self-imposed retirement. Over the past several months, he had started furtively writing new material as he and wife Yoko Ono plotted their return to the music business. But an old friend provided what might have been the most significant moment of inspiration during that fateful final year in Lennon's life.

In March and April 1980, Lennon ensconced himself in the family's Cannon Hill estate on the edge of Long Island's Cold Spring Harbor. The Lennons had purchased the property the previous autumn, and John had been eager to spend more time there. With his personal assistant and driver Fred Seaman in tow, Lennon enjoyed riding along the North Shore roads in order to "check out the neighborhood."

With Seaman behind the wheel, Lennon often toyed with the car radio, scanning up and down the FM dial to catch up on, and often critique, the latest hits or wax nostalgic to the sounds of the golden oldies. He rarely listened to a complete song, save for the instances in which he happened upon something that really caught his fancy.

If the Rolling Stones' "Miss You" made its way across the airwaves, for example, Lennon would smile with delight, singing along and observing that, if nothing else, Mick Jagger had plundered a standout tune from his recent and highly public divorce from wife Bianca. When Beatles songs played on the radio, Lennon frequently changed the dial, complaining that all he could think about were the particular sessions that produced the tracks — and how he felt at the time — rather than being able to sit back and enjoy them.

But that all changed one afternoon, when Lennon heard a familiar voice crackling over the car radio. "F*ck a pig! It's Paul!" he exclaimed. And sure enough, it was "Coming Up," McCartney's latest single. To Lennon's ears, it was simply infectious. Indeed, while he had tended to dismiss much of Paul's recent work as empty-headed instances of bubblegum pop, this new tune had truly caught his imagination.

Quite suddenly, Lennon found himself entranced by the staccato beat of McCartney's new sound. For the life of him, Lennon couldn't get "Coming Up" out of his head. "It's driving me crackers!" he said, as he experienced the jarring return of the old competitive energies of his Beatles-era songwriting rivalry with McCartney.

For Lennon, "Coming Up" proved to be a watershed moment — an instance in which McCartney had surprised his old songwriting partner by pushing the boundaries, by going too far in a pop-music environment that had come to expect conventionality from the most successful pop artist among the former Beatles.

As it happened, Lennon had been fortunate to hear the "freak" version of McCartney's new song on the American airwaves at all. Executives at Paul's new label Columbia Records had a sense that his live version of "Coming Up," which had been recorded back on December 17 with Wings at Glasgow's Apollo Theatre, would be more appealing to listeners than the LP track, with its hyper-pronounced studio hijinks. To this end, Columbia pressed promotional copies for American DJs, who played the live version of "Coming Up" in droves, ensuring that the single became McCartney's seventh U.S. chart-topping hit.

For Lennon, hearing "Coming Up" that afternoon in the station wagon had a revelatory effect on him. "I thought that 'Coming Up' was great," he remarked later that year. "And I like the freak version that he made in his barn better than that live Glasgow one," adding that "if I'd have been with him, I'd have said, 'That's the one to do.'"

Now sitting at the dawn of a new decade, Lennon clearly recognized that he was in a much better psychological space to benefit from the competitive energy that had driven Lennon and McCartney as songwriters at the height of their powers during the Beatles years. By the 1970s, Lennon admitted, "I was so full of meself—centered. I didn't give a shit what he was doing." Besides, said Lennon, Paul "was putting so much stuff out" that it was difficult to keep up. And "sales-wise, forget it," as far as Lennon was concerned. Paul "always had more fans than me, even in the Cavern. So there's no comparison on that level." As far as artistry goes, said Lennon, it would be like pitting Magritte and Picasso against each other. "How can you compare it?"

Regardless of his personal history with Paul, "Coming Up" had clearly registered with Lennon on a highly visceral level. "If I'm impressed by a record on the [radio], I immediately want to write [a song]. Warren Beatty said it about movies. 'A great movie is one that makes you want to make a movie.'" For Lennon, catching wind of an exemplary record had the same effect. "I wish I'd made that," Lennon would inevitably think to himself. "Shit, I'd go right out and make it, you know? I don't know what it is, but he [Beatty] is right: when I hear a great record, I want to make it."

And within a matter of months — and with a bevy of new material in the offing — Lennon would do just that.