Has the world entered an era of ultra-low prices? 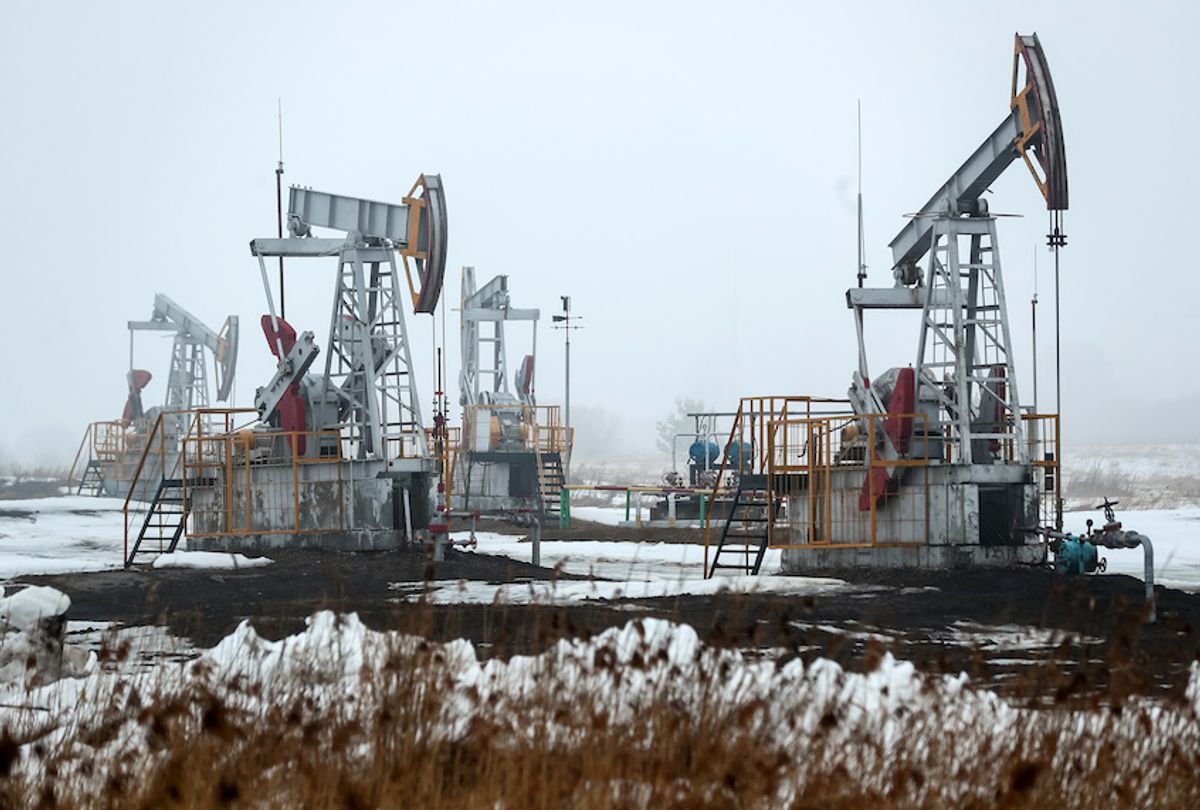 Pumpjacks near the Yamashinskoye rural settlement in the Almetyevsk District. (Yegor Aleyev\TASS via Getty Images)
--

The world is again undergoing an oil shock.

Prices, already on a downward trend, have collapsed 30% in less than a week, bringing the total fall to nearly 50% since highs in early January. Consumers, of course, can expect gasoline prices to go down, but the story is far more complicated than that.

Having researched energy for decades, I see this as a big deal, not only for the global economy, but for geopolitics, the future of transport and efforts to mitigate climate change, particularly if the world enters into a sustained period of cheap oil.

Oil prices have been forced downward due to major influences from both the demand and supply sides.

Demand for crude oil and petroleum fuels has fallen worldwide because of the coronavirus pandemic, nowhere more so than in China. Locking down millions of people closed factories, cut supply chains and reduced transport at home and abroad via trade. This is key, because China is the globe's largest oil importer and a major driver of global demand. A global downturn in demand from transportation, not least in air travel, has eroded demand further.

On the supply side, an uneasy partnership between OPEC and Russia has turned into a bitter breakup. The resulting war for market share has flooded the world with oil.

OPEC and Russia first got together in 2016 to cut production and raise prices against a river of new oil from shale drilling in the U.S. To a degree, it worked – prices did rise, though in volatile fashion.

But at a meeting on March 6, the Saudis proposed yet another cut to counter muted demand from the coronavirus' effect on the economy. Russia said it would elevate production instead, and the Saudis responded by saying they would, too. A few days later, the United Arab Emirates said it would also boost output to record levels and accelerate plans to increase capacity.

Russia's motives seem evident. Suffering under sanctions for its seizure of Crimea, Russia had kept its production relatively muted for years at the bidding of Saudi Arabia, which allowed U.S. shale producers to gain market share at the expense of Russian companies.

There is little doubt, too, that U.S. oil companies are especially vulnerable right now. Many have operated along the edges of profitability and remain deep in debt. With demand falling, an added downward push on prices should bring real pain to the plains of Texas, North Dakota and Ohio. Still, I expect U.S. producers to survive as they have before – by consolidating, finding ways to lower costs, becoming more efficient and innovating.

Russia's calculus that it could gain market share against shale companies by boosting output was likely accurate, but it probably didn't include the Saudi-UAE response. Russian officials have said companies can probably raise production by around 200,000 to 300,000 barrels per day in the short term, with the Kremlin claiming 500,000 barrels a day later in 2020. My own estimates suggest that, together, the Saudis and Emiratis can boost flows by as much as 3.5 million barrels per day – possibly 10 times the Russian volume – over the rest of this year, with about 2 million barrels in the short term.

Even without any of these increases, there was already a glut of oil globally. According to the International Energy Agency's Oil Market Report for March 2020, the fall in demand and rise in shale production would have left the global market oversupplied by more than 3 million barrels per day unless OPEC made big cuts. This surplus now looks modest compared to what the year seems likely to bring.

History may not repeat itself, but it does provide analogies. In 1986, the Saudis opened the spigots against rising production from the North Sea and, more importantly, the Soviet Union. The result was a generation of cheap oil that lasted until Chinese demand forced prices higher starting in 2004. During this era of low oil prices, the U.S. had little development of alternative energy sources; increased consumption; a decline in fuel economy; saw the surge of the SUV; and growth in oil imports to the U.S. That period also saw U.S. military intervention in the Middle East.

Can all this happen again? No. And the direction of prices could, of course, change course. But an era of very low prices, say less than $40 per barrel as exists right now, would bring new negatives, perhaps even more worrisome.

Like what? This is, of course, speculation, but I could imagine the following trends emerging:

The current shock is not yet over at this writing, and more big changes may lie ahead. What can be said with some assurance is that the effects of mega-cheap oil are bound to be diverse and, in some ways, nuanced. But they are not likely to be beneficial. Yes, there will be some perks for consumers if fuel prices are at basement levels for longer than a few months. Food and heating oil, for example, will be variably cheaper.

But ultra-cheap oil is not the world's friend. There are too many reasons to move away from dependence on petroleum in the domain of fuel. I've suggested only some in the list above. Such a move will be a massive undertaking, to say the least. It will not be aided by another era in which oil is more affordable than bottled water.