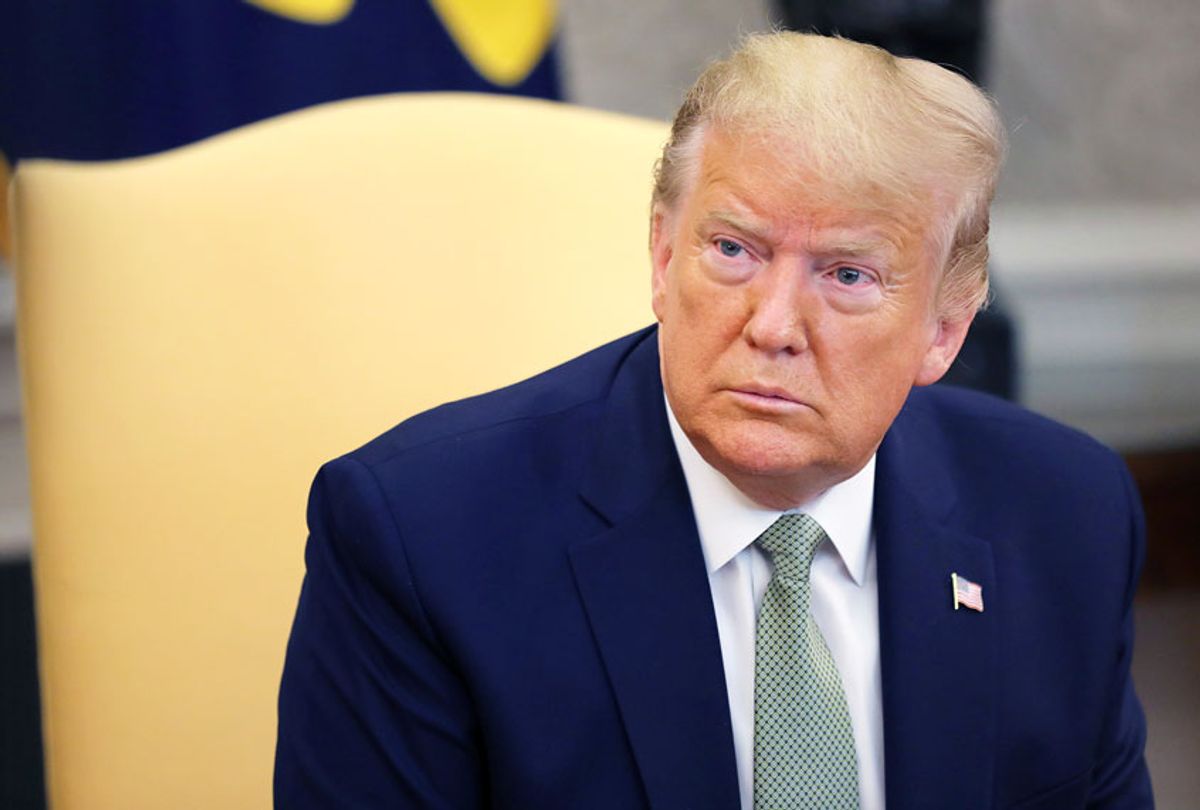 German officials are trying to prevent President Donald Trump from poaching a company working on a COVID-19 coronavirus vaccine to ensure exclusive profits for the U.S., according to a new report.

The German newspaper Welt am Sonntag reported over the weekend that Trump offered $1 billion to the German company CureVac, whose scientists are trying to develop a vaccine, to move their work to the states and provide an "exclusive" vaccine "only for the U.S.," according to Reuters. The German outlet reported that Trump wanted to ensure the vaccine would only be available on a "for-profit" basis.

The Trump administration denied the report.

"Not true. The Welt story was wrong," Richard Grenell, the acting director of National Intelligence and the U.S. ambassador to Germany, tweeted. Another U.S. official told Reuters that the "story is wildly overplayed."

But German government sources confirmed to the outlet that the Trump administration was "looking into how it could gain access to a potential vaccine" being developed by the company. A German official told The New York Times that the company was offered a "large sum" of money.

The company said in a statement that it "rejects current rumors of an acquisition." It expects to have an experimental vaccine ready by June or July, and then begin testing.

German officials suggested the government could take over the company, and said Berlin was "very interested in ensuring that vaccines and active substances against the new coronavirus are also developed in Germany and Europe."

"German researchers are taking a leading role in developing medication and vaccines as part of global cooperation networks," Foreign Minister Heiko Maas added, according to The Guardian. "We cannot allow a situation where others want to exclusively acquire the results of their research."

Karl Lauterbach, a member of the Social Democrats, said the country must to everything it can to prevent the U.S. from poaching the researchers.

"The exclusive sale of a possible vaccine to the USA must be prevented by all means," he said. "Capitalism has limits."

German Health Minister Jens Spahn later told reporters that a Trump takeover of the company was "off the table" and that CureVac would only develop a vaccine "for the whole world — not for individual countries."

Dietmar Hopp, a leading investor in CureVac, said in a statement that the company would not sell a vaccine to a single country.

"If we are successful in developing an effective vaccine, then it should help and protect people across the world," he said.

CureVac said last week that its outgoing CEO, Daniel Meniechella, was invited to the White House to meet with Trump.

"We are very confident that we will be able to develop a potent vaccine candidate within a few months," Menichella said in a statement.

According to The New York Times, the offer "arose from that meeting." Menichella stepped down from the company last week.

Maas, the German foreign minister, said he would not allow Trump to move forward with a plan to poach the company.

"German researchers play a leading role in drug and vaccine development," he said, "and we cannot allow others to seek exclusive results."