Kellyanne Conway feuds with journalists over coronavirus slur: “I’m married to an Asian"

"You're all so obsessed," the White House counselor told members of the press. "I thought you knew" 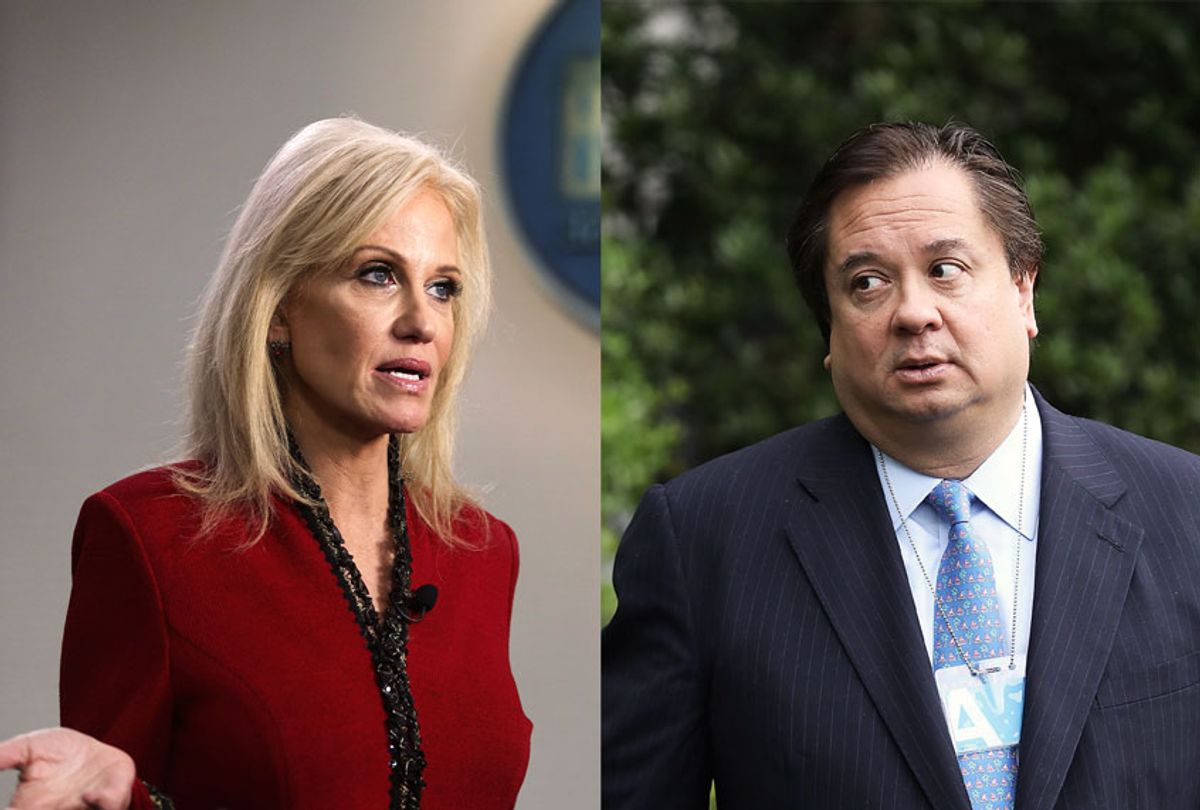 As President Donald Trump came under fire for stoking xenophobia by labeling COVID-19 as the "Chinese Virus," CBS News White House correspondent Weijia Jiang revealed on Twitter that some of the president's aides had used even more offensive terms.

"This morning a White House official referred to #Coronavirus as the 'Kung-Flu' to my face," Jiang, who was born in China and raised in West Virginia, tweeted on Tuesday. "Makes me wonder what they're calling it behind my back."

PBS NewsHour reporter Yamiche Alcindor pressed Trump on the slur during a press briefing at 1600 Pennsylvania Avenue the next day.

"There are some, at least one White House official, who used the term 'Kung-Flu,' referring to the fact that this virus started in China," she asked. "Is that acceptable?"

"I'm not sure the person's name," Alcindor replied. "A person at the White House used the term 'Kung-Flu.' My question is: Do you think that's wrong? And do you think using the term Chinese virus puts Asian Americans at risk? That people would target them?"

"No, not at all. Not at all," Trump said, claiming that Asian Americans "probably would agree with it 100%. It comes from China. There's nothing not to agree with."

Alcindor also questioned Conway about the comment on Wednesday morning. Conway then turned to Jiang with a demand: "Weijia, who was it? Tell us."

"I think you understand how these conversations go," Jiang responded.

"No, I don't know how these conversations go, and that's highly offensive," Conway insisted. "So you should tell us all who it is."

Conway said she would not respond to the comment, because she was "not going to engage in hypotheticals."

George Conway, her husband and relentless Trump critic, is half Filipino.

When Jiang replied that she did not know that, Conway retorted, "You're all so obsessed. I thought you knew."