“There is no greater moral crime than betraying your country in a time of crisis,” the Fox News host says 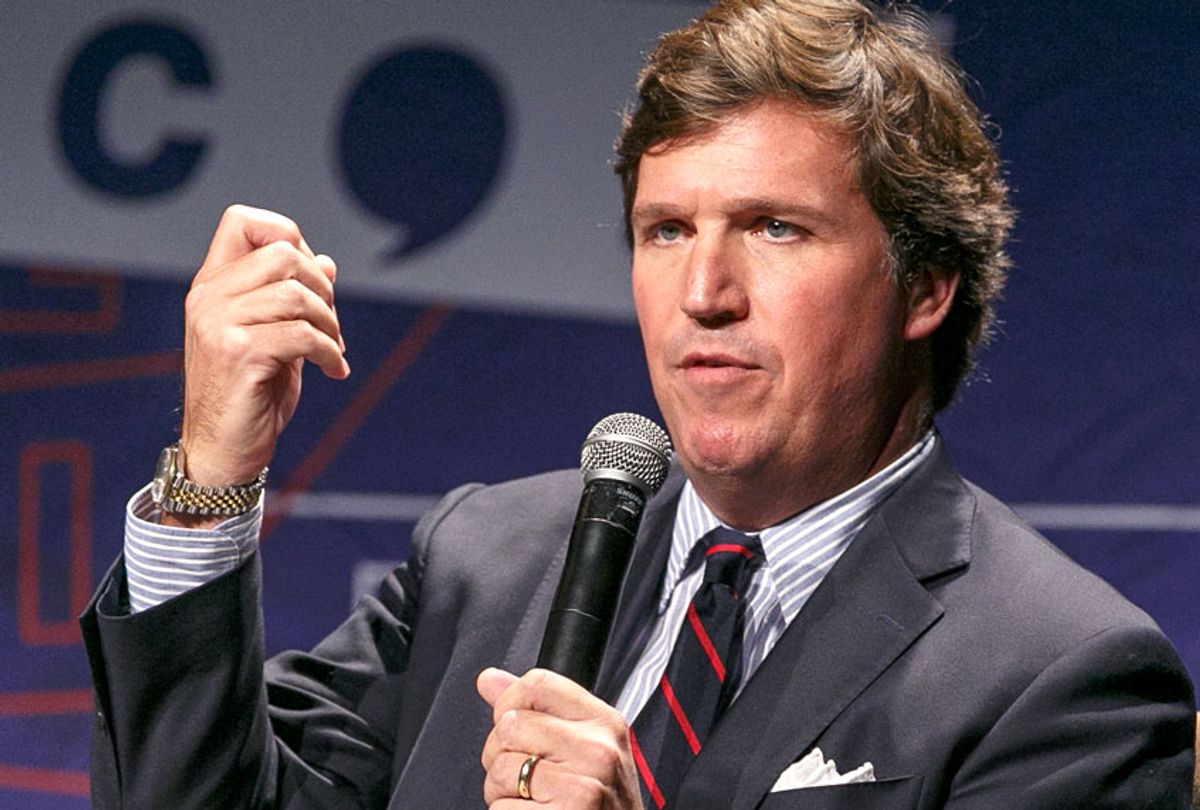 On Fox News Thursday, right-wing commentator Tucker Carlson laid into Sen. Richard Burr (R-NC) following reports that he offloaded $1.6 dollars in stock after private briefings on coronavirus, even as he publicly downplayed its threat to the economy.

"You may have seen the news reports this afternoon that the chairman of the Senate Intelligence Committee sold more than a million dollars in stock in February, after learning how devastating the Chinese coronavirus could be," said Carlson. "He had inside information about what could happen to our country, which is now happening. But he didn't warn the public. He didn't give a primetime address. Didn't go on television to sound the alarm. He didn't even disavow an op-ed he had written just ten days before claiming that America was, quote, 'better prepared than ever for coronavirus.'"

"He didn't do any of those things," continued Carlson. "Instead, what did he do? He dumped his shares in hotel stocks so he wouldn't lose money. And then he stayed silent. Now, maybe there's an honest explanation for what he did. If there is, he should share it with the rest of us immediately. Otherwise, he must resign from the Senate and face prosecution for insider trading."

"There is no greater moral crime than betraying your country in a time of crisis," added Carlson. "And that appears to be what happened."