“I’m shaking with rage," a colleague said. "He irresponsibly stayed all day at the Capitol and exposed all of us" 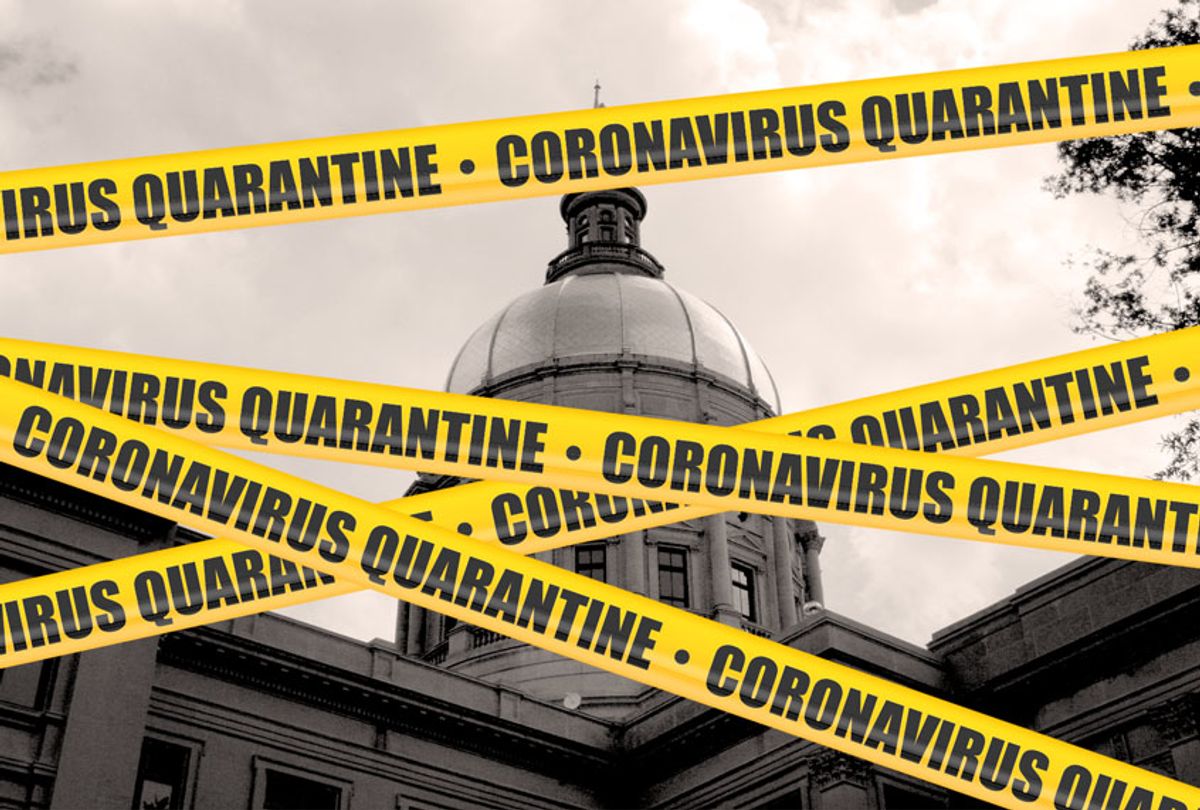 The entire Georgia state Senate was told to self-quarantine for 14 days after a Republican member showed up to vote despite waiting on a coronavirus test that later came back positive.

Senate leaders said in a statement that the state's health authorities asked all members and staffers to self-quarantine after a senator "had been diagnosed with the novel coronavirus."

The statement also warned that members of the public "who frequent the Capitol should use their best judgment when making a decision to self-quarantine and should contact their primary care provider if they begin to exhibit any symptoms."

Sen. Brandon Beach, a Republican who represents Alpharetta, told The Atlanta Journal-Constitution that he was screened for the new coronavirus on Saturday after experiencing a mild fever and a cough.

"The diagnosis I was given was not coronavirus, but I did get tested for it on Saturday," Beach told the Marietta Daily Journal. "With medication, I felt better by Monday and thought I was in the clear. Today, however, my test came back positive."

He said that he continues to "suffer from a fever and cough" but is "following doctor's orders, including the admonition to stay away from the hospital unless it becomes difficult to breathe."

Lt. Gov. Geoff Duncan and House Speaker David Ralston quickly urged all 236 state lawmakers in both legislative chambers and their staff to isolate themselves until March 30.

Georgia Gov. Brian Kemp, a fellow Republican, said in a radio interview that Beach's actions were a "good example of why people need to do what we're asking them to do."

"The biggest thing is social distance yourself," he said. "If you are sick, do not — do not — go out. Stay home until you can figure out what's going on. Don't go to the doctor. Don't show up at the emergency room. Don't show up at work."

Beach's colleagues were furious that he exposed them and their families to the coronavirus.

"I'm shaking with rage. We were told if we had symptoms to refrain from going to the Capitol on Monday. Senator Brandon Beach knew he was exhibiting symptoms since MARCH THE 10TH!" state Rep. Scot Turner said in a Facebook post. "I have an elderly hospice patient at home. He irresponsibly stayed all day at the Capitol on Monday and exposed all of us."

The news comes as two members of Congress tested positive for the virus on Wednesday.

Rep. Mario Diaz-Balart, R-Fla., announced he tested positive for COVID-19 and urged the public to take the virus "extremely seriously." Rep. Ben McAdams, D-Utah, announced that he tested positive shortly after that and said he would self-quarantine. Both congressmen are in "good condition," said the Office of the Attending Physician, according to CNN.

A congressional aide told the network that the Capitol physician's office is reaching out to members who may have had contact with the two lawmakers.

A bipartisan group of House members urged leaders to allow remote voting during the coronavirus crisis.

"We are undermining our unified bipartisan message to the American people when we come together in the crowded House floor to vote," the lawmakers said. "The image of over 430 members and approximately 100 staffers clustered together on the House floor during votes is inconsistent with public health guidance from public health officials."