Do you miss sports? It's always game day somewhere streaming on your TV

Your favorite ballgame may be benched for the season, but these alternatives can scratch any sports itch 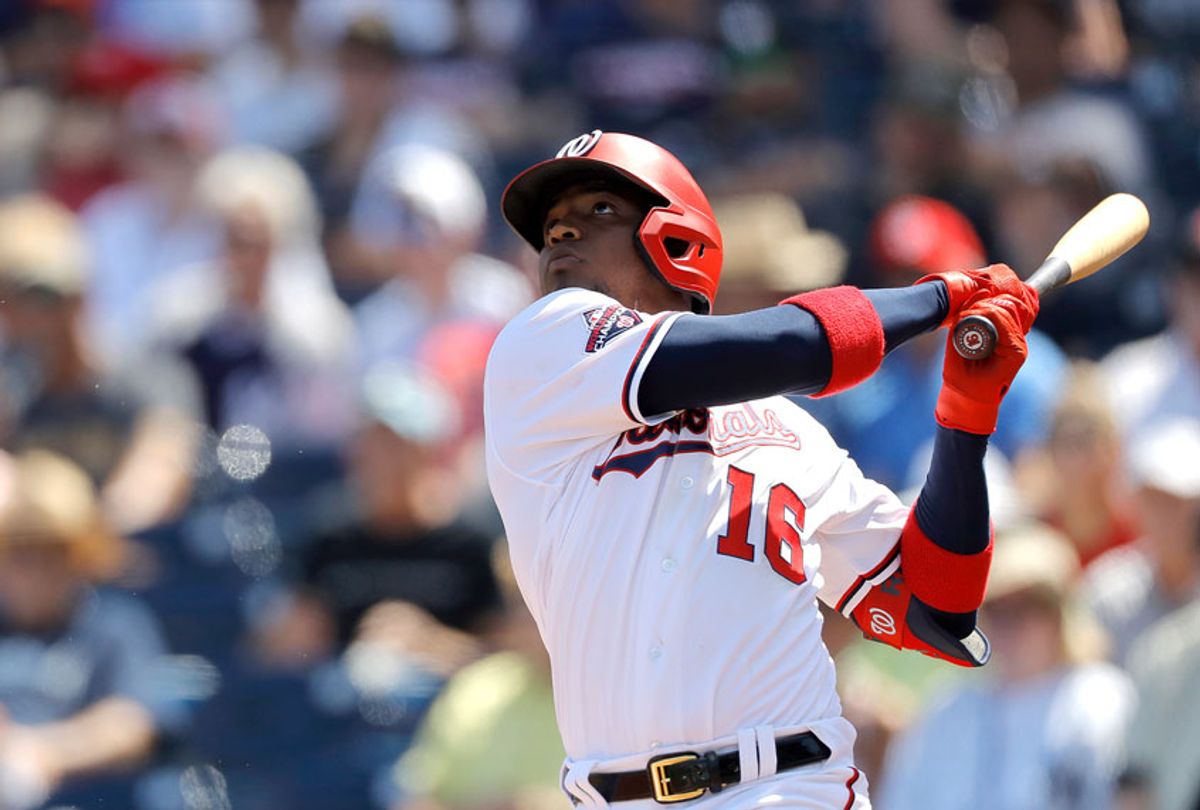 Major League Baseball's 2020 season has been delayed. The NCAA cancelled March Madness, and the NBA has suspended its season indefinitely. So far the NHL is optimistically, perhaps foolishly, planning to move forward with the 2020 season, while the NFL draft is reportedly continuing without its public fan events.

Not even professional golf is immune to the impact of COVID-19: the Masters Tournament, the Augusta National Women's Amateur and the Drive, Chip and Putt National Finals all have been postponed. Do you even need to ask about wrestling and the UFC's mixed martial arts competitions in this age of social distancing?

Never in most of our lifetimes have sports fans been so bereft of live, pulse-pounding reasons to overdose on jalapeno poppers, Hot Pockets, and beer. You gotta feel for them . . . at a distance of at least six feet.

Luckily the world of streaming is awash in alternatives to satisfy anybody's sports fix, whether by way of scripted series that capture the essence of your favorite game and the personalities that make it great, or engaging documentaries to strengthen your trivia chops.

So grab a beer, park your keister on the couch and check out this round-up of a few of the greatest shows about the "sports balls" that have been very, very good to us.

"Baseball: A Film By Ken Burns" In lieu of spring training and opening day joy, America's favorite documentary filmmaker has given PBS his blessing to make all 18 and a half hours and nine "innings"  of his 1994 documentary series available to stream at PBS.org. (To show your appreciation, consider donating whatever money you would have spent on beer and hotdogs at the ballpark to your local PBS affiliate.)

Available to stream at PBS.org.

"Jackie Robinson" If nine innings of "Baseball" aren't enough for you, Burns' two-part documentary on Robinson, the first African American to play in the major leagues and one of the game's most beloved figures, is available for purchase for $9.99 on Amazon.com. Keith David narrates, with Jamie Foxx providing the voice of Robinson, whose legacy includes his work as a integrationist when he was in the league and his impact as a newspaper columnist, activist and civil rights advocate in his post-baseball years.

"Brockmire" IFC's foul-mouthed screwball comedy, starring Hank Azaria as the world's wittiest downward-spiraling baseball announcer and Amanda Peet as his boss and occasional lover Jules, just kicked off its fourth and final season on IFC. But if you haven't treated yourself to the so-very-wrong-it's-right comedy yet  – or really, even if you have – the first three seasons are available to stream on Hulu and well worth gorging upon.

New episodes debut Wednesdays at 10 p.m. on IFC. The fourth season premiere is available to stream for free at IFC.com.

"All American." Prior to our national hunkering down, most people probably had no clue that this CW series existed. Thanks to a whole lot of school closures and game cancellations (we're guessing) it's now the most popular title on Netflix. It's easy to see why: The story, which is inspired by the life of pro football player Spencer Paysinger, follows Spencer James (Daniel Ezra) a gifted high school football player from South L.A recruited to play for Beverly Hills High. This tremendous opportunity forces Spencer to navigate the extreme differences between these two social class systems. In other words, think "Friday Night Lights" meets "The O.C."  Taye Diggs also stars, which you probably know already if you're on Twitter. After all, he probably follows you.

Available to stream on Netflix.

"O.J.: Made in America" If FX's "The People V. O.J. Simpson: American Crime Story" was the scripted event series of 2016, ESPN's Academy-Award winning "30 for 30" documentary "O.J.: Made in America" has to be the documentary series everyone was talking about that same year. In response to its suddenly wide-open schedule the sports-centered network is re-airing it over three nights in prime time. (Please note: this listing has been updated since first publication to reflect a change in ESPN's schedule.)

"Sports Night" Before Aaron Sorkin made us all want to throw our TVs out the window with "The Newsroom," he created one of the crispest, most concise and hilarious comedies on television. Peter Krause and Josh Charles star as sportscast co-anchors Casey McCall and Dan Rydell, with Felicity Huffman playing Casey's on-and-off love interest Dana Whitaker, the show's executive producer. Robert Guillaume, Josh Malina and Sabrina Lloyd round out the cast. By the way, if you find the laugh track in season one off-putting, fret not. It fades out and vanishes entirely by Season 2.

"Friday Night Lights" One of the greatest broadcast dramas of the last two decades, Peter Berg's tenderhearted series is eternally loved by critics and the fans who finally gave it a shot while it aired on NBC. If you count yourself among the show's devoted boosters, now is as good a time as any for a re-watch. As for those catching it for the first time, prepare to fall in love with Kyle Chandler and Connie Britton as the world's greatest high school football coach Eric Taylor and his devoted wife Tami. The power of the team's signature motto is tough to beat: "Clear eyes, full hearts, can't lose."

Available to stream on Hulu and NBC.com.

"Pitch" One of the most underappreciated series of 2016 was this Fox drama, a "what if" story by Dan Fogelman and "Sons of Anarchy" executive producer Paris Barclay about Ginny Baker (Kylie Bunbury), the first woman to play in Major League Baseball. All of the tenderness and passion Fogelman pours into "This Is Us" hits the field in this show, and it's a shame it didn't last longer. But you can see for yourself if you choose.

The 10 episode series is available for purchase and download on Amazon.

"Top Chef: Kentucky" While the Kentucky Derby isn't taking place on its usual Saturday in May, the good news is that it's been rescheduled to Saturday, Sept. 5 instead of canceled. Still, that is many, many mint juleps from now. Luckily for us, the 16th season of Bravo's venerable cooking competition is available to stream right now, and kicks off with a Derby-themed challenge at Churchill Downs. Get to binging!

Available to be streamed on Hulu.

"Arli$$" Before Sandra Oh was hunting a psychopath on "Killing Eve" and stealing the show on "Grey's Anatomy" she played Rita Wu, a woman run ragged by her client-obsessed boss, sports agent Arliss Michaels (Robert Wuhl). The long-running HBO comedy pre-dates the arrivals of "Sex and the City" and "The Sopranos" but was decidedly niche in its appeal. Because of this, "Arli$$" didn't enjoy the massive appeal and timelessness of those series and others. Nevertheless, sports fans delighted at its numerous cameos throughout its 80 episode run. So if you are hankering for dozens of pro sports blasts from the past, this might be your idea of a classic.

Available for streaming on HBO Go and HBO Now.