Bumping elbows at the United Nations 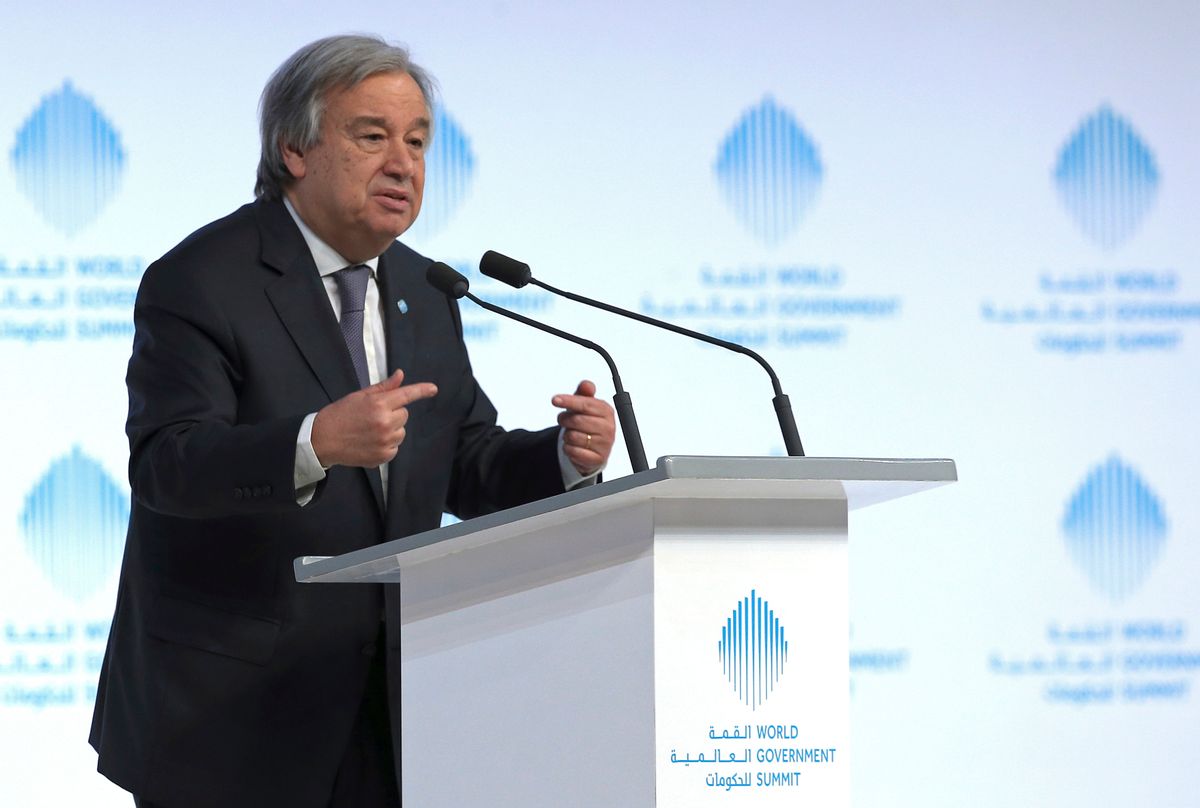 The United Nations has shut down most of its meetings and all of its conferences, but the world body in New York stays open. There are peacekeeping missions to follow, conflicts around the world and the plight of the millions of refugees from wars that don't heal.

But most of the work is done electronically with meetings conducted remotely. Despite the coronavirus (COVID-19), Secretary-General Antonio Guterres reports to work and telephones UN officials and world leaders from his office.

Major summit conferences have been canceled, and travel bans have left many diplomats stranded. The 193-nation General Assembly, the global parliament, has had no meetings since March 6, and the 15-nation prestigious Security Council intends to meet only when there is no other way to discuss or vote on a measure electronically.

On March 19, Guterres held a remote press conference with resident correspondents following sign-in instructions from the chief spokesman, Stephane Dujarric, who, along with his deputy, Farhan Aziz Haq, had appeared in person every noon until March 17. This time Melissa Fleming, the undersecretary-general for global communications, led the session but allowed few questions.

The UN chief warned that current responses to the world's common enemy, coronavirus, were inadequate because "we are in an unprecedented situation and the normal rules no longer apply."

"This is a moment that demands coordinated, decisive, and innovative policy action from the world's leading economies. We must recognize that the poorest and most vulnerable—especially women—will be the hardest hit," Guterres said.

"A global recession—perhaps of record dimensions—is a near certainty," he said. Guterres cited a report by the International Labor Organization that said workers around the world could lose $3.4 trillion in income by the end of this year.

Guterres said he would participate in an emergency summit the following week, by teleconferencing, with the leaders of the Group of 20, major economic powers, who intend to respond to the pandemic. He appealed to them to have "a particular concern with African countries" and other countries in the developing world. Saudi Arabia called the meeting.

A prime minister of Portugal from 1995 to 2002 and chief of the UN refugee agency from 2005 to 2015, Guterres said governments and central banks have to guarantee there is liquidity in the financial system. Banks, he said, have to "support their customers" but "apply that same logic to the most vulnerable countries" by alleviating their debt.

On March 9, a diplomat from the Philippine mission to the United Nations had tested positive for the virus, the first case reported in New York. And more recently, one staff member, who was not identified, came down with the virus, and a close colleague of this reporter recently announced he had tested positive but was recovering.

More than 20 UN officials worldwide have come down with the virus, Dujarric said. One was David Beasley, the executive director of the Geneva-based World Food Program. He is resting at his South Carolina home.

The cancellations in the world's largest multinational forum have been painful. The first was the 1,200-plus women from around the world expected to attend the annual Commission on the Status of Women events in mid-March. Their lobbying often changes the position of governments. They are also valued for making connections across the globe and participating in many side events.

Among many other key events were at least two regional meetings to prepare for COP26 (Conference of Parties) in Glasgow, the UN climate change conference in November, which had promised some concrete action this year. Of course the United States has opted out of support for climate targets.

Still, the UN is reeling from the cuts in daily meetings. To achieve an agreement or consensus on nearly every subject in the world, especially conflicts, diplomats need to talk to each other face to face.

And most startling would be a postponement or cancellation in September for the UN General Assembly, the largest global multilateral forum that would also celebrate the world body's 75th anniversary.

Meanwhile, the World Health Organization (WHO), a UN agency, has overcome some earlier criticism in shielding member states from bad news on AIDS and other epidemics. It now gives daily updates, has distributed testing and other equipment and has visited such danger spots as China and Iran to analyze the virus.

"The Trump administration is eyeing steep cuts to global health funds in its 2021 budget proposal," Foreign Policy reported. In 2020, the administration allocated $123 million to WHO. This would be cut to less than $58 million next year. "The budget proposal also calls for slashing more than $3 billion from the more than $9 billion Congress approved for global health programs managed by the State Department and USAID," Foreign Policy noted.

Perhaps Congress will stop this.