With oil prices falling amid the COVID-19 recession, it's the beginning of the end for fracking

With prices plunging, the entire oil industry is in peril. What's bad for investors is good for the planet 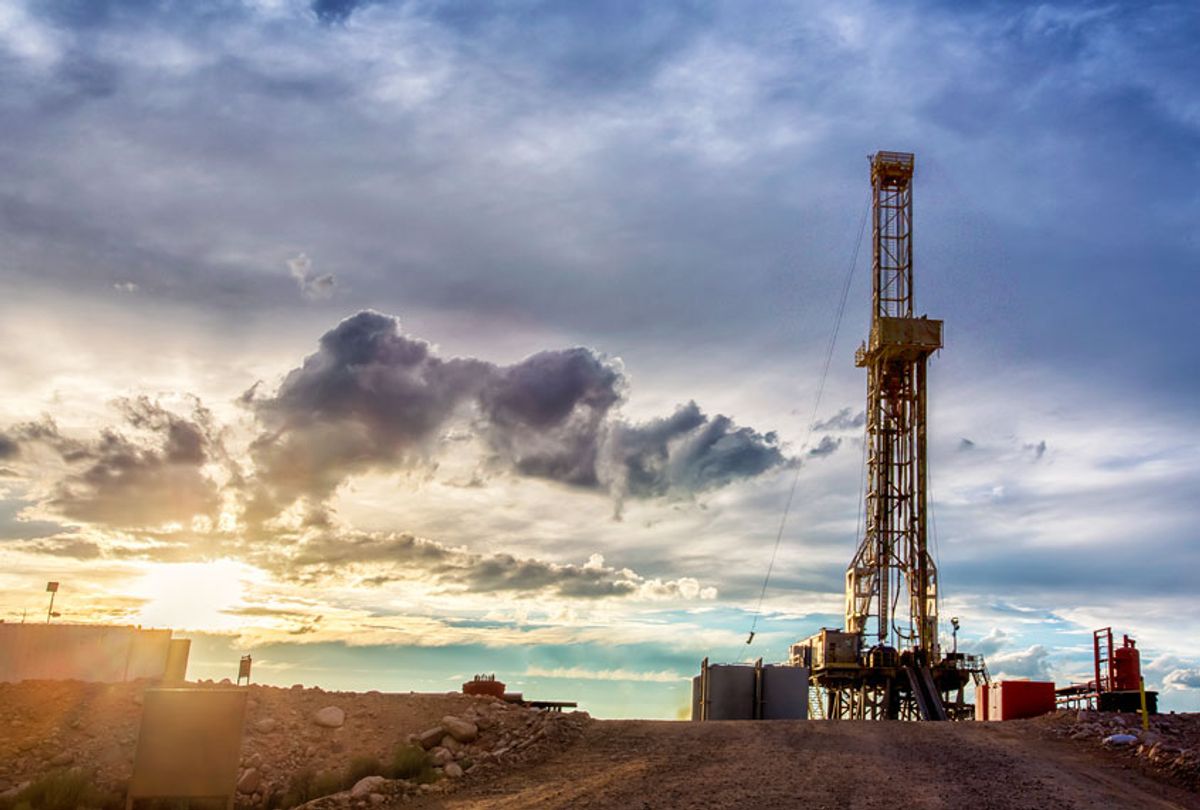 Last Monday, the price of West Texas Intermediate petroleum fell below $30 a barrel for the first time in four years. (It has since rebounded slightly.) Elliot Smith at CNBC reports that BP CFO Brian Gilvary is braced for petroleum demand actually to contract in 2020.

This prediction is very bad news for U.S. fracking firms, most of which need a price point of from $40 to $60 a barrel to make their hydraulic fracturing method of oil production profitable.

In the Democratic primary debate last weekend, Bernie Sanders pledged to ban fracking entirely, and even Joe Biden said no new fracking would be allowed. Fracking may be moribund anyway by November, and if a Democrat wins the presidency, the industry may never recover.

Not only is petroleum likely headed way below that profitability floor, but many energy firms involved with fracking are deeply in debt, and had taken out the debts with their petroleum fields as collateral. Since their collateral is worth only half what it used to be, the banks will call in their loans. Other energy firms involved in fracking have held significant assets in their own stocks, the price of which just zoomed to earth like a crashing meteor.

Energy investor EnCap Investments pulled off a rarity in the U.S. shale business earlier this month, the $2.5 billion sale of oil producer Felix Energy to rival WPX Energy Inc, striking a deal at a time when energy mergers have all but dried up. EnCap's big payday, 153 million WPX shares valued at $1.6 billion plus $900 million in cash, proved short-lived as convulsing oil and stock markets knocked nearly two-thirds off the value of WPX shares within days of the closing.

Fracking has been banned by countries such as France, and by states such as New York because it is highly polluting, leaving behind ponds of toxic water. Moreover, research has demonstrated that the process of fracking, which involves pumping water under high pressure underground to break up rocks and release oil or natural gas, causes gargantuan methane emissions that had earlier been underestimated as much as 45%. The methane in the atmosphere is burgeoning, and scientists had puzzled over why. But scientists have fingered the culprit: fracking. Methane is 80 times as potent a heat-trapping gas as carbon dioxide over two decades, and carbon dioxide is no slouch. A quarter of the global heating effect of greenhouse gas emissions put out by humans burning fossil fuels is owing to methane emissions. Rapid heating is melting the North and South Poles, causing sea level rise that will soon be calamitous.

Given that the world population is increasing and that developing countries such as China and India and Indonesia are seeing more and more people abandoning their bicycles or bus rides for mopeds or automobile ownership, for the world to want less petroleum this year than it did last is extremely unusual.

We are getting a preview, courtesy of COVID-19, of what will happen through the next decade and a half as electric vehicles take off, significantly reducing demand.

Do you know what happens if demand falls and production increases? The price falls. In fact, it doesn't just fall. It collapses. It takes a deep dive. It falls off a cliff. It craters deep beneath the earth's crust.

How steep the fall is depends in part on whether Saudi Arabia and Russia keep playing chicken. Saudi Arabia wants to discipline Moscow, which rejected OPEC+ production quotas aimed at reducing supply and supporting a $60-per-barrel price. So Riyadh is opening the spigots, upping its production by two million barrels a day. Saudi Aramco says it is comfortable with a price point of $30 a barrel. But unfortunately for Aramco, the price may not have stopped falling.

Andreas de Vries at Oilspot.com believes the price could fall to as little as $10 a barrel later this spring. In 2019 the price tended to be around $60 a barrel.

The fossil fuel companies that lack deep pockets could well just fail this year. Brenda Sapino Jeffreys quotes Jason Cohen, an attorney at Bracewell in Houston, as saying of the oil industry, "There is, I'd say, a seller's market for bankruptcy talent."

This steep decline in stock prices and oil prices comes on top of a five-year run in which the market has destroyed 90% of the value of U.S. investor stocks in oil services. That is, we could this year be entering an oil market crisis as severe as the Asian banking crash of 1997-1998.

The difference is that by the time fossil fuels come out of their economic doldrums, renewables will have stolen a further march on them. From here on in, hydrocarbons are beginning their death spiral. Friends don't let friends invest in petroleum companies, and nobody should have those stocks in their retirement accounts — if they ever want to retire.