2020 Olympics in Tokyo have been postponed amid coronavirus pandemic

Lockdowns across the globe are affecting 1.7 billion people, while coronavirus deaths have topped 16,200 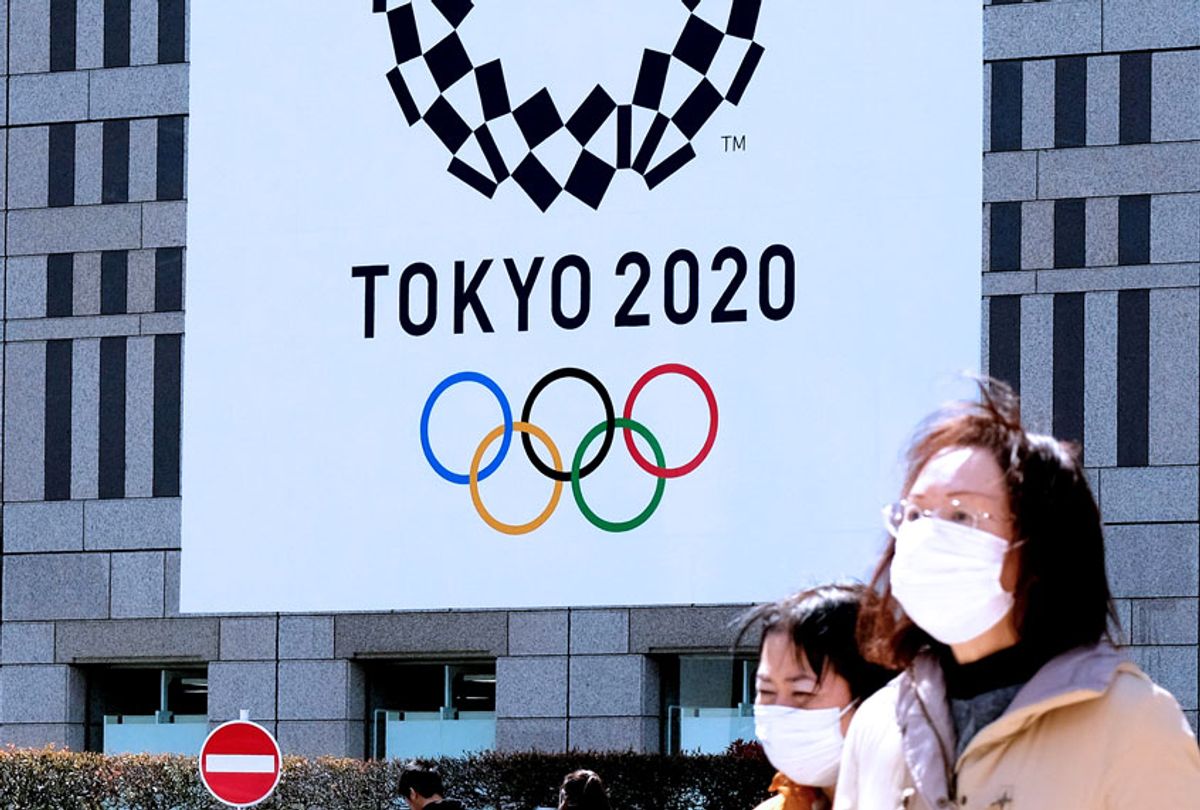 Pedestrians wearing face mask walk before the logo of the Tokyo 2020 Olympic Games displayed on the Tokyo Metropolitan Government building in Tokyo on March 24, 2020. (KAZUHIRO NOGI/AFP via Getty Images)
--

The Tokyo 2020 Olympic games have been postponed.

Olympic chief Thomas Bach held talks with Japanese leader Shinzo Abe on Tuesday as they came under intense pressure to act quickly and postpone the Tokyo Summer Games because of the growing coronavirus pandemic.

The United States became the latest team to urge a postponement of the July 24 start date, a day after Canada and Australia both pulled out and with Britain also expected to withdraw.

The virus lockdown has shut down competition, including Olympic qualifiers, and made training not just difficult but also dangerous, as athletes risk contracting or spreading COVID-19.

IOC officials studied a postponement, among other options, but they initially said a decision would be "premature" four months from the scheduled start.

"My interpretation of the IOC's communications is they don't want to cancel, and they don't think they can continue with the July 24 date," senior IOC official Dick Pound told AFP.

Lockdowns across the globe are affecting 1.7 billion people, while coronavirus deaths have topped 16,200 with more than 377,000 declared infections in 175 countries and territories, according to an AFP tally.

The US Olympic team came out in favor of postponement after a survey of 1,780 US athletes found an overwhelming majority — 68 percent — backed delaying the Games.

"Our most important conclusion from this broad athlete response is that even if the current significant health concerns could be alleviated by late summer, the enormous disruptions to the training environment, doping controls and qualification process can't be overcome in a satisfactory manner," the United States Olympic and Paralympic Committee said.

USA Gymnastics also said it was "adding our voice to the chorus advocating for postponement", after USA Swimming and USA Track and Field had already urged the US Olympic committee to press for a delay.

Meanwhile, British Olympic Association chairman Hugh Robertson said Britain was poised to follow Canada and Australia by pulling out of the Games.

"I think it is very simple," said Robertson. "If the virus continues as predicted by the Government, I don't think there is any way we can send a team."

With opposition to the July start reaching deafening levels, athletes questioned why the IOC needed weeks to come to a decision. The Olympic torch relay is due to start in Japan on Thursday.

"Such a response is unacceptable, irresponsible, and once again ignores the rights of athletes," said Global Athlete, an organization which aims to speak for sports competitors.

"Bach's stubbornness and arrogance has spectacularly failed in this instance and he has weakened the Olympic movement," Skinner wrote on Twitter.

"This isn't the first time he has put his own motives above the athletes and the movement."

British hurdler Dai Greene said the "dither and delay" was "obscene" while Ed Warner, the chairman-designate of British wheelchair rugby, said the IOC had misjudged the mood.

World Athletics said it was prepared to shift its world championships, scheduled for August 6-15 next year in Oregon, to accommodate a potential Olympics next summer, seen as the most likely option.

But experts warn that shifting the Tokyo Games, which are seven years in the planning and have a price tag of $12.6 billion, is no simple matter.

"It is mind-bogglingly complex to make a sudden change after seven years of preparation for the biggest sporting event in the world," Michael Payne, the IOC's former head of marketing, told AFP.

(with additional reporting from AFP)