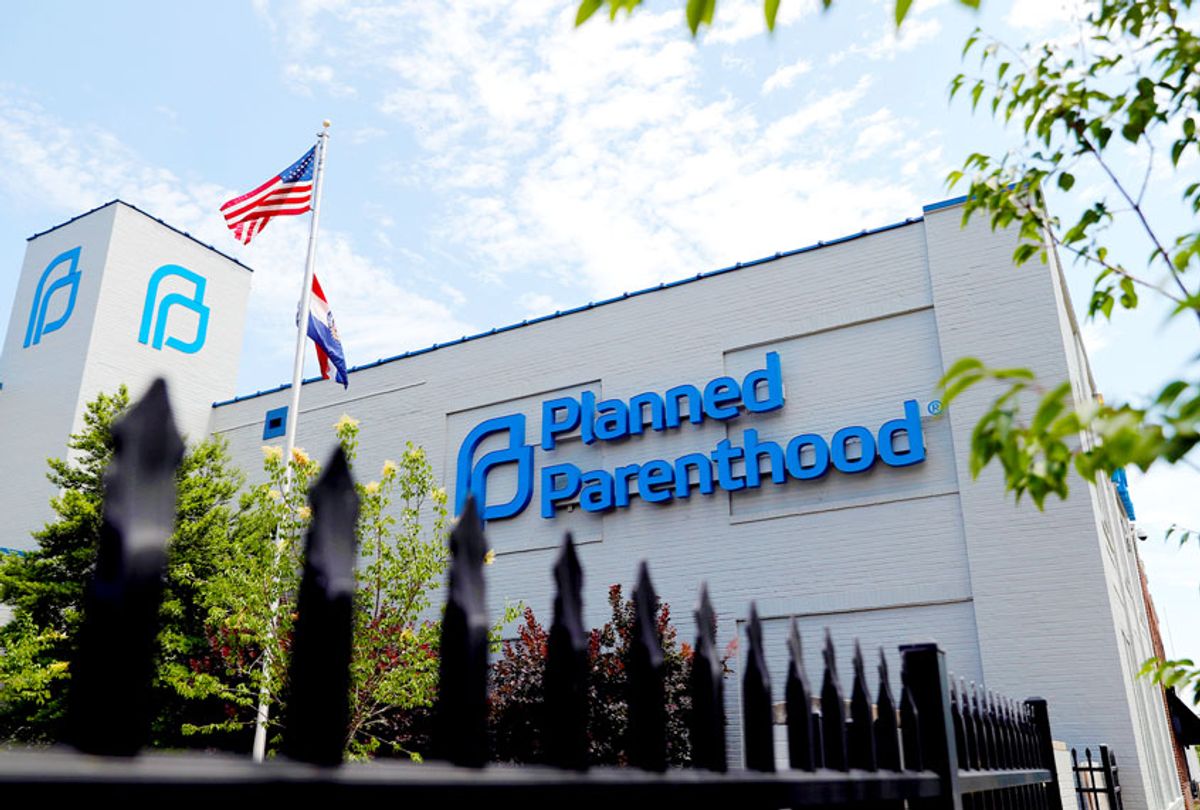 People keep getting sick and the economy is cratering, but for Republicans, hating women is still a major priority. Republican governors in Texas, Ohio and even Maryland are trying to use the coronavirus crisis as an excuse to block women from getting abortions, claiming that ending a pregnancy is a "nonessential" medical procedure that must be rescheduled, as is happening with non-emergency surgeries and other procedures that hospitals are delaying, to prepare for the expected crush of patients infected with COVID-19.

This excuse is farcical on its face, of course. Most abortions are performed not in hospitals, but outpatient clinics. A patient who goes to Planned Parenthood is not taking up space in a hospital because she is not going to the hospital. In order to get around this problem, the misogynists who control the Republican Party are trying to argue that abortion clinics use up needed medical supplies that should go to hospitals instead. This too is a bad-faith argument, especially since Donald Trump is refusing to invoke his presidential powers to compel companies to manufacture those supplies.

We should see these arguments from Republicans as what they are: Excuses for doing what they have wanted to do all along, which is to punish women for having sex by forcing childbirth on them. But abortion is hardly a "nonessential" service, even in a public health crisis. Abortion is essential health care. Having ready access to abortion when it's needed only becomes more important in a crisis such as this one.

Conservatives talk about abortion as if it were some frivolous decision, made by women who are irresponsible and heedless of consequences. But research shows the exact opposite: Women get abortion to protect not only their own futures, but those of their children.

The Guttmacher Institute's survey of women who get abortions found that the "reasons most frequently cited were that having a child would interfere with a woman's education, work or ability to care for dependents (74%); that she could not afford a baby now (73%); and that she did not want to be a single mother or was having relationship problems (48%)." Not on the list of reasons, however, was having an abortion for the hell of it.

Because of all this, Planned Parenthood in Ohio has announced that it will "continue providing essential procedures, including surgical abortion," in defiance of an apparent directive from Gov. Mike DeWine, a Republican.

The coronavirus crisis only makes the need for accessible abortion all the more pressing, because being pregnant at a time like this is incredibly fraught. As the New York Times reported on Sunday, fertility clinics across the country are canceling procedures like in-vitro fertilization — in part because doctors cannot, in good conscience, recommend pregnancy right now.

But the physical risks are minor compared to the larger social and economic concerns facing women right now. Predictions for the unemployment rate suggest it may soar as high as 30% in the second quarter of this year, which would be worse than the peak levels during the Great Depression. Democrats and Republicans in Congress are negotiating how generous to make the economic stimulus bill for ordinary people, but even the superior Democratic bill falls far short of replacing the full incomes of people thrown out of work. Having a baby is an economic risk even in good times. Right now, it's more than understandable if that's a risk many women don't want to take until things turn around — which may take years.

Of course, the real reason that conservatives want to classify abortion as "nonessential" has little to do with health or economic concerns, and everything to do with sex. It's all about shaming and stigmatizing people, especially women, who have sex for pleasure instead of as strictly a procreative process within heterosexual marriage.

There's nothing puritans love more than than the opportunity to shame and police other people for experiencing pleasure. Unfortunately, the coronavirus crisis offers these modern-day crusaders against immorality an all-purpose excuse for their urge to punish others for having fun. Whatever the "official" excuses being offered by anti-choicers for pushing to ban abortion during the coronavirus pandemic may be, it's really all about the desire to demonize and punish sexually active women to the greatest possible extent.

How can we know this for sure? Because none of the people trying to block abortion access right now are talking about the necessary preventive care that can help people get through this crisis without experiencing unwanted pregnancy: contraception. On the contrary, the same Republicans who are trying to use this crisis as an excuse to ban abortion have also been fighting for years to reduce access to birth control, by trying to keep insurance companies from covering it or preventing state funds from going to clinics like Planned Parenthood that make contraception affordable.

But if we're going to get through this crisis, we will need to be more generosity, not less, towards people's desire to find pleasure and comfort where they can — including through sex. People are locked up in their houses, unable to socialize with people other than, in most cases, a spouse or a partner. It exposes the deeply mean-spirited nature of the anti-choice movement that its leaders are so eager to push an anti-sex agenda at a moment when sex is one of the best sources of solace millions of people have.