"Amazon did not 'give' us PTO," declared part-time workers in Chicago, "we took our PTO from Amazon's greedy hands" 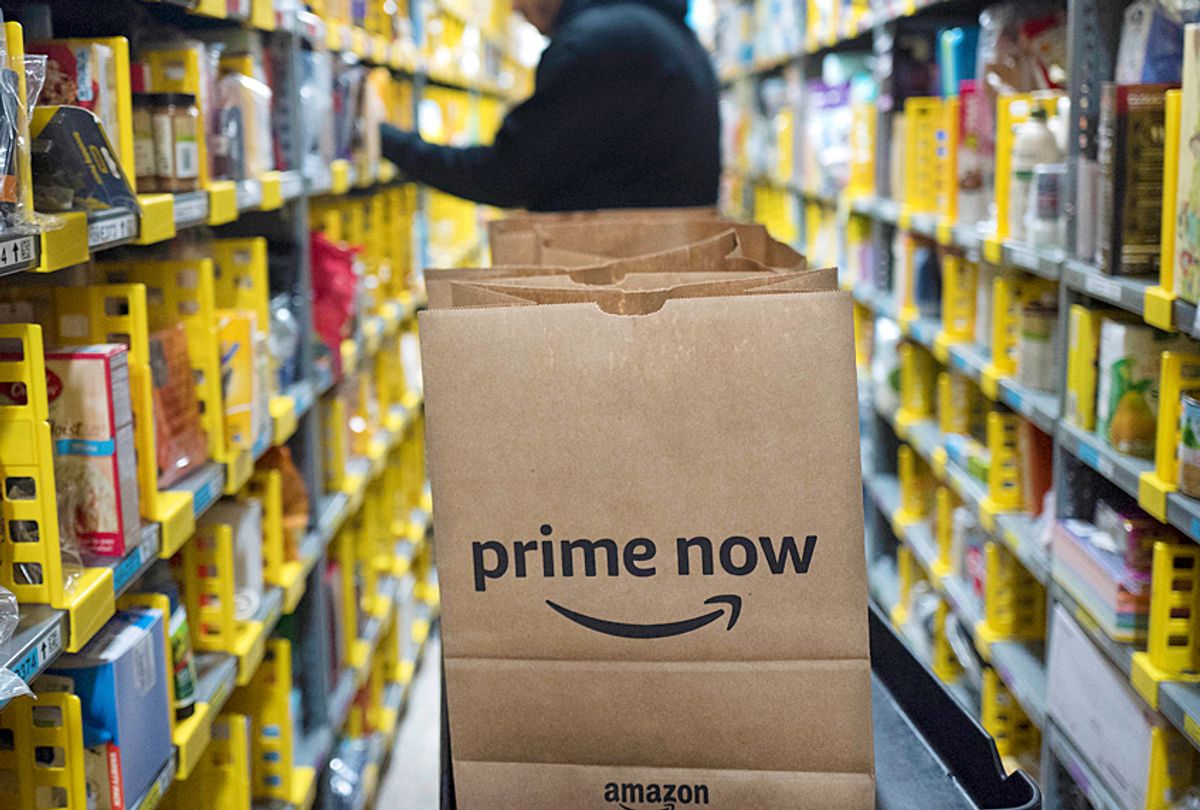 Amazon warehouse workers in Chicago on Monday were credited with forcing the company to finally guarantee the paid time off policy clearly stated in Amazon's employee handbook, following a months-long campaign.

Amid condemnation over Amazon's treatment of its employees during the global coronavirus pandemic, the company released a memo to its 800,000-strong workforce stating that starting Monday, all part-time and seasonal employees will be permitted to submit paid time off (PTO) requests, just as full-time workers can.

The new policy is simply a confirmation of what's stated in the company's employee manual, wrote a group of warehouse workers in Chicago known as DCH1 Amazonians United.

"Amazon did not 'give' us PTO — we took our PTO from Amazon's greedy hands," wrotethe workers in a Medium post Sunday. "We went up against the wealthiest man in the world and we won."

After organizing last year to make sure they have access to clean drinking water at their work facility and successfully pressuring their managers to address the problem, with 150 workers signing a petition, the workers took on the company in January over its refusal to grant them PTO.

The employee manual clearly stated that all employees who work 20 hours per week or more are entitled to "paid personal time to be used in the event of illness or other personal business."

When they confronted their managers with their demand and the stated policy, the group wrote, the management "gave us all sorts of excuses saying 'this policy doesn't apply to y'all because you're part-time workers' despite the policy stating that associates who regularly work over 20 hours, like us, get PTO. Then management claimed that we don't get PTO because we're 'Class Q employees' which we had never heard of before."

DCH1 Amazonians United responded by passing out flyers to their coworkers showing them the PTO they were supposed to be entitled to and wearing "Amazonians United for PTO" pins to work. The campaign eventually garnered 251 signatures on a petition which they presented to top-level managers at three separate All-Hands meetings over the past three months.

On Friday, Amazon released a statement to all employees saying part-time workers would be entitled to PTO.

The DCH1 Amazonians United victory followed widespread condemnation of Whole Foods — owned by Amazon CEO Jeff Bezos — after it suggested, in the middle of a global public health crisis, that employees "donate" their PTO to a pool that all workers could draw from.

The coronavirus pandemic has exposed the public health hazards associated with the United States' lack of federal paid sick leave protections and corporations' refusal to offer PTO. Last week, Amazon reported the first case of coronavirus in one of its U.S.-based warehouses and, according to workers, asked employees to report to the warehouse just hours after the case was detected — potentially exposing more workers and consumers to the coronavirus.

"Seeing firsthand how Amazon's response to this pandemic was (and still is) recklessly endangering the lives of our most vulnerable coworkers, we had to act," DCH1 Amazonians United wrote.

Following their campaign, they added, "We have now won PTO for tens of thousands of fellow Amazon workers and we celebrate our win! But we celebrate knowing that Amazon did not grant us PTO out of the kindness of their hearts."

The workers warned that the company has already created a loophole in its latest promise to provide its employees with PTO, combining the company's PTO with the paid sick leave mandated by laws in some parts of the country.

"We have to keep fighting so that Amazon gives us our PTO on top of the sick time we already have," the group wrote. "This means that we need to grow solidarity between our workplaces and grow into a national movement. We need our Sick Time for when we're sick. We need our PTO for when we need some Personal Time off. And we need our Vacation Time so we can enjoy life a little."