From "New Waves" to "On Immunity," what "Little Fires" author Celeste Ng is reading right now

Plus, the one TV show she's watching (besides that drama on Hulu starting Reese Witherspoon and Kerry Washington) 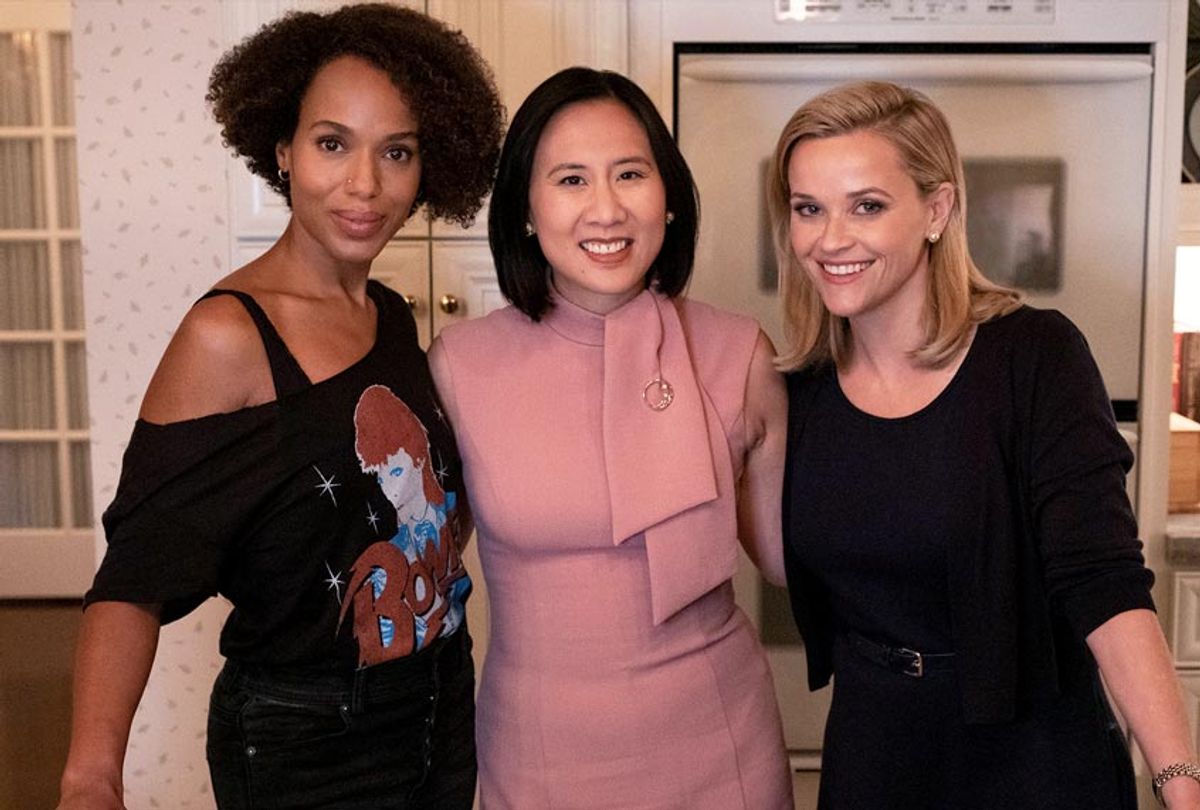 On Hulu's adaptation of the bestselling novel "Little Fires Everywhere," Reese Witherspoon's character Elena Richardson holds a book club gathering in her home, where artist Mia Warren (Kerry Washington) reveals her deep insight into the written material and women's psychology. Art imitates life in the scene, not only because Witherspoon chose "Little Fires Everywhere" as one of her own real-life book club selections when it was first published, but also because the novel's author Celeste Ng makes a cameo in that scene.

The book club energy continues as Ng shared with Salon which books are currently engrossing her. "I'm loving that the books that I have on my desk right now actually happened to do a lot with and push questions about race and class and privilege," she says.

Here are the three books Ng is reading right now (plus one TV show she's watching):

In the novel, Lucas and Margo scheme to steal a tech startup's user database as revenge for being treated like second-class employees. But when tragedy unexpectedly strikes, privacy is breached to reveal some surprises.

"I've got a novel called New Waves by Kevin Nguyen, which I actually read to blurb, but I just got a finished copy," says Ng. "I'm so happy that it's going out in the world. I do think it's really smart and really funny and talks about a lot of really interesting things."

In her blurb, Ng describes the novel as, "A knowing, witty, and thought-provoking exploration of love, modern isolation, and what it means to exist – especially as a person of color—in our increasingly digital age."

"I've got a book on my desk, also called 'Interior Chinatown' by Charles Yu, which really directly looks at things about class and race," says Ng. "It's in the form of a screenplay, and the main character is an Asian male actor who thinks that he, he is sort of this extra in his own life and he wants to work his way up to kung fu man, which he thinks is the only thing that an Asian man can actually try to be. He starts to realize maybe there's more to it than that."

In the novel, Willis Wu can't help but see that Asians only play certain parts when the procedural cop show "Black and White" is shooting the Golden Palace restaurant. But there's one person who is pushing him to see himself as just more than a Hollywood trope, and that's Willis' mother, who advises him to "Be more."

"On Immunity: An Inoculation" by Eula Biss

In the book, Biss investigates what it means to be immune, for the individual and for the social body. By looking into the fears about vaccines and even classic literature, she builds a picture of how everyone's fates are interconnected.

"I have to admit that I'm about to go back and reread 'On Immunity' by Eula Biss because I'm thinking a lot about questions of like collective responsibility, especially as the flu goes around and about sort of how we depend on each other and how interconnected we are," says Ng. "I'd read that when it came out, but it's a book that I now kind of want to just go and drop on everyone's doorstep in the country and hope that people read."

"I'm really behind on all of my reading and all of my watching, because I've been doing TV stuff and book stuff," she says. "So all of my recommendations will look like I am extremely behind the times, which I am.

"I'm watching 'The Crown" right now, just because I've wanted to watch it. It's a lovely bit of escapism in some ways because it's beautiful and they're royals, and it's historical. Also, speaking to the time that we're in, these questions about their privilege and what they just don't know about. And the acting is amazing."